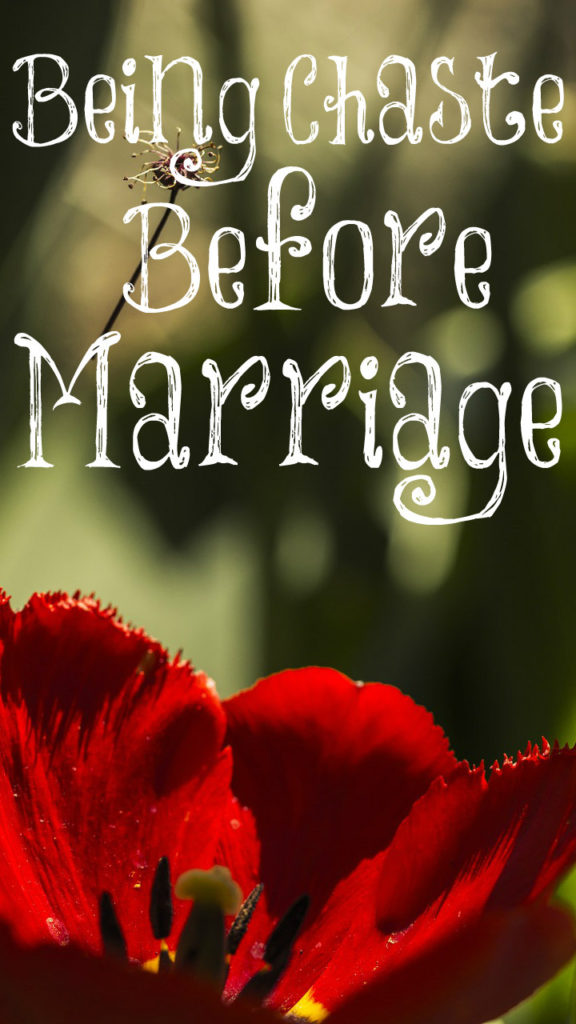 “Applied to persons before marriage, it signifies pure from all sexual commerce, undefiled; applied to married persons, true to the marriage bed.” I am reading a book written in 1946 by John R. Rice called The Home: Courtship, Marriage, and Children. He wrote an entire chapter about sexual purity before marriage and I sure wish I had read this when I was a teenager since I had a desire to please the Lord in everything.

Chapter Two is titled “Courtship and the Dangers of Petting.” Now, I realize a lot of you who are younger have no idea what “petting” means! We all knew what it meant when I was in high school. It means touching each other inappropriately and getting the “motors” of passion running which is only to be saved for the marriage bed. Because I was only taught to not have sex before marriage, I had no idea what the boundaries were up until intercourse. Most young couples keep pushing those boundaries and in the heat of passion, it’s very easy to go too far and have regrets and feel deep guilt.

“One of the dangers of petting is that it shuts off serious talk and preoccupies young people with the physical so they do not put their comradeship on the mental and spiritual plane…The movies, the dance, the fad for nudity, and the shameless uncovering of the bodies of women and girls lead to necking (kissing) and petting which are the last step before adultery…It is obviously intended that intimate love-making and petting are to lead to sex relations. And that means that such intimate petting and fondling are for married people.

When people trifle with the human body, then sometimes bodily passions take control and are stronger than the will, stronger than character…So petting stimulates the body to prepare for the sex act. Blood vessels are enlarge near the sex organs and they are filled with blood, become larger and more sensitive, increasing sex desire.” He goes on to write that this is especially so in the male and he needs release somehow.

If you thought it was “fun” to make out with guys, did you know that you were doing this to them? It makes sense why some parents set some strong boundaries with their children when it comes to being with members of the opposite sex before marriage. Boundaries are protection and these parents know the sexual pull that their children will have for those they are attracted to and will want to prevent their children from falling into something that is only for the marriage bed. Many times when couples go too far, the sense of guilt destroys the relationship.

“If you are not married, then do not act as if you were married…The Christian young person has a special reason to be careful about misuse of bodily passions. His body is the temple of the Holy Spirit of God who dwells within…See that there is such reverence, each for the other’s body, that marriage will be all the sweeter because of your present loving restraint…Is there a single man who reads this who does not want his bride to come to him virgin pure in her thoughts and passions as well as in the actual matter of mating? I have asked this question to hundreds of young men. I have never yet met a young man who preferred that his wife had been handled by other men, petted, fondled, embraced, aroused by other men…Do not do with someone else’s future husband what you would not want them to do with your future husband.”

Flee also youthful lusts: but follow righteousness, faith, charity, peace, with them that call on the Lord out of a pure heart (2 Timothy 2:22).

The Apostle Paul told Timothy how to treat young women: “the younger as sisters, with all purity” (1 Timothy 5:2). Until marriage, teach your sons to teach young women as a sister, with all purity, even those they date, court, and/or are attracted to and teach your daughters to respect their bodies and future husbands enough to insist on purity in all relationships.

5 thoughts on “Being Chaste Before Marriage”