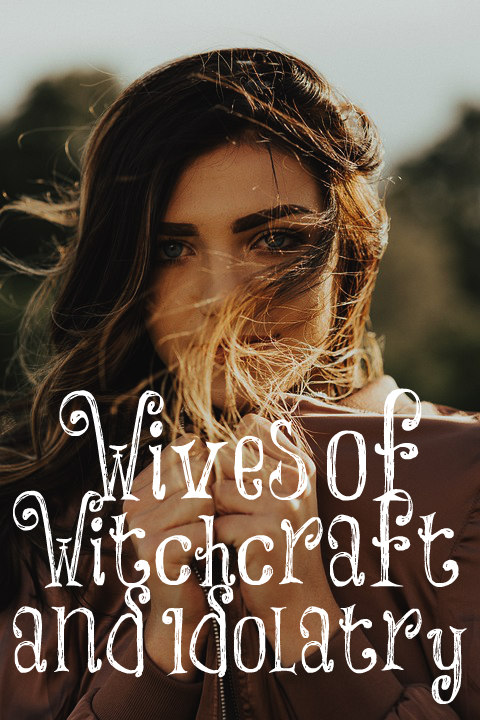 Is it really that big of a deal when wives don’t submit to their husbands?

Why don’t you get off the topic and quit harping away at it, Christiana? Isn’t this majoring in the minors?

Women should all just study comforting devotionals and gender-neutral passages of Scripture and not focus so much on the ones written directly to them, after all. Sure, no wife is perfect… but all is grace, right?

God commands husbands to love their wives. He commands wives to submit to their husbands. Both are repeated unmistakably, indisputably, in Scripture.

And in our culture, including church culture, we see an unloving husband as a jerk.

But an unsubmissive wife? Meh. Even the word “submissive” itself is controversial; we’re petrified to merely utter it.

(We’re the ones who decided it’s “controversial,” by the way. God didn’t.)

Submission, as we know, is the Greek word “hupotasso,” which (quoting Strong’s) is “a Greek military term meaning ‘to arrange [troop divisions] in a military fashion under the command of a leader.’ In non-military use, it was ‘a voluntary attitude of giving in, cooperating, assuming responsibility, and carrying a burden.’”

This– out of all the words in the entire Greek language– is the God-breathed word chosen to describe the way a wife ought to relate to her husband. To arrange herself under her husband’s authority, with a yielding and cooperative attitude.

Perhaps “rebellious:” defying authority and being your own boss. Or, “stubborn:” being stiff-necked and difficult to move.

So many wives admit to being stubborn almost as if they’re proud of it, as though it somehow signifies strength. To be a rebel is considered equally admirable. Yes, from girlhood through womanhood, we seem to think that stubbornness is cute and rebellion is nothing more than a little sass.

Or, at best, we recognize these as being less-than-ideal wifely qualities, but hardly anything severe.

Such words have lost all meaning. We have watered them down in much the same way that we’ve weakened the meaning of sin in general; we’ve lost sight of just how egregious it really is: perverse and cosmic enough that God’s only Son had to be slaughtered like an animal to atone for even the smallest of transgressions…

It’s time we looked at what the Bible says about rebellion and stubbornness, which I believe will reinculcate them with the significance and seriousness that they are truly meant to communicate.

“For rebellion is as the sin of witchcraft, and stubbornness is as iniquity and idolatry.”

This smacked me right between the eyes the first time I remember reading it as a young adult.

Witchcraft. (Hebrew word kesem, meaning “divination.”) Rebellion is occultic, demonic, Satanic. Anti-God. This makes complete sense when we consider that rebellion began with Satan, the first rebel in existence. It was rooted in pride: an inaccurate, inflated view of himself which led him to defy his direct authority (God Himself) and go his own way in rejection of God’s established order.

In Scripture, we repeatedly see submission portrayed as protection, especially of a spiritual nature. And when we step out from under that protection, we open ourselves up to the “roaring lion, seeking whom he may devour.” (1 Peter 5:8)

Idolatry. (Hebrew teraphim, meaning “a kind of idol, such as a household idol.”) A violation of God’s first of the ten commandments: “Thou shalt have no other gods before Me.”

What is the idol here? What are we worshipping in our stubbornness? Self. When rather than yielding we behave in a stiff-necked manner toward the authorities God has placed in our lives, we’ve clearly decided it is we who know better. We will not follow, will not bend to another; we are seated firmly on the throne of our own lives. We have created an idol in our own image.

It seems that part of the reason so many women don’t take submission seriously is that they simply do not see unsubmissiveness as actually being sin. For some bizarre reason, we see it as peripheral (even though we know it mirrors a picture of Christ and the church to a watching world–Ephesians 5) and inconsequential (even though this submission is the one hope wives are given of winning an unsaved husband to the Lord–1 Peter 3).

I’ve been told even by supposed complementarians, “Oh, you and I agree on headship and submission. We just interpret it differently…”, as if these God-breathed words are so unclear and ill-chosen as to warrant many different definitions and applications.

No, there’s actually no confusion as to what these particularly explicit words communicate. There’s no wide range of meaning, much less conflicting uses. There are such instances in Scripture, but this is certainly not one of them. We simply very often choose, en masse, to follow in the footsteps of our feminist culture and respond to God’s blueprint with indifference, rebellion, or stubbornness.

Obedience is not always easy. But it is very, very simple.

“And blessed is she who believed that there would be a fulfillment of what was spoken to her from the Lord.”

“When obedience to God contradicts what I think will give me pleasure, let me ask myself if I love Him.”
~ Elisabeth Elliot

9 thoughts on “Wives of Witchcraft and Idolatry?”