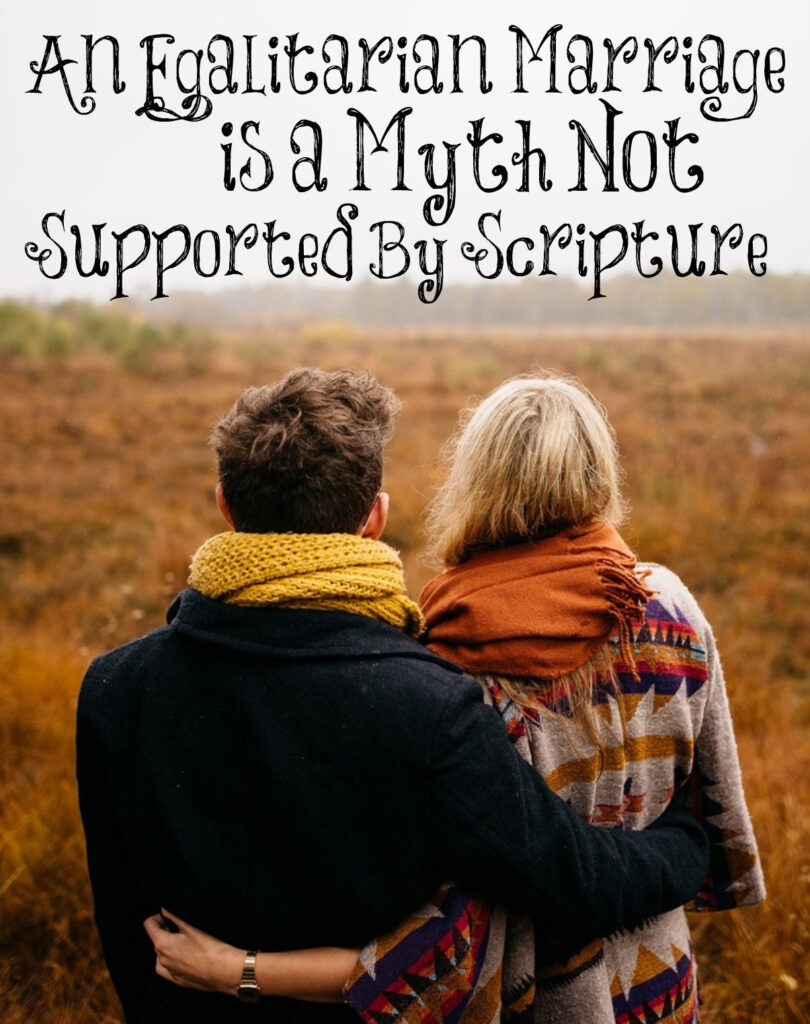 Written By Vivian Maddox in response to someone who fully supports egalitarianism in marriage by quoting Ephesians 5:21: “Submitting yourselves one to another in the fear of God.”

The way that people mishandle the text in the fifth chapter of Ephesians is unfortunate. They take verse 21 out of context and use it to nullify verse 22: “Wives, submit yourselves unto your own husbands, as unto the Lord.”

Verse 21 is addressed to the same “one another” as is verse 19 where Paul tells the Ephesian church specifically, and the church through the ages to speak to “one another” in psalms, hymns and spiritual songs. So, he’s telling the church – not husbands and wives – to submit to one another in the fear of God. Then moves on to exhorting husbands and wives in the rest of chapter 5. He continues in chapter 6 to exhort the parents and children and to exhort the masters and servants and then resumes talking to the church in Ephesians 6:10 about putting on the armor of God and so on to the conclusion of the letter to Ephesus.

Why are people kicking against the idea of wives submitting to their husbands? Three points:

Two. Do we not see a beautiful example of submission within the Godhead when God, the Son, for the sake of the glory of God and His Name, took on the form of a servant and came to earth? He demonstrated what submission was like when He was obedient to His Father in everything He did and said. He showed us what it is like to submit His will to His Father. Why can’t wives mirror that beautiful submissive spirit to our husbands for the sake of the Gospel?

Three. We’re so muddy with egalitarianism when we try to take Ephesians 5:21 out of context by requiring mutual submission between husbands and wives. Why not go all the way and apply it to the parent and child relationship and require mutual submission or mutual obedience between parents and children? Or, between masters and servants?

No. In the church where we are all one in Christ Jesus (Galatians 3:226-29). We are to submit to one another, where there is neither Jew nor Greek, bond nor free, male nor female – and I would add that in Christ there is no distinction between parent and child. That pertains to our standing before God and our mutual submission to one another. But that doesn’t erase our social standing and responsibilities in our relationships of husband and wife, parent and child, bond or free. God is not egalitarian, and He didn’t create these earthly relationships to be egalitarian either.