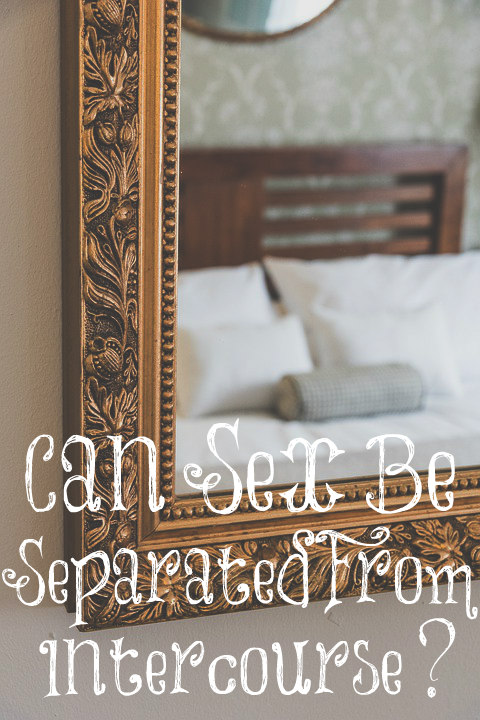 What is sex? Is it just intercourse? Are unmarried couples who are fooling around and ejaculating with each other but not having intercourse having sex or just fooling around? President Clinton told the world that he did NOT have sex with that woman. He only had oral sex so was he telling the truth? What exactly is purity and being chaste before marriage?

I believe you need to have strong convictions about this so that you can teach your daughters truth since they will be hearing a whole bunch of lies in culture about what sex is and what it is not. It has been so watered down and trivialized in our culture that the sanctity of sex is no longer taught nor sought after.

Here are what some women had to say about this topic in the chat room:

“Any act that is meant to be a FORM of sex is sex. So oral sex, hand jobs, and fooling around are all sex. They all have an emotional and physical component to them. They all are meant to cause pleasure in a sexually intimate way.” (Cassie)

“Days we live in are evil and the devil perverts absolutely everything. Killing millions of babies is called ‘women’s rights.’ Try calling it murder publicly and you’ll be called a ‘women hater.’ Sex and pleasure of any kind is meant for the wife and husband.” (Slavik)

“Kissing can be very sexual! Usually it’s what opens the floodgates. I made sure that my husband and I didn’t do anything beyond a (not too long) kiss before we married and we don’t regret it one bit.” (Zelma)

I strongly believe that a young couple who becomes engaged should marry quickly in order to keep their purity. The engagement time should only be a time to plan a wedding. Marriage between a husband and a wife is the most sacred relationship on this earth. Every time a young woman flees any type of sexual involvement with a man, she is glorifying God.

Mothers MUST talk with their daughters. Daughters need to hear truth. Truth gives boundaries to their lives and then they feel protected. Teach your daughters to keep their marriage bed undefiled and be a true virgin in every way on her wedding night. Marriage is sacred. Do it God’s way. His ways are perfect.

57 thoughts on “Can Sex Be Separated From Intercourse?”