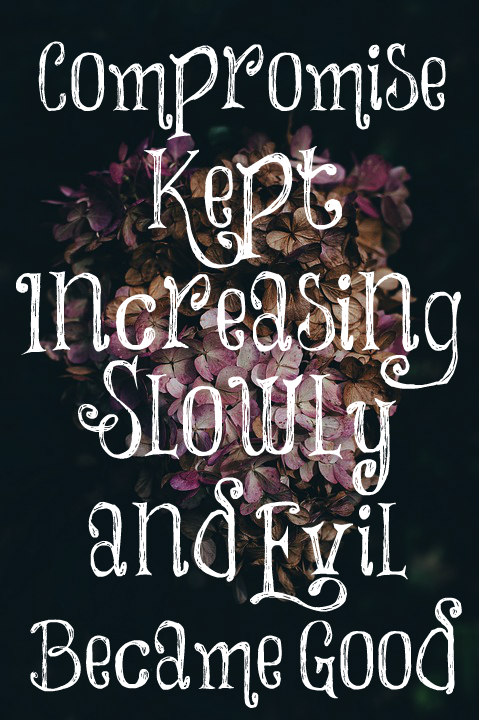 Why is this generation of kids, out of touch with Jesus, more disrespectful than ever, not caring about anything what so ever?

Well, lets take a look back in time… not so long ago, there was a generation who started to ignore God’s Word, allow the devil into their homes, via cable TV, and in many cases, had two to three jobs so they weren’t really home doing the “Family Thing”

Now their children grew up in a compromised world and were brainwashed into thinking God is okay with sin, because Jesus loves… it did not matter much that God’s Word was continuing to be ignored, the love for the world became the way… the desire for the best of the best, from shoes, to clothes, to computers, to game consoles, to televisions and cell phones…. the Greed and Love for worldly treasures ruled the hearts of many!!

Now because of two generations of compromise, removing God out of the schools, there is now an incredible movement known as political correctness… everything has become acceptable.. everything is being condoned….. much sin is often getting defended….. by (Christians) (???) while the Holy Word of God has been put on the back burner! Kicked to the curb… pushed aside!

Our preachers don’t have the fire of the Holy Ghost because most of them are in much compromise as well… or they have been paid off and bought… meaning they can’t preach Repentance, Righteousness, & Holiness… and obedience… because “Church” has become a big time money making machine…..they are motivational speakers at best…… Church memberships are so important… Discipleship is a thing of the past (sad)……

Maybe because two generations ago, those parents FAILED to train their children up the Right way…..

When the Bible is no longer respected, and man’s opinions have taken over….. That is why this generation of kids are so far from God…..

I feel badly for the world that is awaiting their kids.. it will no doubt be a full blown Sodom and Gomorrah type of world with no God in it what so ever…..

What can you do?

Teach & preach Jesus!
Teach and preach the importance and the significance of repentance & Righteous living!!!
Be honest, no matter the cost
Stop compromising!
Obey the Lord!
Be the example by obeying the Word!
Quit listening to man’s opinions