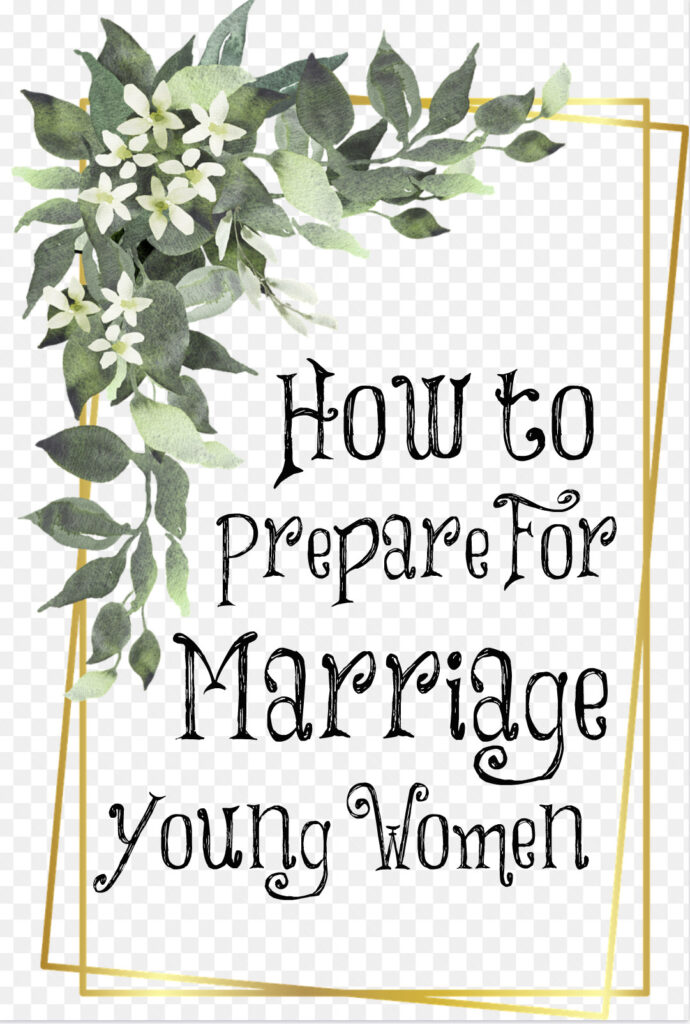 Voddie Baucham says that whenever a young person asks what he or she can do to be serious about serving the Lord, he always says the same thing. When young men say, “How can I enter ministry?” or young ladies say, “What can I do to serve Jesus?” they are probably anticipating something about going to college or seminary or traveling to some foreign country to do missions. Maybe they are expecting him to tell them about an apprenticeship or serving in a Sunday school class.

None of these are necessarily bad things, but they are not part of Voddie’s answer. Instead he says, “If you are serious about serving the Lord, get married, pray that he gives you a house filled with children, and bring them up in the discipline and instruction of the Lord.” There is no greater ministry, he says, than to get married and have children.

Wouldn’t it be better to hop on a plane to Haiti and work with orphans for a couple of months? It certainly is easier and more glamorous, and it takes far less commitment.

We have a plethora of young women in the church who are willing to travel the globe for Jesus but not many who are willing to do the hard work of digging in, planting foundations, and loving a husband and children. It is easier to serve children you can leave behind after a few months than it is to serve your own. It is easier to serve strangers we meet on the streets whom we will never see again than it is to love our own families.

Titus 2 commands the older women to teach the younger woman to love their husbands and children and to keep house. But sadly, there has been a dearth in Titus Two Older women instructing the younger women and one consequence is a lack of young women being married.

We live in a period of incredible decline for marriage. The one thing to which young women are commended in Titus is the one thing they are not doing in our time.

The plummeting marriage rates may only be matched by the plummeting birth rates. The birth rate in the US is at an all-time low. It is far below replacement rates, meaning that if something does not happen soon, this nation will experience incredible decline economically and in all other ways of measurement.

In addition to these birth rates, another number tells why there may be so few Titus 2 older women teaching the goodness of marriage. That number is in regards to divorce. In Matthew 19, Jesus was asked by the Pharisees if it was lawful for a man to divorce his wife for any reason at all. In that day, it was rare if impossible for a woman to divorce her husband. Now the shoe has flipped. If the Pharisees were to question Jesus today, they might ask “Is it lawful for a woman to divorce her husband for any reason at all?”

And this is what we are seeing. The American Sociological Association conducted a large study on divorce, which found that women initiate two-thirds of all divorces. This is a staggering 69 percent. They found an even higher rate, around 90 percent for divorces initiated by women with a college education.

It is women, empowered by no fault court laws and a court system that then favors them whether they are the party actually at fault or not, that are driving the divorce rates.

And speaking of any reason at all. Here are the top nine reasons given in one study on why women divorce their husbands: 1. Indifference or cluelessness of the husband to their feelings; 2. Small gestures and reassurances are missing; 3. Money problems; 4. Needs not being met at home; 5. Husbands who cheat on their wives; 6. Marriage not living up to expectations; 7. Substance abuse; 8. Lack of romance; 9. Physical and emotional abuse.

Of these nine reasons, only one (number five) and maybe half of the other (nine – Physical violence) is a legitimate reason that Christ would allow. The rest all come around to, “I didn’t get what I wanted so I left and took the kids and everything with me. “ Its entirely wicked and selfish. It happens because women get into marriage looking for some kind of Disney experience that will help them find their ultimate joy. Rather then give themselves to submitting to their husband and building up their household, they break their covenant and dishonor God. Then they turn around and teach the next generation that marriage isn’t worth it. Its more important that younger women get their career going than that they get married.

It shouldn’t be this way. Now, gratefully there are some mothers who are reclaiming a responsibility to be Titus Two women. There are some who desire to train their daughters and prepare them for marriage. There are young ladies, though indoctrinated by the culture to despise their femininity, who are pushing back and do desire marriage. And some are single but by God’s providence haven’t had the opportunity for marriage yet. These see singleness as an affliction which they pray for God to remove.

1. Get in shape and watch what you eat: Like it or not, men are visual and if you want to attract a husband, be attractive. This doesn’t mean to dress slutty or immodestly. But it means watch out for how you look. Don’t be vain but consider how you dress. Don’t be frumpy. There is truth to the phrase that men desire debt-free virgins without tattoos. Stay away from the tats but instead grow your hair out and take care of it. And be joyful. Be beautiful inside and out. And woman who are already married, you want to help your marriage. Consider how you look to your husband. Don’t think that now you have a husband, you can let yourself go. Now, don’t be vain. Childbearing is beautiful and don’t be so worried about what it does to your body.

3. Develop your domestic skills. Learn to cook, clean, and keep house. The way to a man’s heart is through his stomach. And by domestic skills, don’t be afraid to learn a wide array of skills not normally considered domestic. A helpful wife will be find themselves being something like a Jill of all trades.

4. Be a Mother in the Church: Give yourself to serving God. While it may be good to work an outside job or go to school, these things shouldn’t keep you from serving in the church.

5. Study and meditate on scriptures that teach submission and women’s roles so you can hear God’s heart and not the world’s. Learn what the purpose of marriage is. Don’t let Disney and romance novels be your guide.

6. Don’t go into debt. You might want to go to college and that is fine, but don’t go into debt to do it. And also realize that a college degree, especially advanced degrees, will not move your status up in attractiveness to a potential husband. It may just make your pool of potential mates smaller.

7. Keep yourself pure. Don’t give yourself away whether in person or online. Many women mess around before marriage and then when married create a sexless marriage.

8. Be an approachable person while being careful not to be desperate. If you find a man who catches your eye be available to him. Be careful of the kinds of signals you send off. Your humble quietness may come across as rude and unapproachable but on the flipside, too chatty and friendly can come across as flirty or just make you one of the guys.

9. Learn about how to care for children. Babysit for other couples at the church. Help out at the nursery.

10. Learn to pray. Prayer is the antidote to fear. Prayer strengthens your faith as you learn to rely on God. And when you live by faith, you are a daughter of Sarah. The Bible says Sarah was very attractive.

For this cause shall a man leave his father and mother, and shall be joined unto his wife, and they two shall be one flesh.
Ephesians 5:31