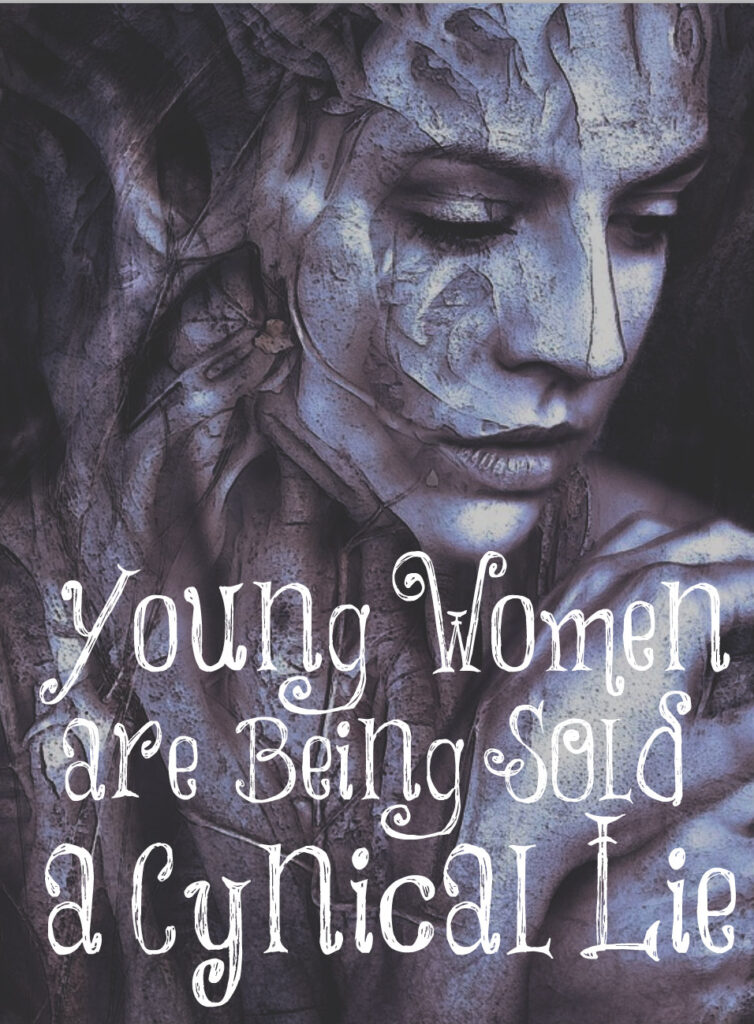 Written by Nancy Pearcey in her book “Love Thy Body“

From ancient times, the principle is that a culture that engages in abortion, infanticide, and sexual license is a culture that disrespects women. At first sight, modern societies may seem to contradict that principle. After all, Western culture accepts these practices yet women there have greater rights and opportunities than anywhere else in the world.

Yes, but at a price. “Here is the bargain we professional women have been making,” writes economist Jennifer Roback Morse. To achieve higher levels of education and professionalism, women are required to suppress their fertility with birth control – to neuter themselves with toxic chemicals during their peak childbearing years. (The World Health Organization classifies hormonal contraceptives as a “class one carcinogenic,” that is, a substance known to cause cancer in humans.) Since all contraceptives have a failure rate, women then resort to abortion as a backup.

To avoid being derailed from their education and career path, women are urged to “meet their sexual needs” through casual affairs without emotional commitment. Reporter Hanna Rosin writes (approvingly) that during college, “women benefit greatly from living in a world where they can have sexual adventure without commitment…and where they can enter into temporary relationships that don’t get in the way of future success.”

The problem is that when women are finally established in their careers, many are finding that their fertility has declined – sometimes damaged by sexually transmitted diseases – and they are no longer able to have the families they want. At that point, they are subjecting themselves to invasive, expensive, and often disappointing fertility treatments, or turning to morally problematic practices such as surrogacy. When they do get pregnant, women who have had abortions are more likely to suffer complications such as very premature birth, so that their babies spend months in the neonatal intensive care unit.

Is this pro-woman? Young women are being sold a cynical lie. They have accepted the cultural imperative that they must get established in their careers before they can think seriously about marriage and motherhood. They do not realize that they are giving themselves over to careers during their peak fertility years, with the exception that somehow, someday, they can ‘have it all.’