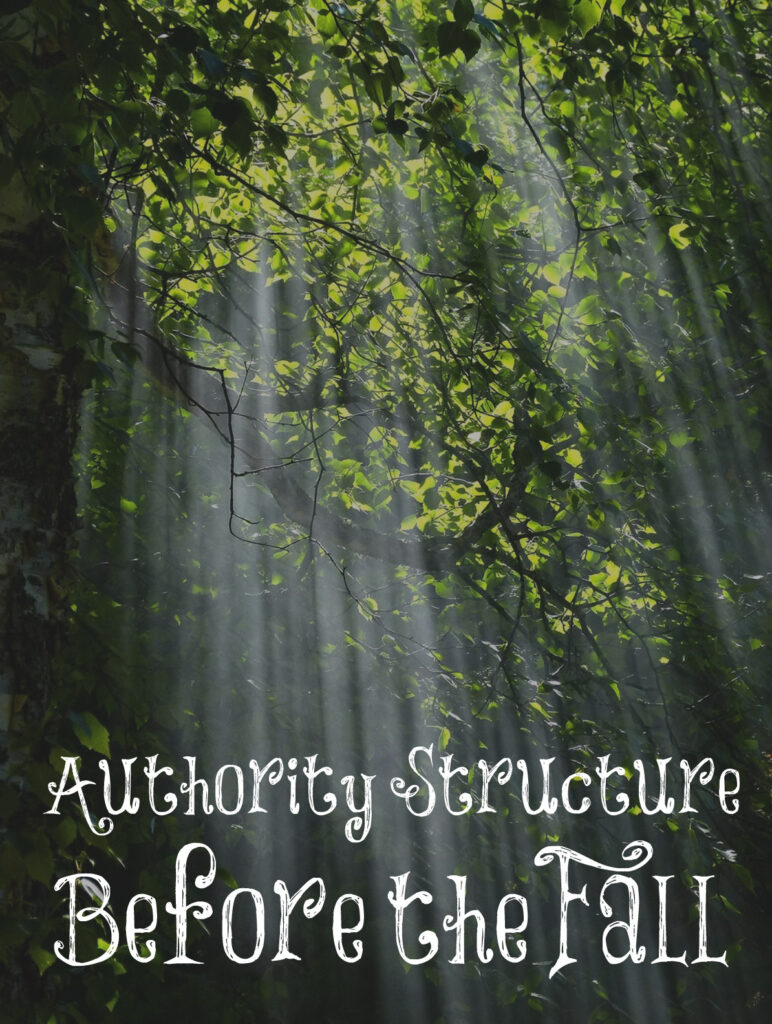 Many feminists want to argue that there was no authority structure in place before the Fall. It was only due to the Fall that man was to rule over his wife. They then argue since Christ came and obliterated sin, these roles no longer apply, thus there’s now no longer an authority structure in marriage. They are so deceived, women! And many, many teach these lies. This is where the idea of an egalitarian marriage comes from.

There was an authority structure from the beginning. God created man first. Then He saw that it was not good for man to be alone, so God created a help meet (a helper suitable) for Adam. After Eve sinned and convinced Adam to sin, who did God hold accountable? Both of them? No! He held Adam accountable alone, although they both suffered as a result.

Then we go to 1 Timothy 2:11-14. Why are women to learn in silence with all subjection in the churches and not teach nor have authority over men? God goes back to Creation before the Fall for the reasons. He created Adam first. He was the one in authority. Eve was deceived. Women are more easily deceived than men. This proves there was an authority structure before the Fall.

How about the verse that tells us that God is the head of Christ, Christ is the head of man, and man is the head of his wife (1 Corinthians 11:3). Was this a result of the Fall? NO! It’s God’s ordained authority structure.

So many women are terribly repulsed by the idea of God’s authority structure in marriage. Guess what, women? It’s not always great to be the one in authority! God held Adam responsible for the sin of eating the forbidden fruit, not Eve, since with authority comes responsibility. Before the Fall, Adam only had to lead Eve, since Eve had no sin. After the Fall, men are to rule their wives. What? Rule? A man can’t be an elder unless he rules his household well (1 Timothy 3:4 KJV). A man can be a good ruler or a bad ruler. This is why it’s so important to marry a godly man.