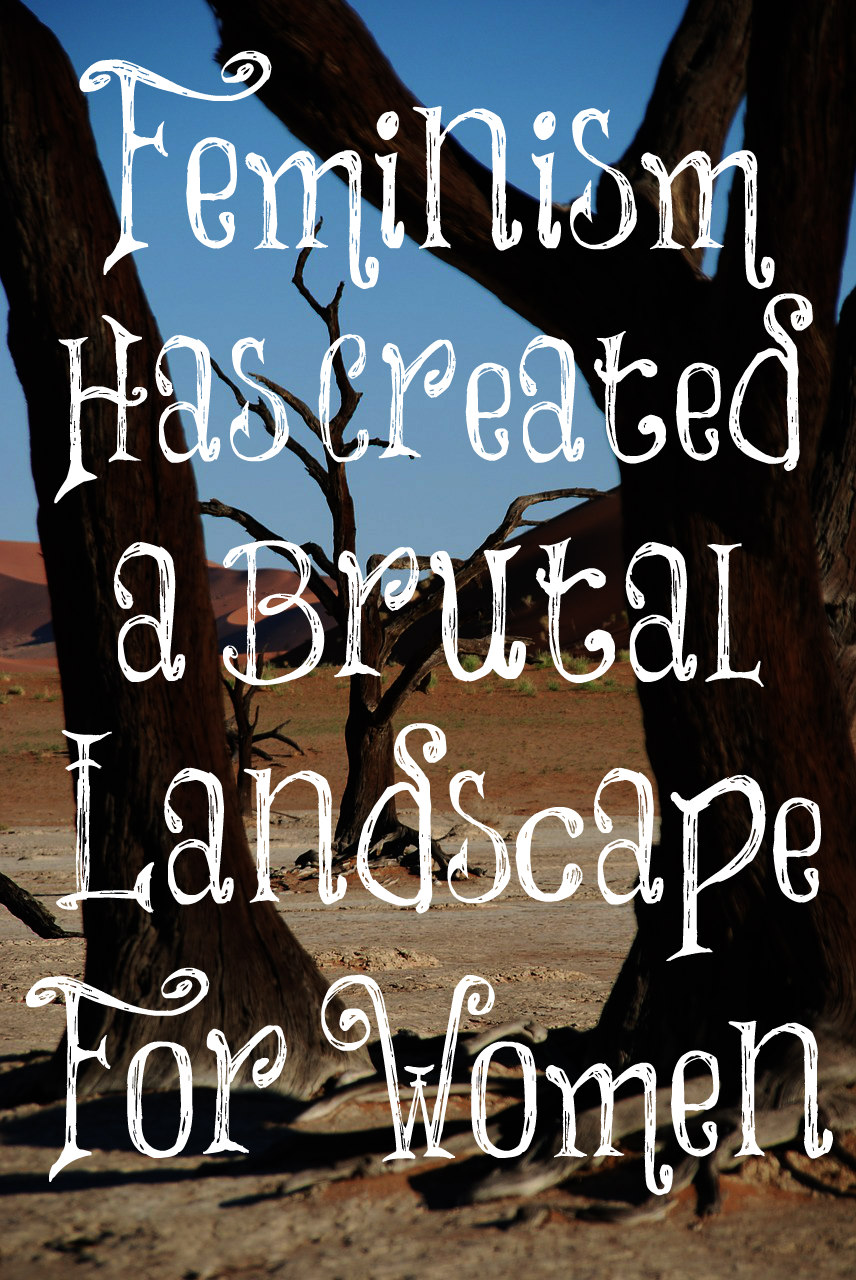 As you know, I hate feminism and what it has done to women, marriage, children, and our culture. It’s destructive tentacles have reached out and invaded everything, even the Church, unfortunately. Jeannette Kupferman wrote a devastating article in the dailymail.uk called Will my granddaughter pay the price of my fight for equality? and she clearly sees the harm feminism has had on women. Feminism is a scheme from the pit of hell.

“Has feminism made life worse, not better, for today’s generation of girls?

Certainly, women have never existed in such a bleak emotional landscape.

The well-meaning battles we embarked on in idealistic youth have somehow robbed young women of the soul of femininity. We’ve lost something precious, distinctive and unique.

Meanwhile, traditional roles have become ever more ideologically despised — so much so that last week the very act of being a housewife or mother was banned from advertisements for perpetuating ‘outdated’ gender stereotypes.

For all the efforts of feminism, and the enlargement of women’s opportunities, it seems it’s also made that world more painful, complicated and unrewarding.

My own life — one where loss, hardship and struggle has always played a part — has taught me that simple pleasures matter just as much. And that’s the message I want to now share with my granddaughter’s generation. We’re in danger of losing the essence of womanhood in this brutal landscape.

It’s somehow ironic that the one section of society which still dresses modestly — women in ethnic and religious minorities — say they do so to protect their sacred space as females.

Meanwhile, the majority of other young women brutally expose their bodies, catering to every tawdry male fantasy, as a sign of their ‘freedom’.”

Women today falsely believe they’re free but they’re not. They are in bondage. They are in bondage to the lies of the enemy of their souls and are selling their souls in exchange for empty, lonely, and devastating lives. God came to set the prisoner free. He came to set you free, feminists, of your feminist’s ways. His ways are lovely and perfect. They are true freedom. Sin promises freedom, but dishes out pain, frustration, emptiness, and horror instead. Feminist’s fruit is coming to fruition and it’s all vile and rotten. It’s becoming clearer every single day.

Young women are encouraged to have “free sex” and pursue higher education and careers instead of getting married, bearing children, and guiding their homes. They are told to send their children to daycare and public schooling instead of raising them in the nurture and the admonition of the Lord and yes, having boundaries for them, disciplining, and training them. They are encouraged to divorce their husbands when they aren’t happy instead of being covenant keepers until death do they part. They are sold a bill of goods in buying provocative clothing to cause men to lust instead of dressing modestly and respecting themselves and the men around them enough to cover up.

“We’ve forgotten that even everyday tasks can nourish the soul — and you can find contentment in the boring certainties.

I hope my little Amber Ann discovers this, too. Whatever she becomes, she can create a good home-cooked meal, sit quietly in the garden with a book, or enjoy a day at the seaside with her own children.”

I don’t believe this author is a Christian or knows about the Lord’s ways but she can see the devastation feminism has had on women. Anyone with eyes to see can see it, too. God has ordained for you to be in your homes, women, and with your children, if you have them. He’s given you the role as help meet to your husband and this is perfect for you. Find your joy in doing these, knowing that they were created by your Creator for you.

As for God, his way is perfect: the word of the LORD is tried: he is a buckler to all those that trust in him.
Psalm 18:30

3 thoughts on “Feminism Has Created a Brutal Landscape For Women”