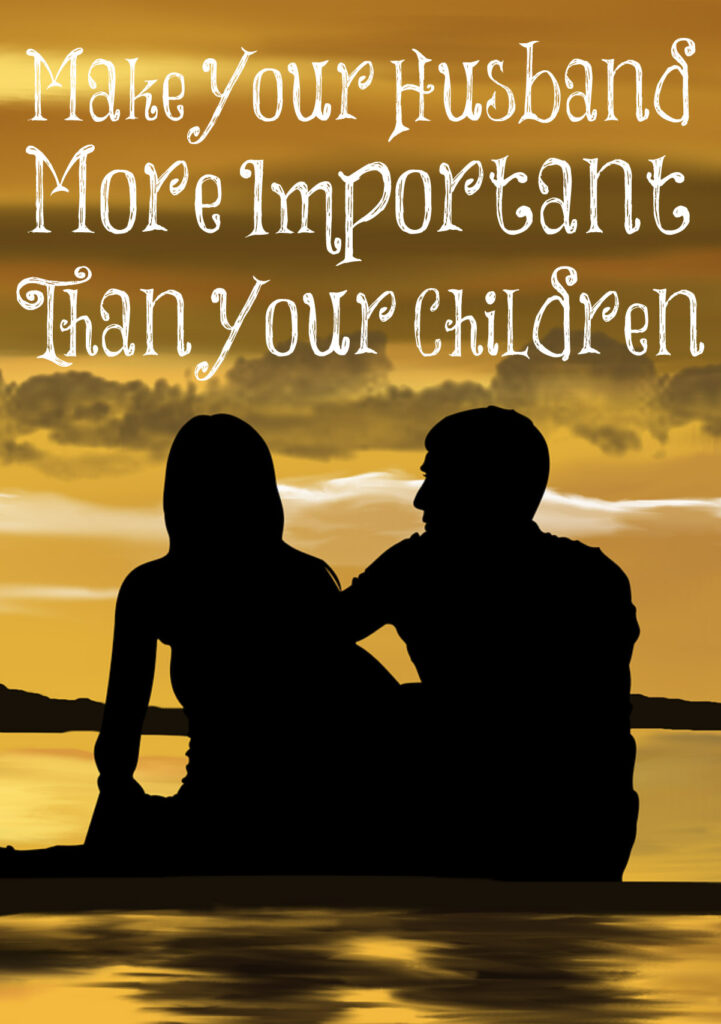 Written By John Rosemond in 2017

I recently asked a married couple who have three kids, none of whom are yet teens, “Who are the most important people in your family?”

Like all good moms and dads of this brave new millennium, they answered, “Our kids!”

“Why?” I then asked. “What is it about your kids that give them that status?” And like all good moms and dads of this brave new millennium, they couldn’t answer the question other than the fumble with appeals to emotion.

So, I answered the question for them. “There is no reasonable thing that gives your children that status.”

I went on to point out that many, if not most, of the problems they’re having with their kids – typical stuff, these days – are the result of treating their children as if they, their marriage, and their family exist because of the kids when it is, in fact, the other way around. Their kids exist because of them and their marriage, and thrive because they’ve created a stable family.

Furthermore, without them, their kids wouldn’t eat well, have the nice clothes they wear, live in the nice home in which they live, enjoy the great vacations they enjoy, and so on. Instead of lives that are relatively carefree (despite the drama to the contrary they occasionally manufacture), their children would be living a life full of worry and want.

It’s also clear to us – I speak, of course, in general terms, albeit accurate – that our parents’ marriages were more important to them than their relationships with us. Therefore, we did not sleep in their beds or interrupt their conversations. The family meal at home with regard is more important than afterschool activities. Mom and dad talked more – a lot more – with one another then they talked with you. For lack of pedestals, we emancipated earlier and much more successfully then have children since.

The most important thing about children is a need to prepare them properly for responsible citizenship. The primary objective should not be raising a straight A student who excels at three sports, earns a spot on the Olympic swim team, goes to an A-list university and becomes a prominent brain surgeon. The primary objective is to raise a child such that community and culture are strengthened.

“Our child is the most important person in our family” is a first step toward raising a child who feels entitled.

You don’t want that. Unbeknownst to your child, he doesn’t need that. And neither does America.