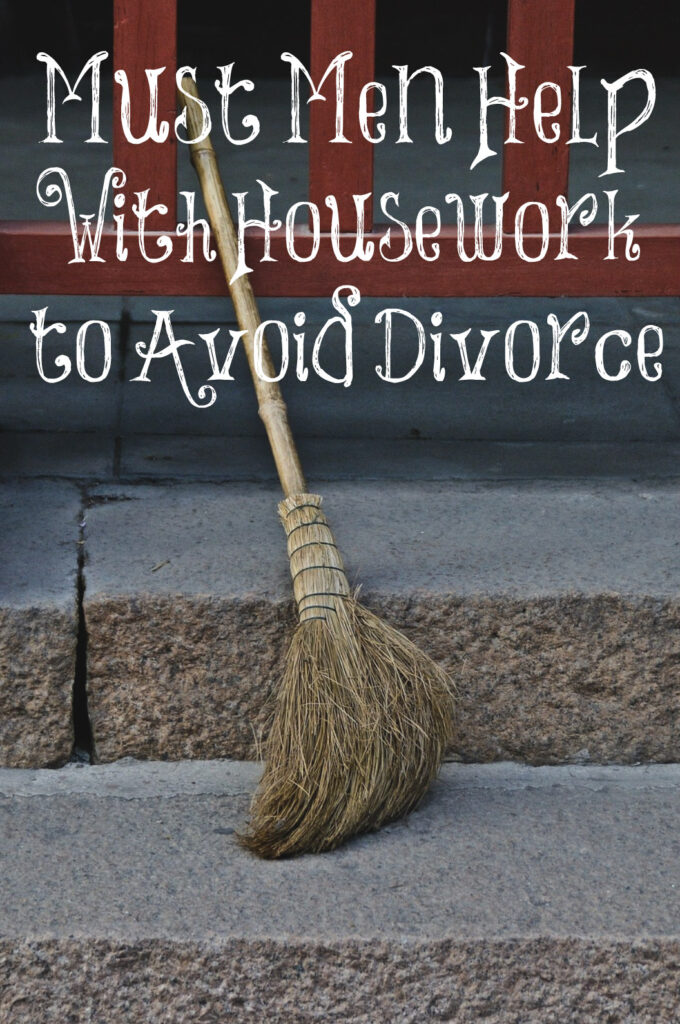 In an article by New York Post called Millennial men want 1950s housewives after they have kids, the author Jennifer Wright wrote:

“Even in normal times, women spend approximately two hours more per day tending to domestic work than their partners. A 2013 research paper by economics professors Francine D. Blau and Lawrence M. Kahn claimed that ‘modern men do not adjust the amount of time they dedicate to housework based on their wives’ employment status.’

“‘Professional working mothers who find themselves with partners who are unwilling to make that shift in perspective and allocation of time and resources have a tough choice,’ writes Bazelon. ‘Radically compromise who they are and what they want to stay in the marriage, or leave.’ Plenty of women opt for the latter; according to a 2015 study by the American Sociological Association, women initiate 69 percent of divorces, and among college-educated women, it’s 90 percent.

“In 2022, for families to thrive, husbands may need to start supporting their wives’ careers the way wives have supported their husbands’ for generations. Women aren’t going to go backwards. If men want relationships to last, they’ll have to go forward into the 21st century.”

My first post that went viral was about this very topic. It was about wives not expecting their husbands to do housework. If their husbands helped, great, but if they didn’t, that’s okay too, since women were created to be the keepers at home, the homemakers, and the care takers of the children. This is our God-ordained role. Of course, women were furious over this post. They fought for their rights, and they’re not giving them up or going backwards!

Women leaving their homes for the workforce have not produced any good fruit at all. Colleges have more women than men graduating. Women are thus taking away places in colleges and in the workforce that men need to support their families as God has ordained. Women have left their God-ordained roles and expect men to pick up the pieces. If they don’t, they divorce their husbands and then say that they love having the free time to pursue their careers while dad cares for the children part-time. Children are moved from one house to the other. This has been devastating on the children.

Men are NOT called to support their wives’ careers. I don’t care how much women want them to do this. Men weren’t created to be keepers at home. This emasculates men. I’ve watched some men being keepers at home while their wives make the money. The wives provide for their families instead of the husbands. God didn’t create the roes this way. It greatly harms marriages and even children. Women are the nurturers and caregivers. They’re the ones God has called to be home with the children and work hard in the home.

Women are called to support their husbands’ career as help meets that are suitable for them. Once women left their role, chaos has ensued as we are witnessing in our nation. Women, stop divorcing your husbands because they aren’t helping with the housework! Stop expecting him to support your career. Begin obeying God. Go home and learn how to cook and keep your home clean and tidy. Love and nurture your children. They need and want you. Your “fulfillment” isn’t in the workforce. It’s obeying God and being thankful and content while doing it.