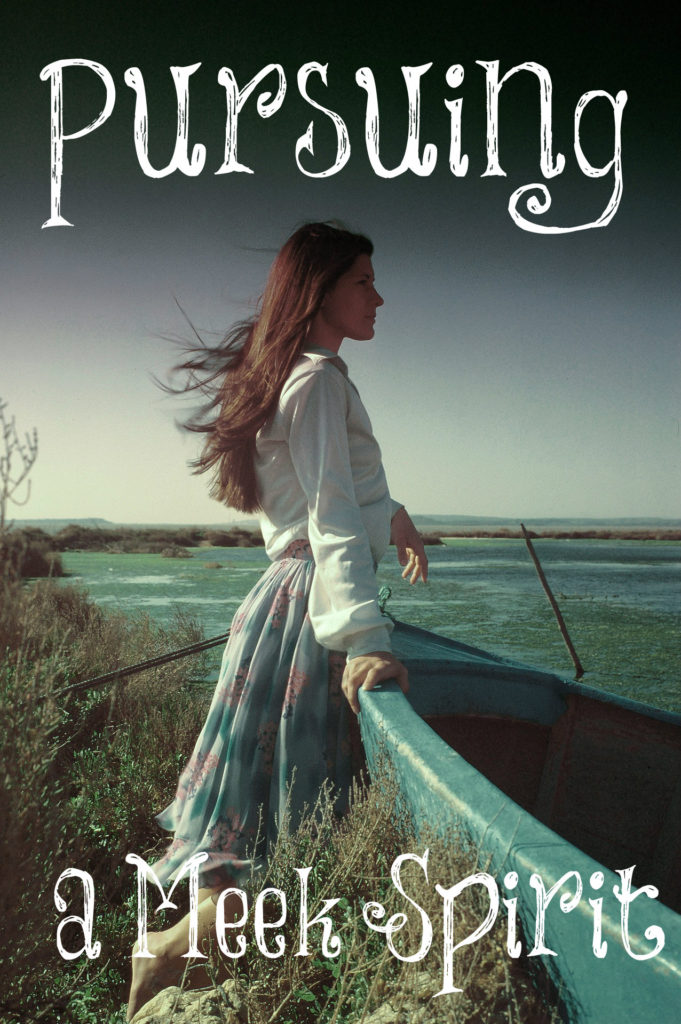 Godly women are called to have a meek spirit. “But let it be the hidden man of the heart, in that which is not corruptible, even the ornament of a meek and quiet spirit, which is in the sight of God of great price” (1 Peter 3:4). Yes, I have written about this before but I love to return to these important qualities over and over again since they aren’t modeled in our culture. We are called to “exhort one another daily, while it is called Today; lest any of you be hardened through the deceitfulness of sin” (Hebrews 3:13) so I am going to exhort you to be meek!

I have read that the 1828 Webster Dictionary is the best one to study a word from since it was written long before the Women’s Rights movement and political correctness. From what I have studied so far, it’s amazing! People still trusted in the God of the Bible back then and reverenced Him. I even put an app on my phone for easy access for two dollars. Noah Webster, the author of this dictionary, wrote, “The Bible is the chief moral cause of all that is good and the best corrector of all that is evil in human society; the best book for regulating the temporal [secular] concerns of men.” No wonder I love it so much!

This is how this old dictionary defined ‘meek’: mild of temper; soft; gentle; not easily provoked or irritated, yielding; humble; submissive to the divine will; not proud or apt to complain of divine dispensations.

Mild of temper: A meek woman doesn’t have temper tantrums or angry outbursts against others and demand her own way. She isn’t easily troubled by circumstances because her trust is in the LORD. When her children make mistakes such as breaking something, she doesn’t fly off the handle and yell at them. In fact, she tries to never yell at them since it doesn’t accomplish anything beneficial. Possessions don’t own her so she doesn’t allow them to control her emotions. Her children are more valuable to her than stuff.

Soft: A meek woman is gentle and feminine. She isn’t hard, forceful, or loud. She speaks softly and dresses feminine and modest. She acts like a lady.

Gentle: A meek woman is kind and considerate. She loves others deeply and cares for them. “And be ye kind one to another, tenderhearted, forgiving one another, even as God for Christ’s sake hath forgiven you” (Ephesians 4:32).

Humble: The meek woman isn’t proud, haughty, arrogant, or assuming. She understands who she is in Christ and that her worthiness comes from Him alone. “Let nothing be done through strife or vainglory; but in lowliness of mind let each esteem other better than themselves” (Philippians 2:3).

Submissive to the divine will: She loves the LORD and His Word. She doesn’t question it or try to dismiss it as not cultural. She reads and studies it so she will be transformed by renewing her mind with truth. When she is going through hard times, she knows that God will bring good out of them for “all things work together for good to them that love God, to them who are the called according to his purpose” (Romans 8:28).

Not proud or apt to complain of divine dispensations: A meek woman doesn’t think she knows more than God but instead understands that He’s in control so she trusts and obeys Him. When something troublesome is on her mind, she tells the LORD all about it and then leaves it in His hands knowing that He will work it all out for good. She understands that suffering is part of the Christian’s life as Christ has suffered for her, so she doesn’t complain in her suffering but rests in the Lord’s divine will for her.

Any woman who calls herself a Christian and loves the LORD with all of her heart, soul, and strength will pursue a meek spirit.

24 thoughts on “Pursuing a Meek Spirit”