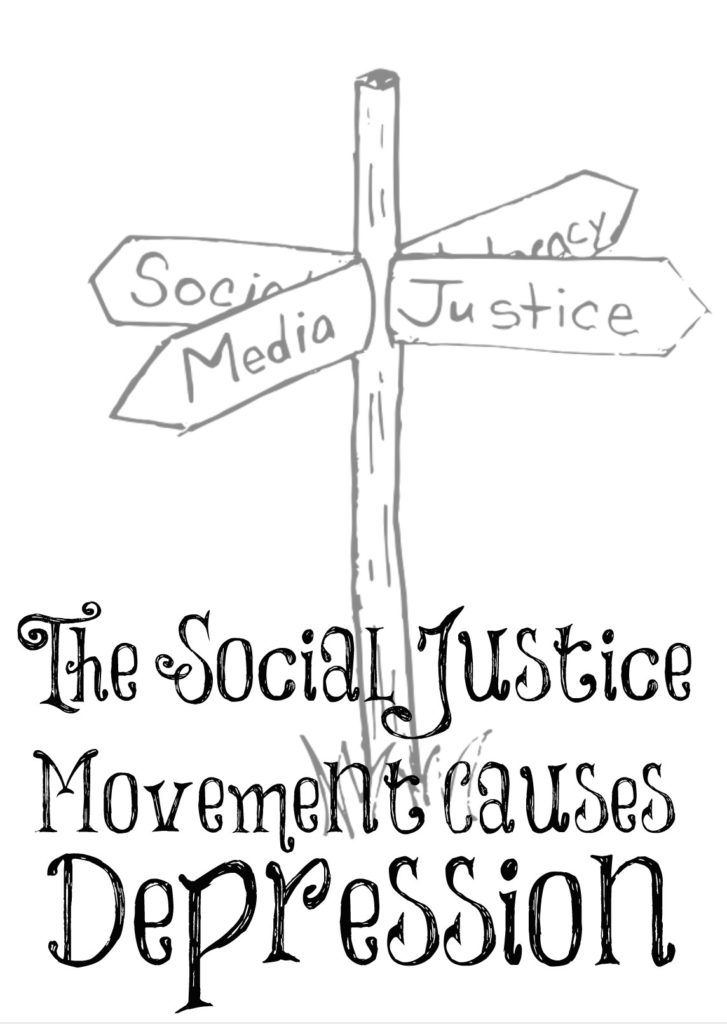 Many female preachers and women have jumped on the Social Justice Movement bandwagon. But is this God’s will for women, and is it what we are called to do? No. In fact, in an article from Evie Magazine, they have found that Over 50% of Liberal, White Women Under 30 Have a Mental Health Issue. All women are taught in high schools and college is that they are victims, oppressed by the Patriarchy. They need to fight this injustice. You’ve seen women speaking at the Women’s Marches. They are angry and mean. There’s nothing feminine, kind, or having a meek and quiet spirit about them.

“The study, which examined white liberals, moderates, and conservatives, both male and female, found that conservatives were far less likely to be diagnosed with mental health issues than those who identified as either liberal or even ‘very liberal.’ What’s more, white women suffered the worst of all. White women, ages 18-29, who identified as liberal were given a mental health diagnosis from medical professionals at a rate of 56.3%, as compared to 28.4% in moderates and 27.3% in conservatives.”

As a Conservative Christian, I was taught from a young age that life isn’t fair. Yes, I’m white and “privileged” as many would claim, but guess what, none of us get through life without pain and suffering. I suffered from pain and sickness for 30 years. I was harassed verbally often as a child. I learned quickly that life wasn’t fair. We are commanded to not take vengeance, but leave it in the Lord’s hands. We must rest in Him, and understand that there will never be fairness while living on this wicked earth.

“But at the heart of the matter is this: Progressivism is an ideology that supposedly demands equality for all, and one that keeps score to an exhausting degree. The privilege between social classes, between races, between men and women, between religious and non-religious, and more, all have to be constantly monitored, and ‘inequality’ has to be exposed for the purposes of ‘accountability.’ That kind of behavior isn’t just unrealistic, it’s unsustainable. In all honesty, it’s understandable that anxiety and depression thrive in these kinds of environments when we’re focusing on every minute, problematic issue in our world and not able to take comprehensive, productive action to solve all these problems.”

This does sound extremely exhausting, women! We must rest in the finished work of Christ and find our identity and worth in Him alone. These women are fueled by anger. We are to be fueled by love for God and love for others. You can’t have love for others if you’re always upset with them. Am I always upset with feminists since I write about them often? No. I love the feminists in my life, but I know that it’s a destructive and false doctrine that keeps women far from God’s will for them.

“There’s also the unrelenting focus on oppression, verbal violence, and micro-aggressions. We know that building resiliency against hardship is the best weapon against depression and anxiety, yet progressive ideology forces its followers to wallow in feelings of helplessness and victimhood. Instead of empowering women and minorities with self-knowledge, strength of character, and resilience to hardship, progressivism encourages victims to stay in a place of fear and helplessness.”

Women need to be “empowered” by God’s Word, His will, and His Holy Spirit. We need to know Him and let His Word dwell in us richly. This world is only going to grow darker as the end draws near. We must cling to Jesus and fear not what lies ahead. He promises to never leave nor forsake us. Continually renew your minds with Truth and take every thought captive to the obedience of Christ. This it God’s recipe for a joy-filled life!

For God hath not given us the spirit of fear; but of power, and of love, and of a sound mind.
2 Timothy 2:7