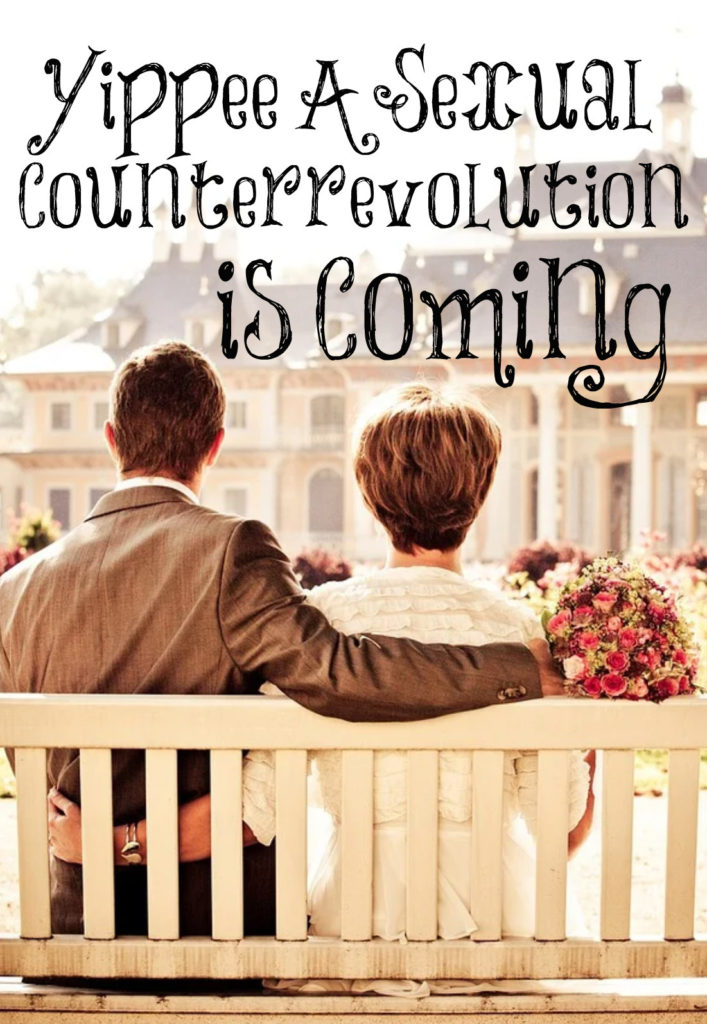 In The Spectator, there is an article called “The Sexual Counterrevolution is Coming.” All of us who love the Lord and His ways will be happy to hear this. The sexual revolution has been devastating upon our nation, and anyone with common sense left can see this reality.

“Narayan and his close male friends are all around the same age. They’re all elite guys working in tech and finance — and all either dating to marry, or already married. In what amounts to an informal 21st-century marriage brokerage, they and the wives of already-married members of their friend group collude to track down potential partners. But they’re picky — and Narayan is blunt about the criteria. It’s not just about being educated, ambitious or pretty. ‘Guys who say they don’t care about their wife’s sexual history are straight-up lying,’ he tells me. All the men in his group, he says, would strongly prefer their future wives to be virgins on marriage. Some categorically rule out women who aren’t: ‘No hymen, no diamond’.”

I guess my viral post Men Prefer Debt Free Virgins Without Tattoos wasn’t so off the tracks after all, as many women tried to persuade me. Men want to know that the wife they will marry will be faithful to them. If a woman is faithful before marriage to her future marriage bed, there’s a high likelihood she’ll be faithful after marriage. It sure has made it easy for me! I never practiced fornication and am thankful I never did. Men want to know that the wife they marry will bear their own children, not someone else’s. This is hard for many women to hear because of their prior history of sexual promiscuity, but it doesn’t make it any less true.

“Charlotte and Narayan are not the uptight fundamentalists or ugly, embittered feminists of stereotype: they’re members of the Ivy-educated jeunesse dorée. They’re pushing back against a culture of sexual freedom they see as toxic not just to individual wellbeing, but even to the long-term health of American society.”

These are wise young people. They can clearly see what the sexual revolution has done to their peers and others. I saw this in high school in the late 1970s. I had friends that were having sex with their boyfriends and then having abortions. I saw the devastation when they broke up after having given themselves in such an intimate way to someone who wasn’t their husband. All of this was so unappealing to me. I saw the wisdom in God’s ways from a young age.

“The current they’re swimming against is strong. Charlotte reports that, when she got engaged in her senior year at Harvard, her peers looked at her ‘like I was crazy’ for expressing a preference for children over a high-flying career. Narayan tells me that his views on the importance of marriage and the qualities he seeks in a potential spouse have left him facing accusations of woman-hating.”

Yes, the culture will do everything in its power to squelch what these young people believe, because they are going against the feminist mantra of careers over marriage and having children. The founders of the feminist movement hated God and his ways. Their goals were to destroy the family and everything about it. They mostly wanted to destroy men. Their father was Satan whose goal is to kill, steal, and destroy.

Reject this depraved culture that we are living in, women, and go back to the beautiful ways of the Lord. So what if people mock and criticize you. One day, they will look at your life and see that you went the right way, while they went on the broad path that leads to destruction.