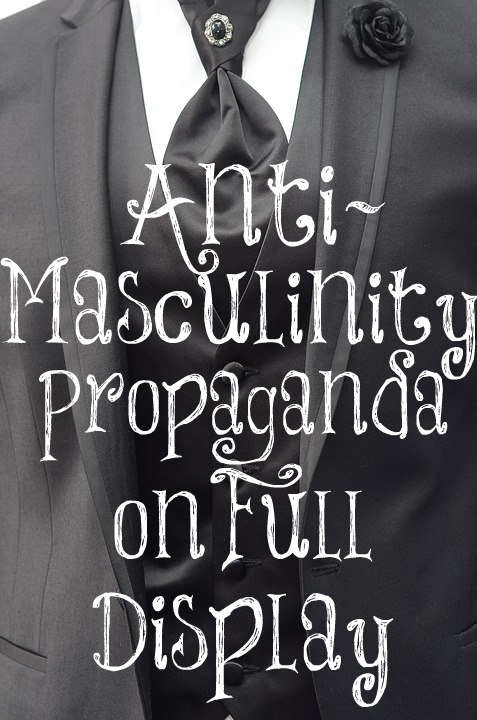 Last week, I published a handwritten post on Facebook encouraging mothers to not interfere with their husband’s discipline and training of their sons. Most dads want their sons to grow up tough and masculine. This world is tough and they don’t want their sons to be wimps. Of course, the feminists’ cry was loud against this post. Here is an example of one of their comments:

“This is the toxic masculinity that causes fear in young women. It’s okay to be a wimp. You aren’t automatically expected to find a wife and provide for a family simply because you’re a man. You don’t have to be tough. You can be sensitive, and weak, and feminine, and you still matter. Your existence and your place in this world isn’t defined by societal standards or your genitalia.”

What I wrote had nothing to do with “toxic” masculinity and causing fear in young women. There’s nothing in my post about raising mean and dangerous sons. It’s about raising sons who aren’t afraid to take on the responsibility of a family, work hard, and provide for their families but many women don’t seem to like this anymore. They want sensitive, weak, and feminine men who don’t want to work hard and provide for their families. They want wimps! No, thank you.

Who are these women actually fighting? God and His will for men and women. God’s will is for men to be tough and masculine. Look what He asked men to do throughout the Bible! Lead hordes of people through the wilderness. Go fight wars against the enemies of God. Be thrown into the lion’s den or into a fiery furnace for not bowing their knees to a false god. Meet with God on the mountain to have the Law written on tablets of stone. Look at the life of Joseph and all of the sufferings he went through to become a strong, godly leader of Egypt. What about the twelve disciples who preached the Gospel even when it meant persecutions, beatings, and their deaths. Finally, look at Jesus Christ who willingly was crucified on the cross to bear the sins of the whole world so that all who believe in Him will be saved. Jesus is the ultimate picture of a tough, masculine man! Yes, God wants men to be tough and masculine.

God calls women the weaker vessel. We are the ones that are sensitive, weaker than men, and feminine. We are the ones God calls to marry, bear children, and guide the home. This is the job that He created for us. We don’t have the testosterone flowing through our bodies like men do. He created us with different hormones to bear and raise children. Yes, we are more emotional and sensitive than men because of this and it’s a good thing!