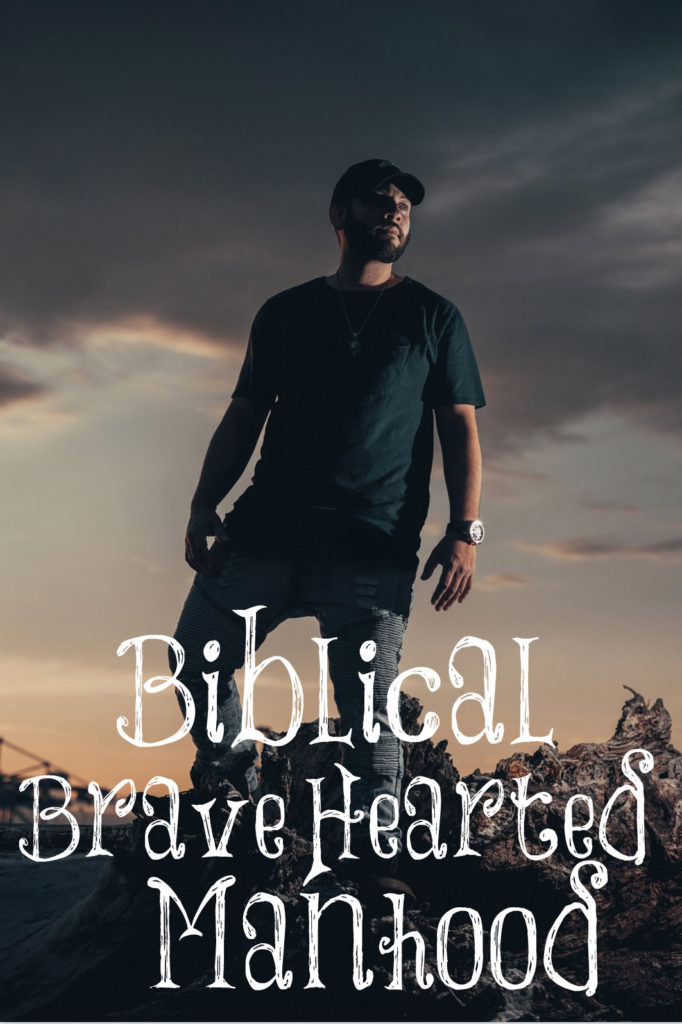 This post was written by Rusty Thomas on Father’s Day. Yes, it’s a post for men, but it says a lot to women too.

We can look to the failure of our government, church, and culture, but the ultimate failure is traced back to the feminization of men and the masculization of women. Much of true Biblical manhood has suffered great loss in our nation. Fathers are missing in action, and our children are adrift.

Two enemies have conspired to neuter men and bring about the sexual confusion savaging our nation.

A. The battle from within is the inherit weakness of men that has passed to all males since the Fall which are passivity and irresponsibility. When Adam’s manhood was demanded of him, he went south. He stepped out of his realm of responsibility, obeyed his wife rather than God, and he lost God’s authority.

Mankind has been paying for this treacherous rebellion ever since. The truth is God’s authority always rests upon and works through men who take their place of responsibility. So many men are morally compromised. They lack the moral courage to take a stand in our evil day. Thus, they lack the moral authority to address and defeat evil in our day.

B. The battle from without is feminism. This leads to the inherit curse upon women, which is to dominate, manipulate, and control the man. Isaiah 3:12 warns what happens when a nation’s sayings and doings are against the Lord, “As for My people, children are their oppressors, and women rule over them. O My people! Those who lead you cause you to err, and destroy the way of your paths.”

We think we are a progressive and enlightened nation as we send our women into battle, but little do we know, we are descending more and more into God’s curse. Our nation is consciously rejecting patriarchy for the lie of feminism. If we continue in this rebellion, it is a harbinger of greater woe yet to come.

C. The battle of the sexes comes down to two issues. They are function and value. In salvation, according to Galatians 3:28, there is neither Jew nor Greek (racial class warfare), neither free nor slave (social status), and neither male nor female (the battle of the sexes). We are all one in Christ. Men are not superior in value and women are not inferior in value. God loves us all the same in Christ. It is in the arena of function that God puts major difference between men and women.

According to 1 Corinthians 11:3, God’s divine order is God, Christ, man, and woman. God presupposes strength and leadership to men. 1 Corinthians 16:13 states, “Watch ye, stand fast in the faith, quit you like men, be strong.”

On the other hand, and this maybe fighting words in today’s feminized culture, God calls women, the weaker vessel. It is this revelation that has produced in the history of the church the notion of chivalry. Just like to song goes, “I guess it is just the woman in you that brings out the man in me.” A woman with a meek and mild spirit tames the wild beast in men and helps turn them from predators to protectors.

Since women have abandoned that role and function, which absorbs the harshness of life and grants a measure of comfort, nurturing, and gentleness in our poor-fallen world, life has become intolerable for many men, women, and children. Because the church has not looked squarely at these issues and dealt with them Biblically, it has served to undermine the building block of our society, the family.

“From all that I had read of history and government of human life and manners, I had drawn this conclusion, that the manners of women were the most infallible barometer to ascertain the degree of morality and virtue of a nation. The Jews, the Greeks, the Romans, the Swiss, the Dutch, all lost their public spirit and their republican forms of government when they lost the modesty and domestic virtues of their women.”

The issue we face now is what do we do as our nation, government, church, and culture either reject Biblical manhood or consider it superfluous in today’s world? Just look at the sitcoms. How is the man, the father, presented? He is the buffoon, the idiot, and the brunt of every feministic joke. The women have it all together. They are sharp, smart, the heroine, and the one who must rule over incompetent, cowardly men. The children are depicted as taking advantage of this disorder to rule the roost. It is literally a one-hundred-and-eighty-degree departure from God’s creative order.

Malachi 4:5, 6 declares, “Remember the Law of Moses, My servant, which I commanded him in Horeb for all Israel, with the statutes and judgments. Behold, I will send you Elijah the prophet before the coming of the great and dreadful day of the LORD. And he will turn the hearts of the fathers to the children, and the hearts of the children to their fathers, lest I come and strike the earth with a curse.”

These are the last words spoken by God to His people in the Old Testament. Notice the last recorded word in the Old Testament is “curse.” It is directly related to fatherlessness. Four hundred years passed in utter silence. There was not a prophet, angel, dream, nor vision sent from heaven to God’s people. The heavens were brass and there was a famine for the Word (Amos 8:11).

Suddenly at the dawn of the New Testament, the Lord shatters the silence in Luke 1:11-17. The Lord reiterates the same message from Malachi. When God repeats Himself, it is for emphasis. He does not have a stuttering problem. He highlights the same distinctive marks in Malachi; holiness of life based upon the conformity to God’s law and a call for dads to be good dads.

These two requirements prepared the way of the Lord and received Messiah in the earth. They also are required to advance God’s cause and Kingdom in the earth. This is why true manhood is hated, and fatherhood is mocked in today’s culture.

Men, our manhood will be based on two Biblical models. The first is what we inherited from the first Adam, and what is now available to us through the second Adam, Jesus Christ. One will be defined by passivity and irresponsibility or one that will be defined by leading courageously with God’s Word (Matthew 4:1-11).

Psalm 112:1, 2 states, “Praise the LORD! Blessed is the man who fears the LORD, who delights greatly in His commandments. His descendants will be mighty on earth; The generation of the upright will be blessed.”

Fathers think of creating a Christian Dynasty according to the legacy of the Scottish Covenanters. Faithful Scottish Pastors challenged the men of their congregations to disciple and train their families for the glory of God. It was they who gave us the Titanic motto “Women and Children First” and the legacy of the Birkenhead sea disaster where they lived out that motto.

On this Father’s Day commit to rebuild the family altars and encourage your sons not to make the same mistakes that we have committed. It is better to raise godly sons than to repair broken men.

And, ye fathers, provoke not your children to wrath: but bring them up in the nurture and admonition of the Lord.
Ephesians 6:4