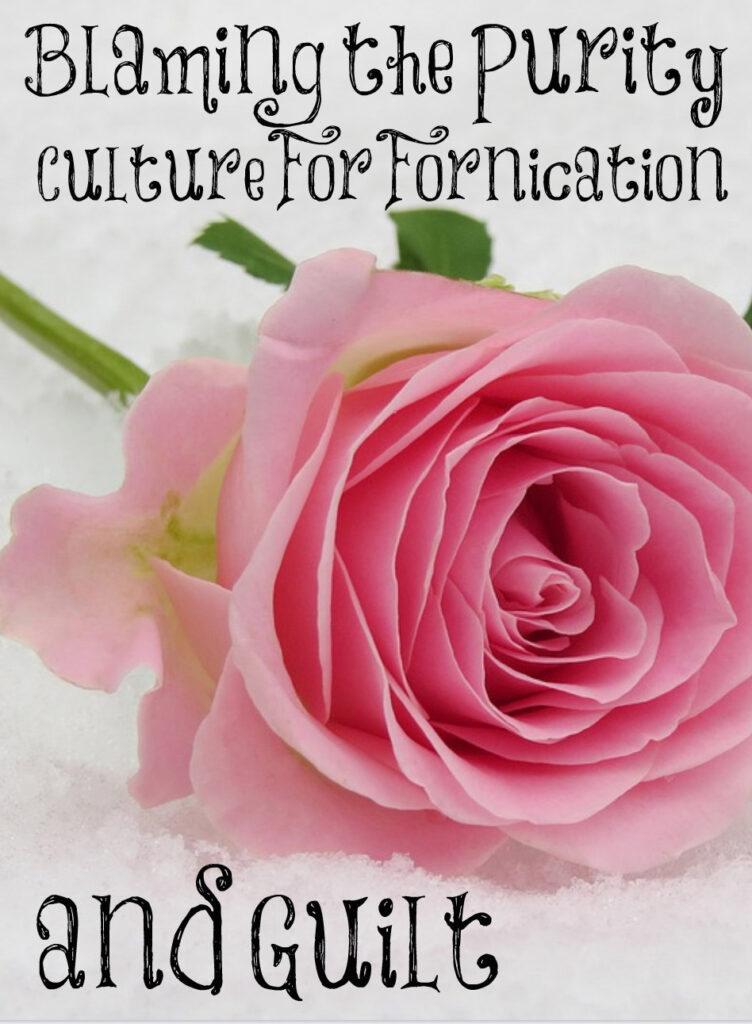 A man who goes by @GenealogyofAdam on Twitter wrote the following: “I’ve noticed a trend that many people complaining about ‘purity culture’ are really just complaining about Christian sexual ethics, and it almost exclusively seems to be women.”

Man: “It’s not the act. It’s the guilt for even thinking it to a lot of people within the church. It isn’t about staying pure anymore, as bad as that sounds. They guilt people which is where a lot of the problems with the ‘purity culture’ stands.”

Adam: “One shouldn’t feel guilty for having impure thoughts, but rather for acting on them. Guilt has its place.”

I agree with Adam for the most part, but any impure thoughts need to be taken captive to the obedience of Christ. They need to be quickly kicked out and replaced with Truth. The more we practice doing this, the easier it will become.

Many hated the entire purity culture. They felt that once they had sex, they were “dirty” according to what they were taught. Let’s see what God’s Word has to say about it. “Flee fornication. Every sin that a man doeth is without the body; but he that committeth fornication sinneth against his own body” (1 Corinthians 6:18). “Marriage is honourable in all, and the bed undefiled: but whoremongers and adulterers God will judge” (Hebrews 13:4). There are MANY more verses about this topic, but I will stick with these two for now.

God clearly states that when one fornicates, they are sinning against their own body. Fornication has caused devastation in many, many lives. It has led to STDs, infertility, abortion, heartbreak, divorce mentality, and broken lives. God speaks strongly against fornication. The purity culture did too. They wanted to warn young people of the danger ahead if they participated in fornication.

Yes, God forgives. Yes, people who have committed fornication can find healing in Christ, but that doesn’t mean that they won’t suffer consequences of their sin while in this life. Warn the young people about the pain and suffering fornication brings. Teach them the beauty of sex within the bonds of marriage. Teach your children that their desire should be to glorify God in everything! Let this be their measuring stick for everything in life. The only place where any sexual activity glorifies God is in the marriage bed. Everything else is sin and causes a lot of suffering. God’s boundaries are for our good.

8 thoughts on “Blaming the Purity Culture For Fornication and Guilt”