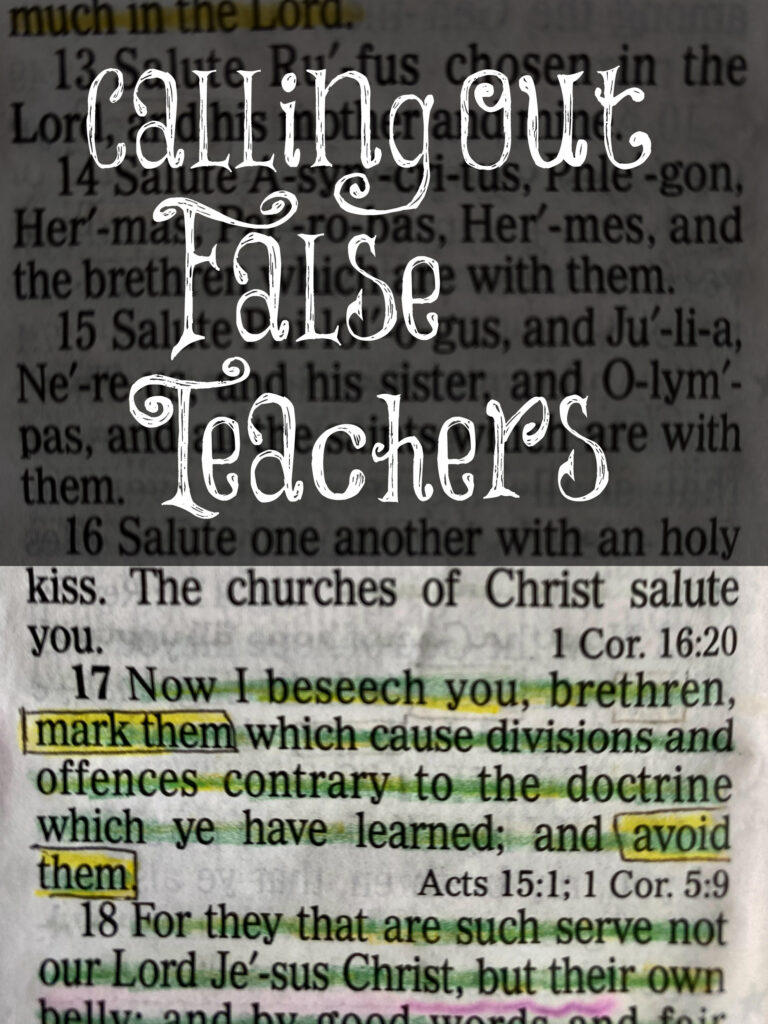 On October 30th, Beth Moore wrote the following as tweets: “Single Christian women, I’m not one to give a lot of dating advice but I find myself unable to recommend you marrying bros with the words eternal submission in their social media bios or their pinned tweets.” Then she followed up with this tweet: “Now I’m just looking out for you here. I don’t trust a dude for marriage who’s utterly fixated on the word submission. And if his life verse is about women’s silence, I suggest being silent when you get the first text from him. I’m just doing women’s ministry here this morning.”

She is mocking God by these tweets. God has commanded older women to teach younger women biblical womanhood as specified in Titus 2:3-5. Rather than teaching younger women these things, she warns against them. Some godly women told me that they would love to see men looking for godly wives who agreed with being submissive and quiet in the churches in their bios. They want men who want women who actually honor what God’s Word has to say to them.

Instead, Beth rebels against these things. She is not quiet in the churches. She is a female preacher leading many astray. And she never has taught the biblical submission of wives to their husbands. She has never taught a course on biblical womanhood. She teaches what God has ordained men to preach and teach.

Besides, what man is going to put “eternal submission” in his bio? One man on my Gab account sarcastically wrote the following under her tweet: “Because there is really just a plague of young single men who have ‘eternal submission’ in their social media bios and ‘silent in the churches’ as their life verse. Just oodles of them. Everywhere you look these days. Can’t be too careful.” Beth just made these things up out of thin air! She hates the Patriarchy so much (which is actually God’s Word that she hates), that she’s willing to make something up to disrespect men who honor God’s Word and ways.

Women have scolded me for judging Beth Moore. This is always their go-to when I write something about false teachers. God says differently. “Now I beseech you, brethren, mark them which cause divisions and offences contrary to the doctrine which ye have learned; and avoid them” (Romans 16:17). In fact, in almost every book of the New Testament, we are warned about false teachers. We are commanded to make righteous judgements. “Judge not according to the appearance, but judge righteous judgment” (John 7:24).

Please, women, stop learning from the many false female preachers, and there are a lot of them. Most churches today use material from these women. This is why women are so easily deceived. Instead of listening to the male elders in their churches and their husbands at home, as God has commands, they attend these women’s Bible studies that never teach them what God has commanded women to teach the younger women. But instead, they are taught things that are false and not biblical. They may sound great, but when matched with scripture, they fail miserably.

9 thoughts on “Calling Out False Teachers”