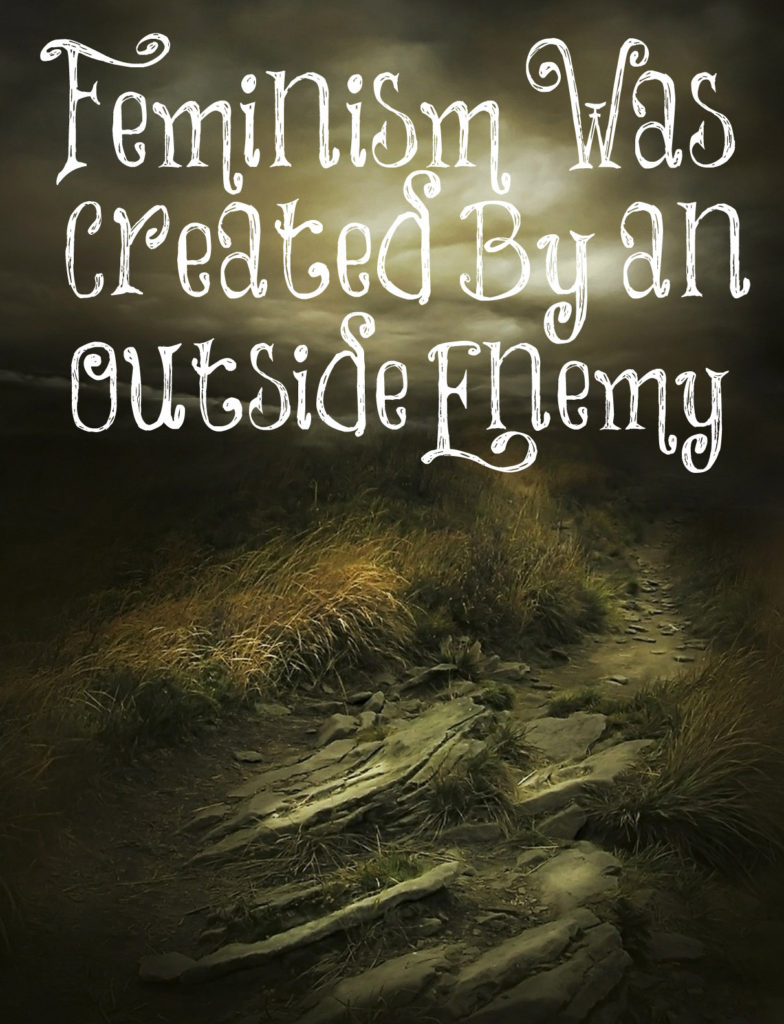 Women, God’s ways aren’t for our harm but for our good. He is the One who created us. He didn’t create men and women the same. We are different, and we have different roles. Women trying to be men and even superior to them has only caused harm to families, marriages, children, and culture.

Anthony, from 21 Studios shared my video on his page. Here are some of the comments that men left.

“Feminism was created and installed in America by an outside enemy. If you haven’t figure out yet this is a weapon to destroy a country, you aren’t awake.”

“My wife and I have been together for 14 years, then she started watching shows like The View and she went along with her single mother friends and cousins. My wife and I were best friends. There was nobody I wanted to spend my time and energy with more so than her. Now, I can’t stand her. Just the other day, I ended up heartbroken when I realized that I don’t love her anymore. I’ve just tolerated her for the sake of my son.”

“The really infuriating part is that parents have let the government turn their daughters into debt/tax servants over the last 20 years. It’s too late to apologize now.”

“My manager has a wife who is completely a homemaker. She looks great, always happy, and just idolizes him. He has a pretty hectic career, but she completely takes care of the home and keeps him on track. They have a child, and she just looks so fulfilled. This video is completely spot on, and I really admire her honesty.”

“You are right! My wife turned from God and now is following feminism which is satanism. These societies hate God. It hates the truth. It hates children.”

“Everything she said in this video is exactly what men have been dying to speak up about for years now, but men can’t because it’s considered sexist, misogynistic, or hateful to hold any sort of criticisms against women.”

“This is a very wise and correct woman. Most women today are very selfish, argumentative, and defiant. When women try to lead the relationship, it is doomed to misery and failure because it’s not natural. I’m in one of these relationships now, and it really sucks. I have a deep sadness in my heart, because I know that a relationship should be more fun and mutual. It’s not.”

It is better to dwell in a corner of the housetop, than with a brawling [quarrelsome, contentious] woman in a wide house.
Proverbs 21:9