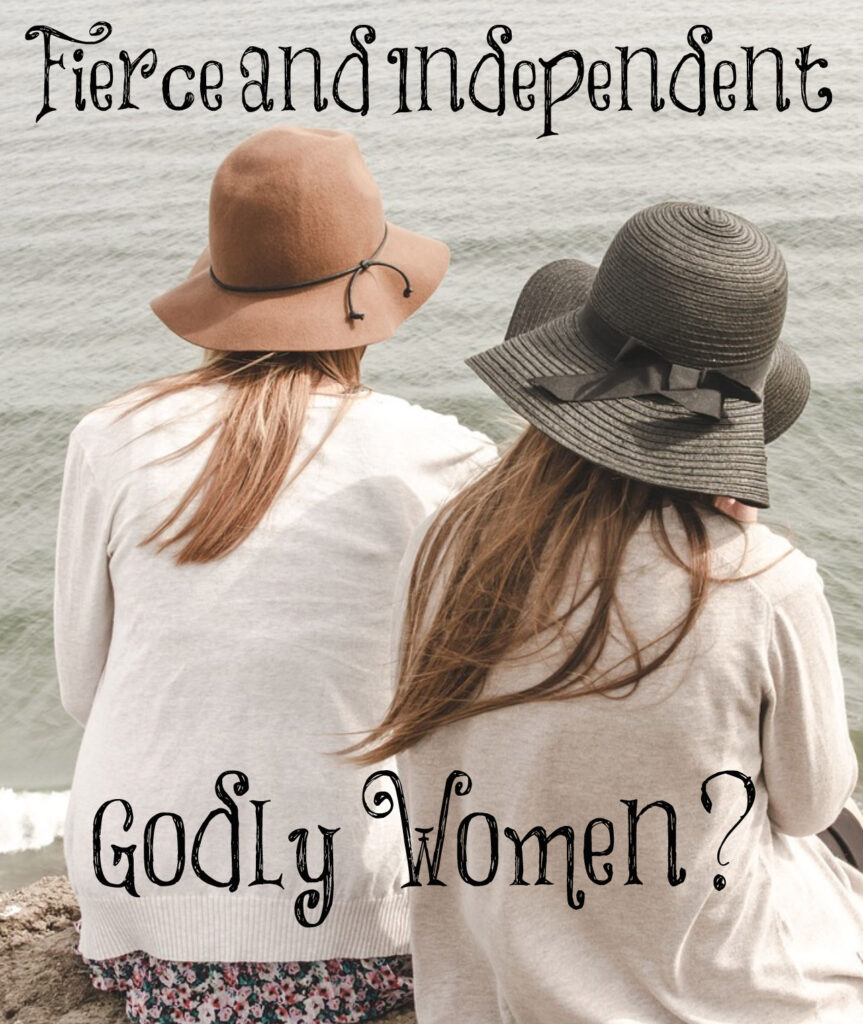 I recently heard a famous Christian woman introducing a group of Christian celebrities to a stage. Her commendation was that they were all “fierce” and “independent” women.

“Fierce” sounds kind of scary to me. “Brave” is good; “courageous” is good, but I think I’d dial back the “fierce” part. But maybe that’s just me. I tend to think of a “Karen” when I think of a “fierce” woman, and it’s not very attractive in my mind. The Bible speaks of the foolish woman this way:

But “independent” was the term that truly bothered me because most of those women were married. I know the world applauds these catch-phrases but is that how the Bible describes what a woman (especially a married woman) should be? Independent? Really?

“Nevertheless, in the Lord woman is not independent of man nor man of woman.” (1 Corinthians 11:11)

Actually, independence in the Christian life is not the virtue the world claims it is (for males or females).

(Obviously, I’m not talking about dependency in an unhealthy, co-dependent way, but in a normal, “we need each other as a family” way.)

So, ideally, even a single sister in Christ shouldn’t be mainly known for her “independence.”

What if we allowed the Bible to set the standard for Biblical womanhood, instead of the world?

“Older women likewise are to be REVERENT in behavior, not slanderers or slaves to much wine. They are to teach what is GOOD, and so train the young women to LOVE their husbands and children, to be SELF-CONTROLLED, PURE, working at home, KIND, and SUBMISSIVE to their own husbands, that the word of God may not be reviled.” (Titus 2:3-5)

What if next time we said, “This is a group of reverent, good, loving, self-controlled, pure, kind and submissive women!”? Might that be closer to the Biblical target than “fierce” and ‘independent”? Might that be more worthy of applause? (Just thinking.)

But let it be the hidden man of the heart, in that which is not corruptible, even the ornament of a meek and quiet spirit, which is in the sight of God of great price. For after this manner in the old time the holy women also, who trusted in God, adorned themselves, being in subjection unto their own husbands: Even as Sara obeyed Abraham, calling him lord: whose daughters ye are, as long as ye do well, and are not afraid with any amazement.
1 Peter 3:4-6