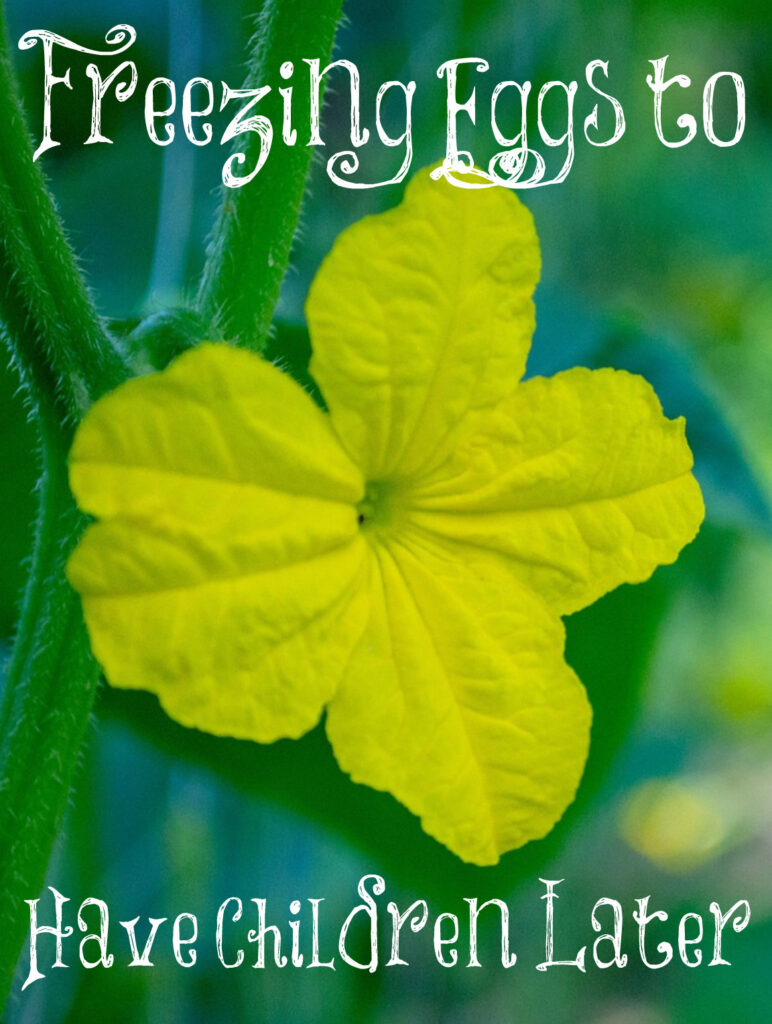 Women are actually freezing their eggs so they don’t have to worry about not being able to have children later in life. They can put off childbearing while they pursue their careers because, after all, careers are far superior to being home while being a wife and mother. This is at least what women have been told all throughout their childhood through Hollywood, schools, parents, and sadly, even churches. With modern technology, women don’t have to worry about the ticking clock of their fertility. Freeze their eggs and get pregnant when they feel like it.

Unfortunately, it doesn’t always go as planned. The fertility window in a woman’s life span is not that long. By thirty years old, she has lost 90 percent of her eggs. Yet, this is the peak time for women to pursue careers, pay off their mountains of debt, and travel around the world. However, things didn’t go as planned for Brigitte Adams. She was on the cover of Bloomberg Business Week with the caption “Freeze Your Eggs, Free Your Career.” In her late 30s, she froze her eggs.

Years later, she still had not met Mr. Right so she decided to try to get pregnant with her frozen eggs. Two died during the thawing process. Three failed to fertilize. Five were abnormal. The last one was planted in her uterus. This one failed too. “She remembers screaming like a wild animal, throwing books, papers, her laptop, and collapsing to the ground. ‘It was the worse day of my life. There were so many emotions. I was sad. I was angry. I was ashamed. I asked, Why me?'”

Feminism lied to her and many other women. They find out too late that it was all lies. They grow old without a husband or any children. It was their choice. I know some of you younger women would love more than anything to marry, bear children, and guide the home, but you haven’t been asked to get married. This isn’t the same. There’s no regrets when you live your life open to the will of God. But there are regrets if you’ve purposely lived your life for yourself and opposed to God’s will, then later look back and see the harm with the choices you made.

My advice to you, younger women, is to don’t do anything to prevent getting married, having children, and being home with them. If you decide to go to college, do it with little to no debt. Choose wisely and just know that you will be taught many things that are opposed to God. The professors will do everything they can to convince you that there is not God, and that you should not live for Him. Many are not strong enough to handle these false teachings day in and day out and walk away from the faith they grew up with. Be armed for a spiritual battle.

There are many other things to do with your life besides going to college. Seek the Lord in prayer asking Him for wisdom. Develop your talents such as sewing, gardening, cooking, writing, and other things you may enjoy. Wait upon the Lord. He is good, and His plan for you is good (Romans 8:28). Women are most fertile in their twenties, so we wonder why the feminist movement tried so hard to keep young women far away from being married and bearing children in their twenties. It certainly wasn’t God’s plan for them.

7 thoughts on “Freezing Eggs to Have Children Later”