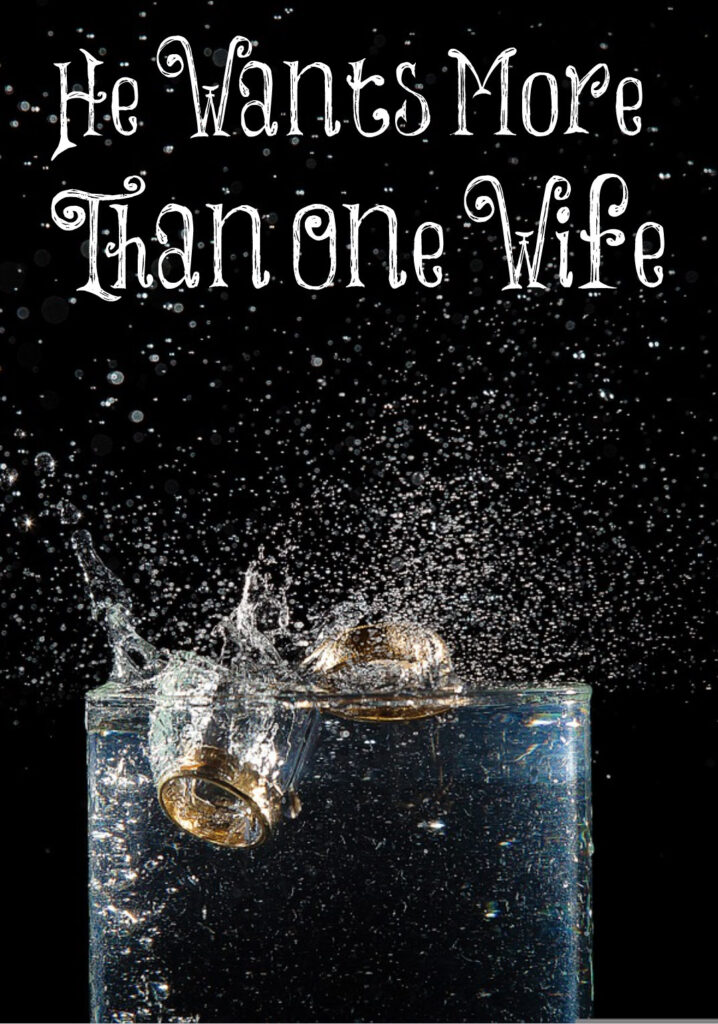 A woman wrote me and told me her husband wants more wives. He is searching for more wives but with specific qualifications. None of the women so far want to adhere to his qualifications, thankfully. I encouraged her to keep praying that God would thwart his agenda.

God allowed polygamy in the Bible but it wasn’t His ordained will just as He allowed slavery due to sin. He also allowed Hitler to be the chancellor of Germany who murdered millions of people. Hitler was not in God’s ordained will since God wants leaders to be benevolent leaders.

I asked the women in the chat room what advice they would give to this woman. Lindsay Harold gave this wise advice.

1) It’s adultery. He promised in his wedding vows to be faithful to her and only her.

2) It’s illegal in Western countries. So he can’t actually legally marry another woman. He would be pretending to be married and sinning sexually with her.

3) It’s unfair to women to make them share the attention and provision of the same man. Polygamy has always caused jealousy, quarreling, and strife and it always will because it violates our nature.

4) God designed marriage to be one man and one woman. He made Adam and Eve, not Adam and a harem.

5) Polygamy violates the pattern God gave for marriage where two become one (not three or four or five becoming one). You can’t join as one with someone unless you forsake all others.

6) Jesus is our pattern and He has one bride – the Church.

She should make it clear to her husband that she will not accept any other wives or enable his sin. If he chooses to have sex with another woman, she will leave until he repents and chooses to be faithful to her.