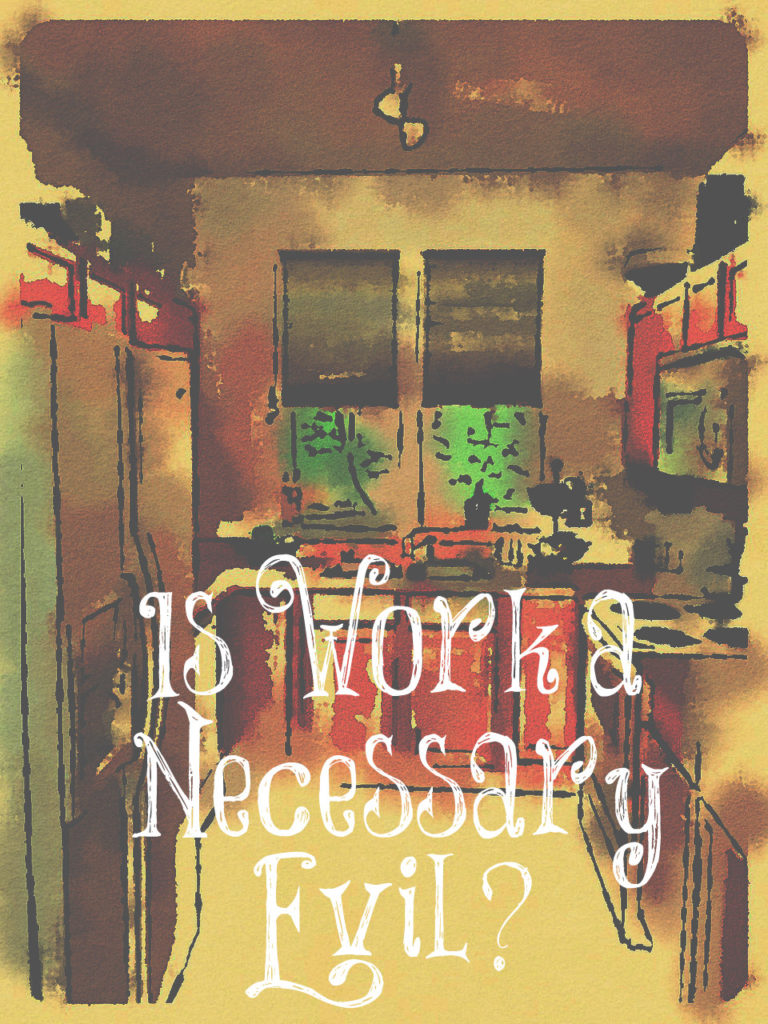 Written By Elisabeth Elliot from Keep a Quiet Heart

The principle cause of boredom is the hatred of work. People are trained from childhood to hate it. Parents often feel guilty of making children do anything but the merest gestures toward work. Perhaps the children are required to make their beds and, in a feeble and half-hearted fashion, tidy up their rooms once a month or so. But take full responsibility to clear the table, load the dishwasher, scrub the pots, wipe the counters? How many have the courage to ask this of a 10 year old? It would be too much to ask of many 10 year olds because parents have seriously asked nothing of them when they are two or three. Children quickly pick up the parents’ negative attitudes toward work and think of it as something most sedulously to be avoided.

Our Lord and Savior worked. There is little doubt that He served in a carpenter shop under the instruction of His earthly father Joseph, putting in long hours, learning skill, care, responsibility, and above all, the glory of work as a gift to glorify His Heavenly Father. He did always those things that please the Father. Later he chose almost all His disciples from those who labored with their hands. Even the apostle Paul, a man of brilliant intellect, made tents.

Booker T. Washington, an African-American who grew up in the South when members of his race were expected to do the hardest and dirtiest jobs, learned his greatest lesson from the example of a Christian woman. A New Englander, the founder of the Hampton Institute, she herself washed the windows the day before school started, so it would be nice for those children who had been born slaves.

Is work a necessary evil, even a curse? A Christian who spent many years in Soviet work camps, learning to know work at its most brutal, it’s most degrading and dehumanizing, testified that he took pride in it, did the best he could, worked to the limit of his strength every day. Why? Because he saw it as a gift from God, coming to him from the hand of God, the very will of God for him. He remembered that Jesus did not make benches and roof beams and plow handles by means of miracles, but by means of saw, axe, and adze.

Wouldn’t it make an astounding difference, not only in the quality of the work we do, but also in our satisfaction, even our joy, if we recognized God’s gracious gift in every single task, from making a bed or bathing a baby? If our children saw us doing “heartily as unto the Lord” all the work we do, they would learn true happiness. Instead of feeling that they must be allowed to do what they like, they would learn to like what they do.

St. Ignatius Loyola prayed, “Teach us, Good Lord, to labor and to ask for no reward save that of knowing that we do Thy will.” As I learn to pray that prayer, I find that there are many more rewards that come along as fringe benefits. As we make an offering of our work, we find the truth of a principle Jesus taught: Fulfillment is not a goal to achieve, but always the by-product of sacrifice.”

And whatsoever ye do, do it heartily, as to the Lord, and not unto men.
Colossians 3:23

12 thoughts on “Is Work a Necessary Evil?”