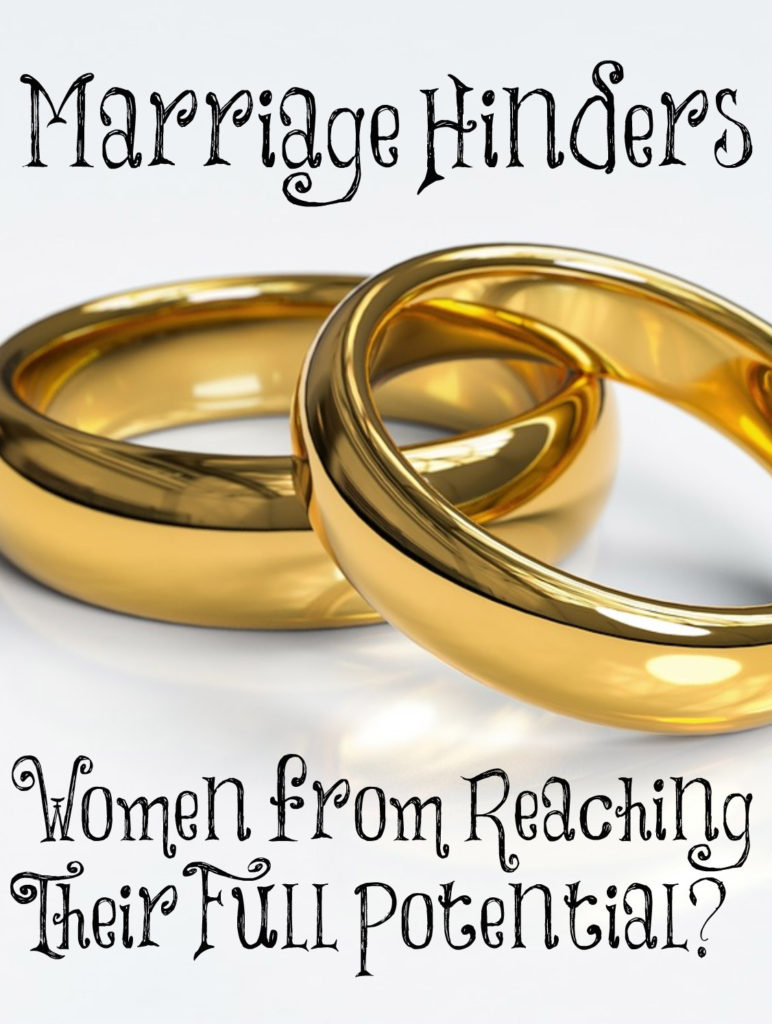 A month ago, I made a video called “Women are No Longer Marriage Material.” Here’s one comment I received on it: “Because marriage is *&@*…It is a form of property ownership and transfer of another human being from one male to another. It’s dark ages *&@* that has hindered women from reaching their full potential for far too long. No human should own or be subservient to another human.”

It’s sad how angry and mean feminism has made women. My new definition for feminism: “Women’s complete rebellion against God’s will for their lives.” Do you know that what this woman wrote is exactly what the women who began the feminist movement believed? This is what they taught women. They taught women that marriage was oppressive and being at home with children was bondage. “There’s freedom out in the world, in the men’s space!” they cried.

THIS is why women are no longer marriage material. Marriage is NOT a form of property ownership. It’s two becoming one flesh. Men don’t buy their wives. They win their wives! It’s a beautiful creation by God Almighty! It’s a woman becoming her husband’s help meet, not being subservient to him. Yes, she is commanded to submit to and be obedient to him, but this is God’s authority structure for our good, not our harm, as feminists have twisted it to mean.

Yes, it’s transferring one woman from her father to her husband, but this is for her protection! Women are the weaker vessel, and God set it up for women to be protected by men. Feminists turn something that is good and beautiful into something twisted and ugly. Women are unprotected and unsafe out from the protection of good men.

And the Lord God said, It is not good that the man should be alone; I will make him a help meet for him…Therefore shall a man leave his father and his mother, and shall cleave unto his wife: and they be one flesh.
Genesis 2:18,23,24