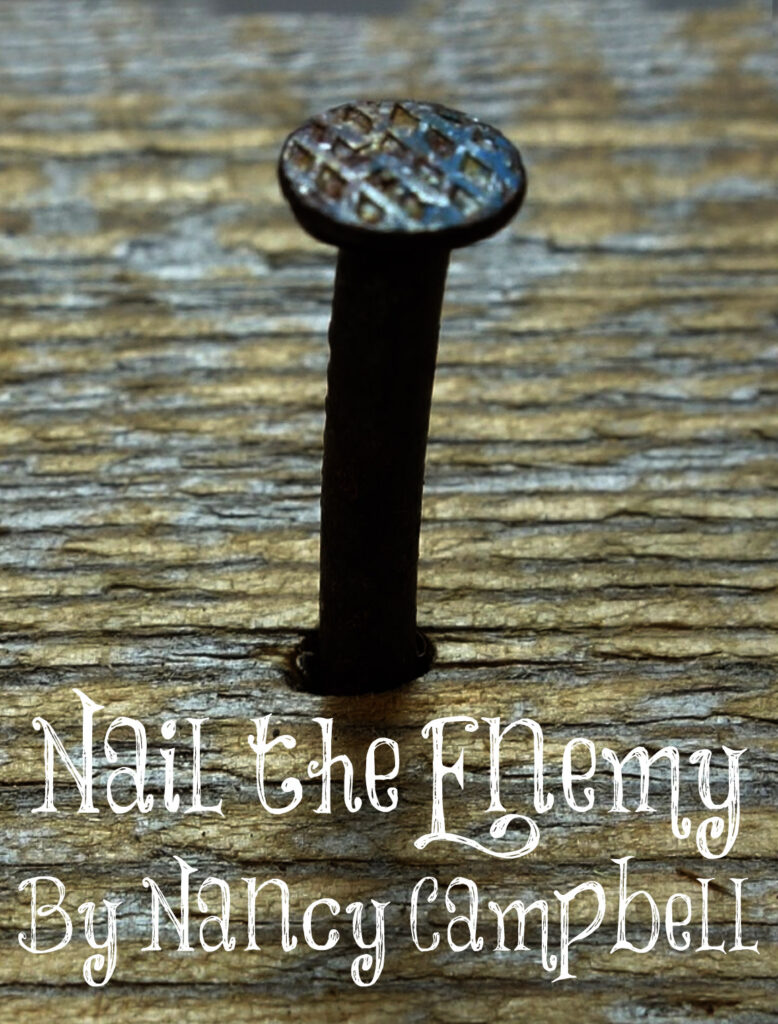 Written By Nancy Campbell at Above Rubies

Do you remember Jael in the Bible? God called her “blessed above all women who lived in tents.” The Kenites lived in tents in those days. Why was she given such honor? Because she destroyed the enemy who came to her home. You can read the whole story in Judges 4:17-23 and 5:24-31.

God gave the Israelites victory over the Canaanites who had held them in slavery for 20 years. Captain Sisera ran for his life and came to the home of Jael. Jael took him in, gave him milk, and a bed to sleep. But once he was asleep, she took a tent peg, silently crept up to him and nailed it through his head, crushing his head with a shattering blow. Why would Jael be honored for such a gruesome deed?

This story reveals a spiritual principle. Jael did not give the enemy a foothold in her home. She dealt him a death blow. This is the same spirit God wants us to have. The enemy of our souls and the souls of our children, lurks around trying to gain a foothold in our home. We must be on the watch. And when he makes an appearance. we will not sit idly by. We will not be tolerant.

Pray up a storm.

Speak the Scriptures out loud

Speak the name of Jesus our loud.

Plead the blood of Jesus.

Deal the enemy a death blow.

He’s not taking my children on my watch!

Jael didn’t even have to go out to war. She won the final victory for the nation of Israel right in her home. As a mother, you are also a warrior for God in your home. Don’t give the devil who comes “to steal, kill, and destroy” one inch of comfort in your home. In the powerful name of Jesus Christ, throw him out.
Rise up in the powerful name of Jesus and be a devil-defeating mother.