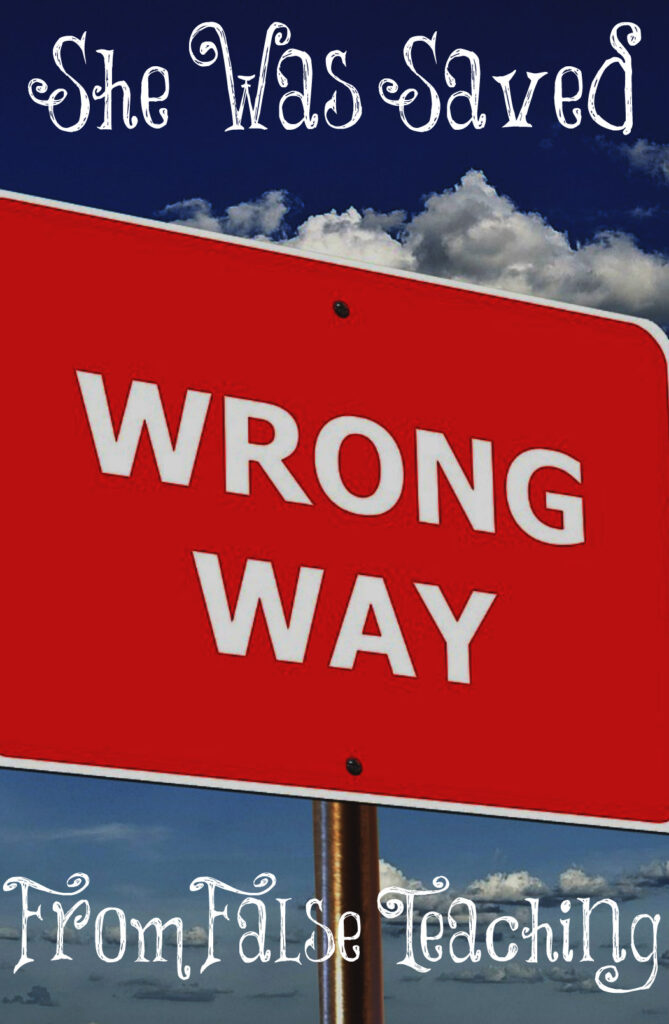 A long while back when I was a carnal Christian and swept up in the culture, worldly entertainment, a sinful life, false teachings, and worldly ideas, I was a Pharisee, but didn’t know it. And I had a charismatic self-righteous bone to pick with a woman named Lori.

For weeks, I judged this lady and ranted about her and her website.

I was very upset with her and criticized her, but thought I was defending women, defending Christ. I was wrong.

I thought she was legalistic, judgmental and hateful.. That what she was posting was not relevant or applicable in today’s world. I thought she was biblically ignorant and unloving, but that described me, not her.

I was deceived by feminists who were in complete rebellion of the biblical commands for a wife.

I thought Lori was being hateful by sharing the truth of scripture.

I don’t recall the specifics, but a few things I do remember is the anger I felt toward Lori, and that a friend of mine named Lindsey told me one day that what Lori was posting was biblical, but I was so swept up in the culture and false teachings that she could not convince me otherwise. I remember acknowledging it was biblical but still rejecting it.

I found friends in women’s groups who dissected and bashed every single thing about Lori. I thought we were right and she was wrong. I thought she was a hypocrite. I was the hypocrite.

I thought she was ignorant. I was ignorant. I knew what the Bible taught, but it convicted me so I rejected it, twisted it, and discarded its teachings to make me feel comfortable in my sin and frivolous lifestyle.. to try to feel better about living an ungodly life in many ways.

When I found myself tempted to defend sins such as sex outside of marriage, abortion, even LGBT lifestyles, I knew I had strayed and had to get right with God… I had to repent and study my Bible before the wages of sin caught up with me.

Several years later, I have returned to the true gospel I was raised on, the true biblical teachings that I know from my daily life are the truth beyond the shadow of a doubt… the true, complete Word of God that is just as relevant today as it was thousands of years ago.

I’ve tested them all, different teachings and cultural beliefs, and I can say today that when I discovered the teachings of John Macarthur, my entire family’s life radically changed immediately, and I truly walk by faith and in Truth now, and not false teachings or cultural influences.

I am now, finally, a biblical wife, mother and member of the Body of Christ.

I don’t recall the specific posts, and I haven’t read her website in several years, but I have been convicted to repent and apologize to this lady because it was me who was wrong, not her.

So, to The Transformed Wife, I am sorry. I was one of the thousands of women who hated you for sharing the truth when I was deceived. But no longer. I am thankful for people who shared the true Gospel on social media, not matter how difficult or unpopular it is. I am now also hated or shunned by many for sharing the Truth in love, and I appreciate you, remember you, and pray for you.

I don’t know what you are doing these days, but sometimes I wonder if you ever listened to Dr. MacArthur’s sermons too. Thank you for trying to reach me when I was unreachable. Thank you too, Lindsey, for planting that seed. I still remember it. And thank God for saving me from false teachings, the culture, my sins, and pride.

And be ye kind one to another, tenderhearted, forgiving one another, even as God for Christ’s sake hath forgiven you.
Ephesians 4:32

***Thank you, Jayme. I forgive you completely! Christ has forgiven me completely. How can I do any less? You’re not the first one to ask me for forgiveness for the same type of things. God is good. His Word never comes back void. We are only responsible for speaking truth in hopes of others hearing and being convicted then repenting and believing in Jesus Christ. His ways are perfect!