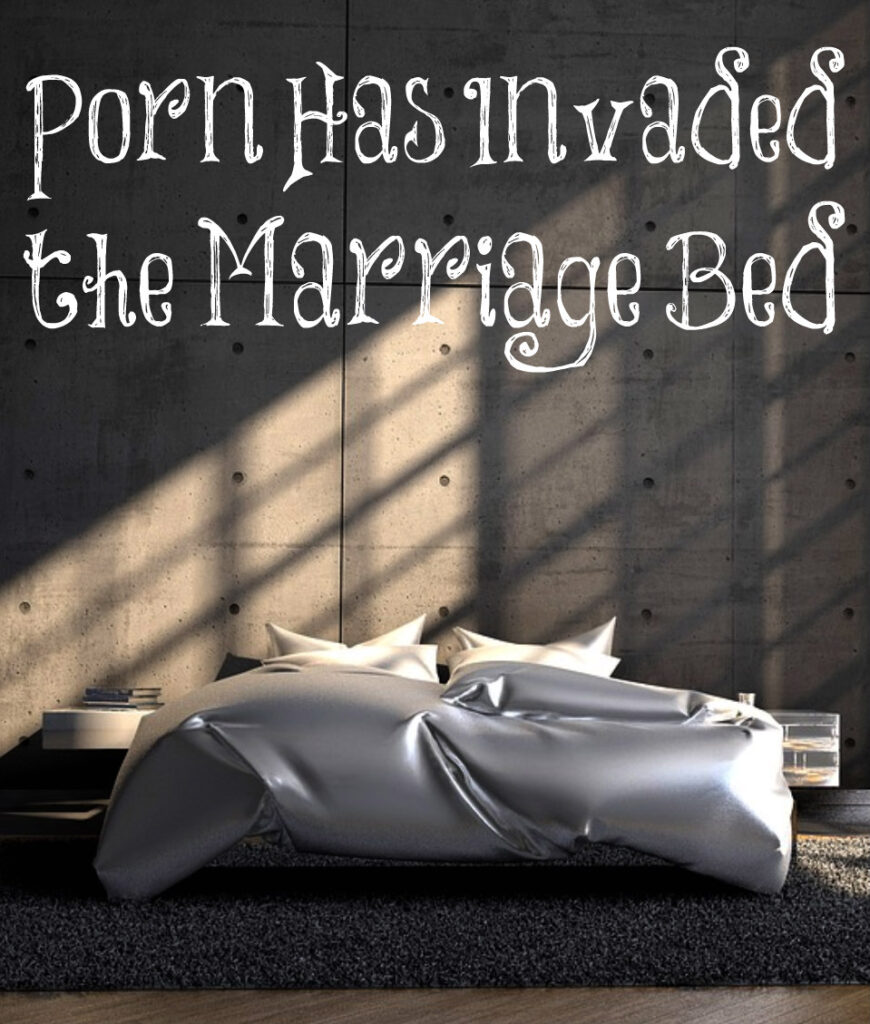 “Maintaining Regular but Moderate Marital Sex. ‘Marriage is honorable among all, and the bed undefiled; but fornicators and adulterers God will judge’ (Heb. 13:4). Marital sex is designed to remedy impure affections, not excite them. You cannot follow every sexual folly you can imagine with your spouse, just because you are married. Owning wine gives you no permission to get drunk. Be moderate and sensible. For example, you might abstain for a time to give yourselves to prayer (1 Cor. 7:5). Even in marital relations we must show reverence to God and respect for each other. True love does not behave rudely.” (Reverend Richard Steele)

Then here’s what Pastor John MacArthur wrote about The Rape of Song of Songs:

“The language Scripture employs when dealing with the physical relationship between husband and wife is always careful—often plain, sometimes poetic, usually delicate, frequently muted by euphemisms, and never fully explicit. There is no hint of sophomoric lewdness in the Bible, even when the prophet’s clear purpose is to shock (such as when Ezekiel 23:20 likens Israel’s apostasy to an act of gross fornication motivated by the lust of bestiality). When an act of adultery is part of the narrative (such as David’s sin with Bathsheba), it is never described in way that would gratify a lascivious imagination or arouse lustful thoughts.

“The message of Scripture regarding sex is simple and consistent throughout: total physical intimacy within marriage is pure and ought to be enjoyed (Hebrews 13:4); but remove the marriage covenant from the equation and all sexual activity (including that which occurs only in the imagination) is nothing but fornication, a serious sin that is especially defiling and shameful—so much so that merely talking about it inappropriately is a disgrace (Ephesians 5:12).

“The truth is that God’s Word never gives specific instruction about the details of a married couple’s personal preferences in their sex life. Sermons that pretend to find such instruction, like the sexual preoccupation demonstrated in these assaults on the Song of Solomon, are more damaging than helpful—because they elevate the imagination of the preacher to a higher position of prominence and authority than the true revelation of God.” (John MacArthur, The Rape of Song of Songs)