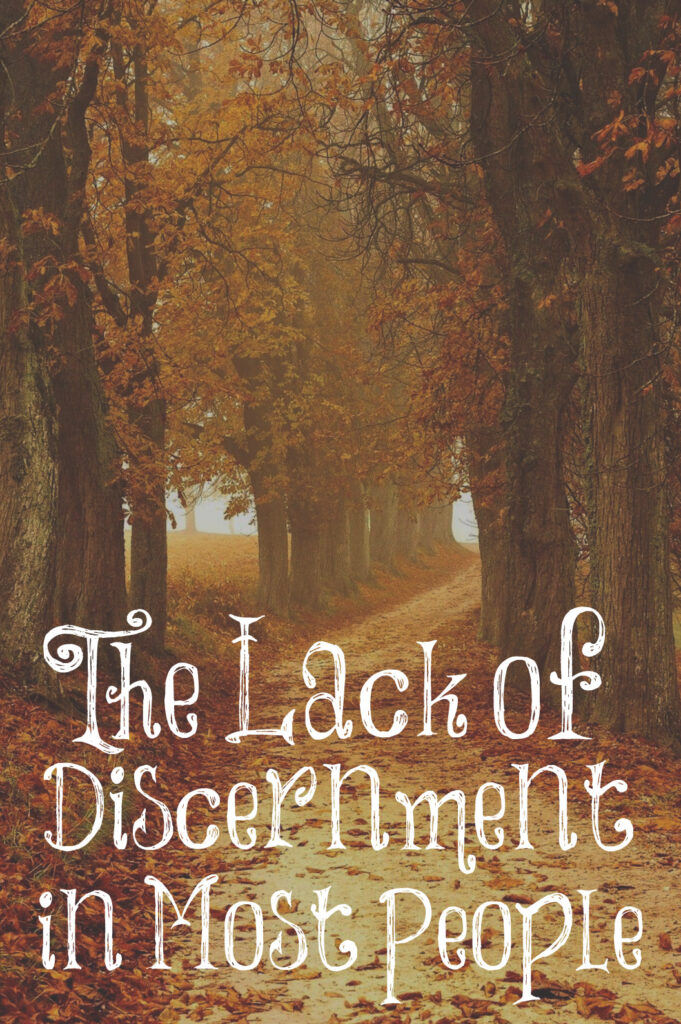 Many people lack discernment. Even many Christians lack this important quality. What is discernment? Here’s the 1828 Webster Dictionary’s definition: “DISCERNMENT, noun The act of discerning; also, the power or faculty of the mind, by which it distinguishes one thing from another, as truth from falsehood, virtue from vice; acuteness of judgment; power of perceiving differences of things or ideas, and their relations and tendencies. The errors of youth often proceed from the want of discernment.”

I saw this in the recent election. I couldn’t believe how many people who called themselves Christians were voting for Biden. They didn’t understand the Left’s radical, wicked, godless agenda? They couldn’t see the good that President Trump had done while president? They couldn’t see that he loved America, the Constitution, religious freedom, Christians, and the unborn? Whereas, the Left and Biden hates all of these things? Why were they not able to clearly distinguish between good and evil? They lacked discernment. Truth seems to offend them. God tells us that His people are destroyed for lack of knowledge (Hosea 4:6).

How does one become discerning? They must be in the Word of God consistently. ALL wisdom is from God. There is no wisdom apart from Him. They must listen to godly preachers teach the Word of God. They must read and study books written by wise men. This is how one learns discernment. They must stop watching foolish stuff on TV and in the movies. They must dwell on the good and the lovely (Philippians 4:8). This world promotes foolishness. If you dwell on the things of this world, you will be foolish. Dwell on the things of the Lord instead. Seek wisdom! Pursue it. “But strong meat belongeth to them that are of full age, even those who by reason of use have their senses exercised to discern both good and evil” (Hebrews 5:14).

Wisdom is the principal thing; therefore get wisdom: and with all thy getting get understanding.
Proverbs 4:7

***Here’s a great sermon by John MacArthur about discernment.

***I made a video on discernment too!