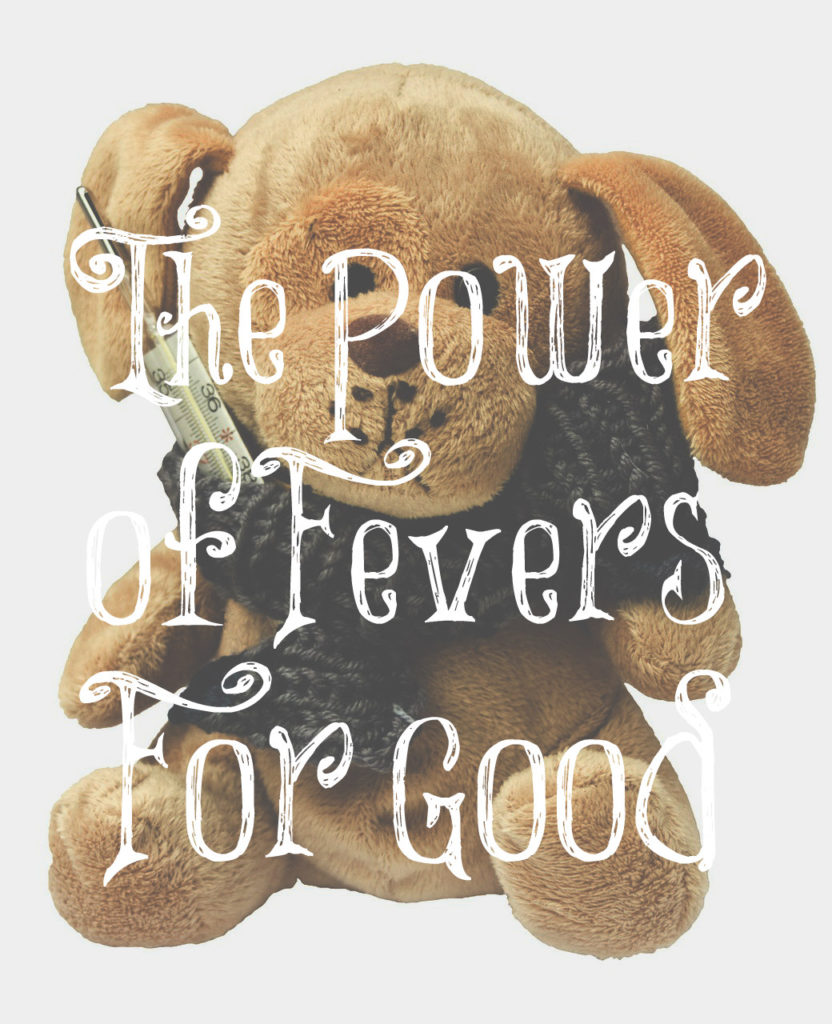 Many people today literally live in fear of having a fever. My mom raised us to not fear them at all but understood that it was the body’s way to rid itself of viruses and disease. I raised my children the same way. I would give them a lot of warm water with fresh lemon juice and organic, raw honey just like my grandmother did with her seven children. (Nowadays, I have also added elderberry syrup for any colds or flu and it’s so easy to make!)

I used Dr. Mendelsohn’s book all the time when I was raising children. He had a medical partner that was older than him who attended medical school when they were still taught the amazing healing powers of the human body. Dr. Mendelsohn learned a lot from him and throughout his 30 years of being a pediatrician, he found that many times the body just needs rest and nourishment to fight most diseases. Here is an excerpt from his book about fevers since this seems to frighten many mothers today:

“If your child contracts an infection, the fever that accompanies it is a blessing, not a curse. It occurs because of the spontaneous release of pyrogens that cause the body temperature to rise. This is a natural defense mechanism that our bodies employ to fight disease. The presence of fever tells you that the repair mechanisms of the body have gone into high gear.

“The process works like this: When an infection develops, your child’s body responds by manufacturing additional white blood cells, called leucocytes. They destroy bacteria and viruses and remove damaged tissue and irritating materials from the body. The activity of the white cells is also increased, and they move more rapidly to the site of the infection. This part of the process, called leucotaxis, is stimulated by the release of the pyrogens that raise body temperature. Hence the fever. A rising body temperature simply indicated that the process of healing is speeding up. It is something to rejoice over, not to fear.

“But that isn’t all that’s happening. Iron, which many germs need in order to thrive, is being removed from the blood and stored in the liver. This reduces the rate at which the bacteria multiply. The action of interferon, a disease-fighting substance produced naturally in the body, also becomes more effective.

“If your children has a fever resulting from infection, resist the temptation to use drugs or sponging to bring it down. Let the fever run its course. If parental sympathy impels you to do something to relieve your child’s discomfort, sponge him off with tepid water or give him one tablet of acetaminophen of the strength recommended for his age. Do nothing beyond that unless the fever persists for more than three days, or other symptoms develop, or your child looks and acts really sick. In that event, see your doctor.

“I want to emphasize that, while reducing his fever may make your child more comfortable, you may interfere with the natural healing process if you do it. My only reason for discussing methods of temperature reduction is the probability that some parents won’t be able to resist doing it. If you are going to do it, sponging is preferable to drugs because of the risks associated with aspirin and acetaminophen. Despite the frequency of their use, these are far from innocuous drugs.

“Your child’s cold, influenza, or any other infection will not produce a fever that exceeds 106 degrees, and below that level the fever will not cause any lasting harm. Because your child’s bodily defenses won’t allow infections to produce fevers of 106 degrees, you need not live in fear of mental or physical damage when his temperature begins to rise. I doubt that many pediatricians, including those who have practiced for decades, have seen more than one or two cases of fever above 106 degrees during their entire careers. Those that did see were the result of causes other than infection, such as poisoning or heatstroke.

“I have treated tens of thousands of children, and I’ve seen only one case of fever higher than 106. That’s not surprising, because it is estimated that 95 percent of childhood fevers don’t even reach 105.

“It is estimated that only 4 percent of children with high fever experience fever-related convulsions. There is no evidence that those who do have them suffer any serious aftereffects as a result. One study of 1,706 children who had suffered febrile convulsions failed to disclose a single death or motor defect. There is also no convincing evidence that febrile seizures in childhood increase susceptibility to epilepsy later in life.”

If your child is less than two months of age and his temperature exceeds 100 degrees, call your doctor.

For older children it is unnecessary to call the doctor unless the fever fails to abate within three days or is accompanied by other major symptoms.

Call your doctor, regardless of temperature level, if the child is experiencing difficulty in breathing, vomiting repeatedly, or strange movements.

If your child experiences chills along with his fever, don’t try to counteract by piling on more blankets. Chills are the bodies way of adjusting to higher temperature.

Encourage your feverish child to rest, but don’t make too big a production of it.

It you have reason to believe that the fever is the result of a cause other than infection, such as heatstroke or poisoning, take your child to a hospital emergency room at once.

Ignore the old wives’ tale “Feed a cold and starve a fever.” Nourishment is an important part of recovery from any illness.

Make sure they are getting plenty of fluids.

I will praise thee; for I am fearfully and wonderfully made: marvellous arethy works; and that my soul knoweth right well.
Psalm 139:14 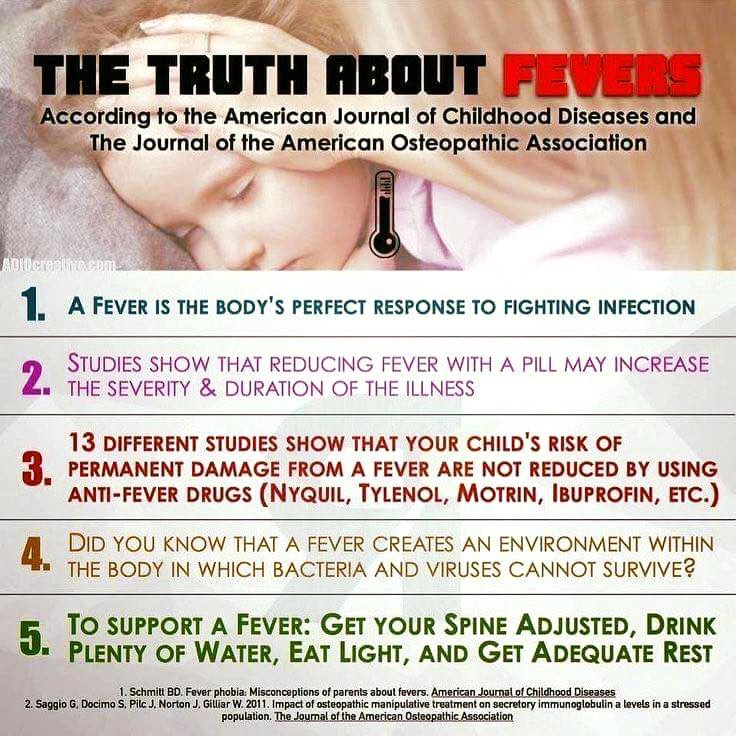 ***Remember, I’m NOT a doctor. I’m just a homemaker who loves to research natural cures and have found many that have worked for my family and me. Information I have given is for educational and informational purposes only and to motivate you to make your own health care and dietary decisions based upon your own research and in partnership with your health care provider. Any statements or claims about the possible health benefits conferred by any foods or supplements have not been evaluated by the Food and Drug Administration and are not intended to diagnose, treat, cure or prevent any disease. Nothing you read here should be relied upon to determine dietary changes, a medical diagnosis or course of treatment.

7 thoughts on “The Power of Fevers For Good”