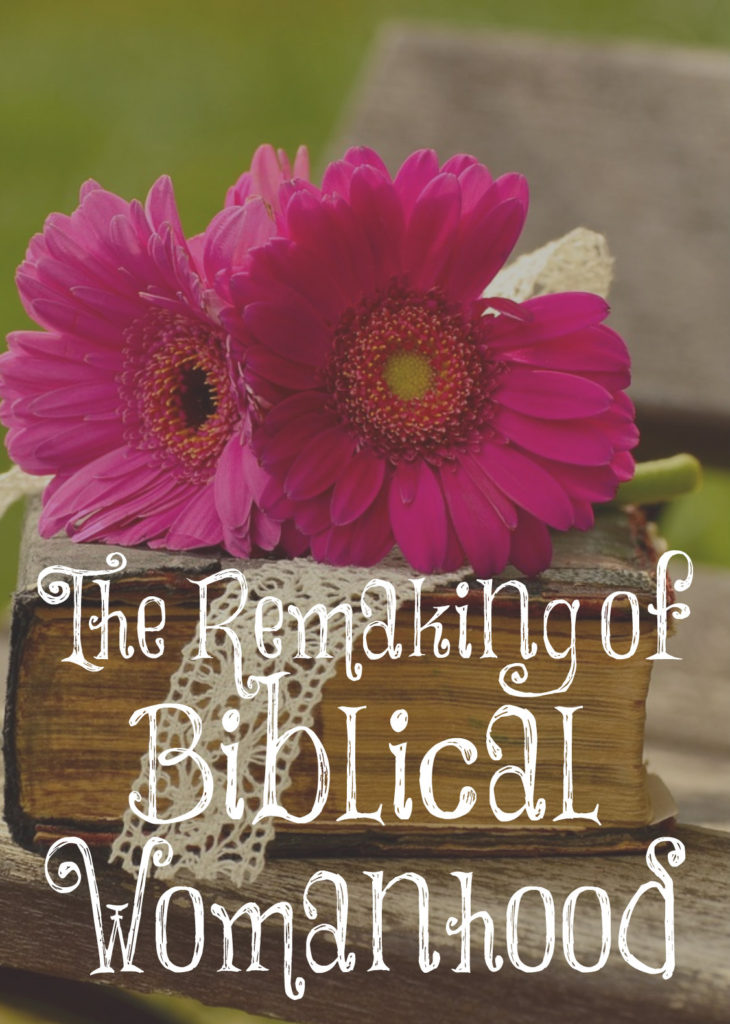 Beth Allison Barr has degrees from higher institutions of education and a high-powered career. When she had small children, she was asked if she was going to homeschool them. Well, this greatly offended her as if all she was created to do was be a wife and mother. Therefore, she wrote an entire book explaining away God’s will for women in order to fit her lifestyle. Instead of molding her life into the Bible, she molded the Bible into her lifestyle.

Kevin DeYoung wrote a review of her book which is titled “The Making of Biblical Womanhood.” Beth is clearly against everything I write. She hates the term “patriarchy” because of some experiences she had with men in her life, therefore, she uses her experiences to pervert the true meaning of biblical womanhood into something ugly and destructive.

Kevin wrote, “Anyone familiar with egalitarian arguments will not be surprised by the main exegetical claims: Paul’s commands are culturally bound; husbands and wives both submit to each other; Phoebe was a deaconess; Junia was a female apostle; Mary Magdalene preached the gospel; Galatians 3:28 obliterates gender-based hierarchy.”

I have heard all of these arguments against what I teach ad nauseum. Instead of taking God’s commands to them as given, women like her want to find any examples in the Bible to discount God’s clear commands.

Paul’s commands weren’t culturally bound. The admonitions for women to be silent in the churches go back to Creation. God made man first, and the woman was deceived. God placed the man in authority over his wife from the beginning of creation. The woman was created to be his help meet.

There isn’t one verse in the entire Bible that God commands husband to submit to their wives but at least 17 that I could count where God specifically explains the relationship of the wife to her husband. He is head over his wife, and she is to live in submission to him. Every institution has an authority structure. Why would marriage be any different?

Phoebe wasn’t a deaconess. Deacons are clearly to be the “husband of one wife” (1 Timothy 3:12). The KJV reads: “I commend unto you Phoebe our sister, which is a servant of the church at Cenchrea…For she hath been a succourer of many, and of myself also” (Romans 16:1,2). She was a servant in the church and helped many! This is how we are all called to live.

Mary Magdalene never preached. She told the disciples what she had seen. That’s entirely different to what John the Baptist, Jesus, and His disciples did which was to preach. Most people today don’t seem to know what preaching is.

Beth wrote, “Then the Reformation tragically cemented the idea that women should be wives and mothers (p. 123). Later the Victorian age introduced unbiblical notions of modesty and purity (p. 156).”

So being wives and mothers is a tragic thing according to Beth. She’s simply a full-blown radical feminist that doesn’t like God’s will for women, so she finds every way in the Bible that she can to twist Scripture and make it what she wants it to say.

The notions of modesty and purity are unbiblical? Wow! She hates God’s Word and His ways. What does she do with this verse? “In like manner also, that women adorn themselves in modest apparel, with shamefacedness and sobriety…” (1 Timothy 2:9). Concerning purity: “Flee fornication. Every sin that a man doeth is without the body; but he that committed fornication sinneth against his own body” (1 Corinthians 6:18).

Beth Allison Barr wrote an entire book letting us know that she doesn’t agree with God’s Word. She made up her own bible with her own god. There’s a good reason that God warns about false teachers in almost every book of the New Testament. Mark and avoid them, women!