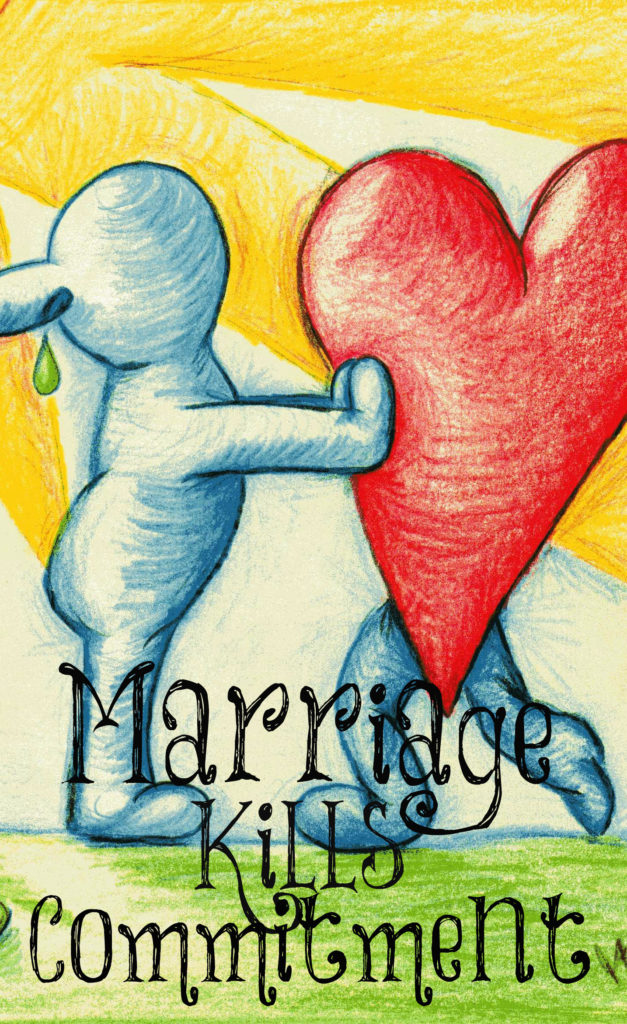 My friend, Carol, has been married over 45 years. When asked what her secret is to keeping such a strong and happy marriage she replies, “God is first, then their spouse, their children, then ministry for her and work for him, then self in this order.” In contrast, many couples today prioritize their marriages as self is first, then work, children, spouse, and then maybe God at Christmas and Easter.

According to Goldie Hawn, who has been living with her partner Kurt Russell for 33 years, marriage kills commitment. “Marriage is an interesting sociological thing. If you need to be bound to someone, then it’s important to be married,” Hawn said while sitting front and center on the show’s panel. “If you have independence, if you have enough money and enough sense of independence and you like your independence, there is something psychological about not being married because it gives you the freedom to make decisions.” She also said if she had wed her partner of 33 years, Kurt Russell, she would been “long divorced” by now.

Did you marry your husband to be “bound” to him? If you are a believer in Jesus Christ you sure did. What Hollywood fails to realize is that marriage was created and defined by God and this will never change. A man and a woman will become one flesh until death do they part. This is God’s definition no matter how much our culture tries to redefine it. When you become one flesh with your husband, you are bound for life through good times and bad times, sickness and health, poverty and plenty. God is first in your marriage and then your spouse.

“Marriage does take away your independence.” Ms. Hawn is right about this. When you get married, you are your husband’s help meet and live in submission to his leadership. “Blech,” says the world, “that sounds miserable!” (Yes, they use much worse expletives towards this teaching.) Interestingly, she does understand marriage as being bound and losing independence but wants some of the benefits (sex, security, and children) without all of the commitment.

I can’t tell you how their “relationship” is working behind closed doors but they’ve been together a long time. Now, others will think this must be the solution since there are so many divorces all around them. It’s not the answer. Living together as an unmarried couple verses marrying knowing there is always the option to divorce isn’t any different. But if you are a child of the Most High, we are called to be different.

Yes, we are bound to our husband. We have taken his name, bear his children if blessed with them, and are growing older together through good times and hard times. We have willingly given up our independence and the freedom to make many of our decisions with our husband’s input. This is the way God designed marriage and it is good. It’s a sacrifice and denying ourselves but this is how a believer in Jesus Christ should live their entire lives; marriage is no different. Self is last with a believer, just as Carol’s marriage has prioritized and as Christ modeled to us while on earth.

If you want a strong and godly marriage, put your priorities in the same order that Carol and her husband put them. Hollywood’s priorities are upside down and destructive to the majority of marriages. Does marriage kill commitment? No, marriage is commitment.

Then said Jesus unto his disciples, If any man will come after me,
let him deny himself, and take up his cross, and follow me.
Matthew 16:24