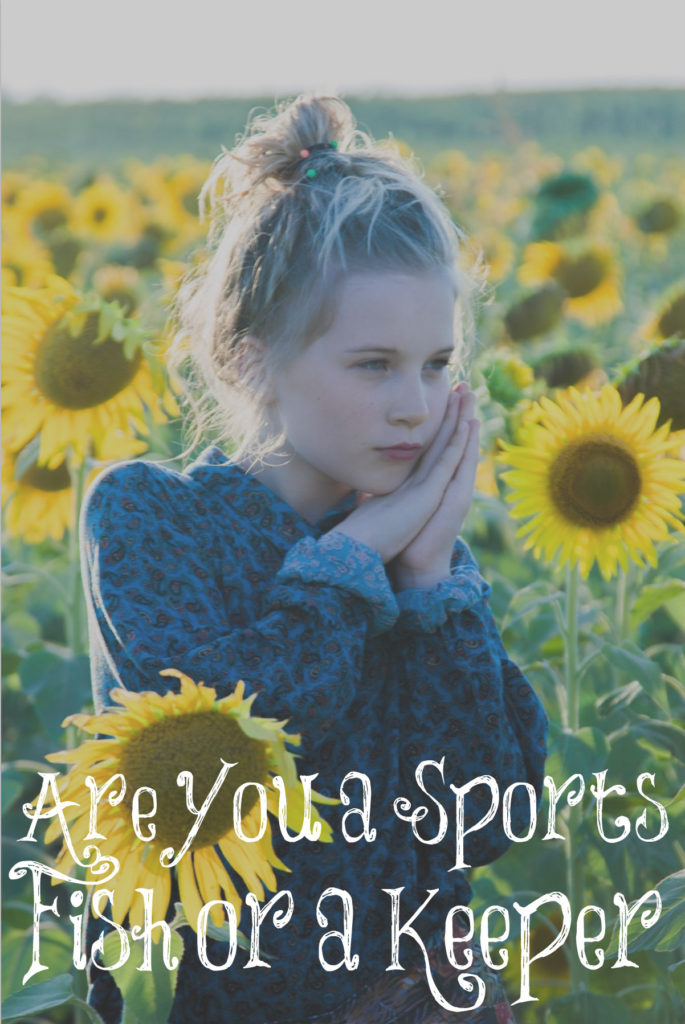 Suzanne Venker wrote the following on her Facebook page recently: “In Steve Harvey’s book, Act Like a Lady, Think Like a Man, he writes that men fish for women but can only catch what they’re able to reel in. ‘Men will treat women like one of two things: a sports fish or a keeper. A sports fish doesn’t have any rules, requirements, respect for herself, or guidelines; and we men can pick up her scent a mile away. She’s the party girl.’ He added, ‘As soon as she lets a man know he can treat her just any old kind of way, he will do just that.’

“A keeper, on the other hand, ‘never gives in easily,’ he continued. Her high standards and expectations are evident from the get-go. A keeper ‘understands her power and wields it like a samurai sword. She commands—not demands—respect, just by the way she carries herself.’ And here’s my favorite part because it’s so true: ‘Men automatically know from the moment she opens her mouth that if they want her, they’ll have to get in line with her standards and requirements.’

“This psychological seesaw, which has been played out between men and women for centuries, has been eradicated by a society that tells women to ‘have sex like a man.’ Women have no idea how to use their femininity to their advantage, so they end up getting ghosted again and again—never getting the love they want.”

I was a keeper. My mom taught me to be. I had a few boyfriends in high school that would have loved having sex with me, but I didn’t want it at all. They wanted to marry me. They respected me. Yes, the girls who “slept around” were maybe more popular than me, but I didn’t want to be popular for having sex with guys. Thankfully, I was wise enough as a teenager to know this.

Teach your daughters to be a keeper. Help them figure out the rules, requirements, and guidelines they want for themselves in relationship to guys they may want to date/court and marry. I just wrote about this last week. The respect they have for themselves comes from knowing who they are in Christ. Make sure they know this! Read this post to them. They need to understand how guys operate. Guys end up not respecting the loose girls. How can they when they know other guys are having sex with them too? They are using these girls for their own pleasure.

3 thoughts on “Are You a Sports Fish or a Keeper?”