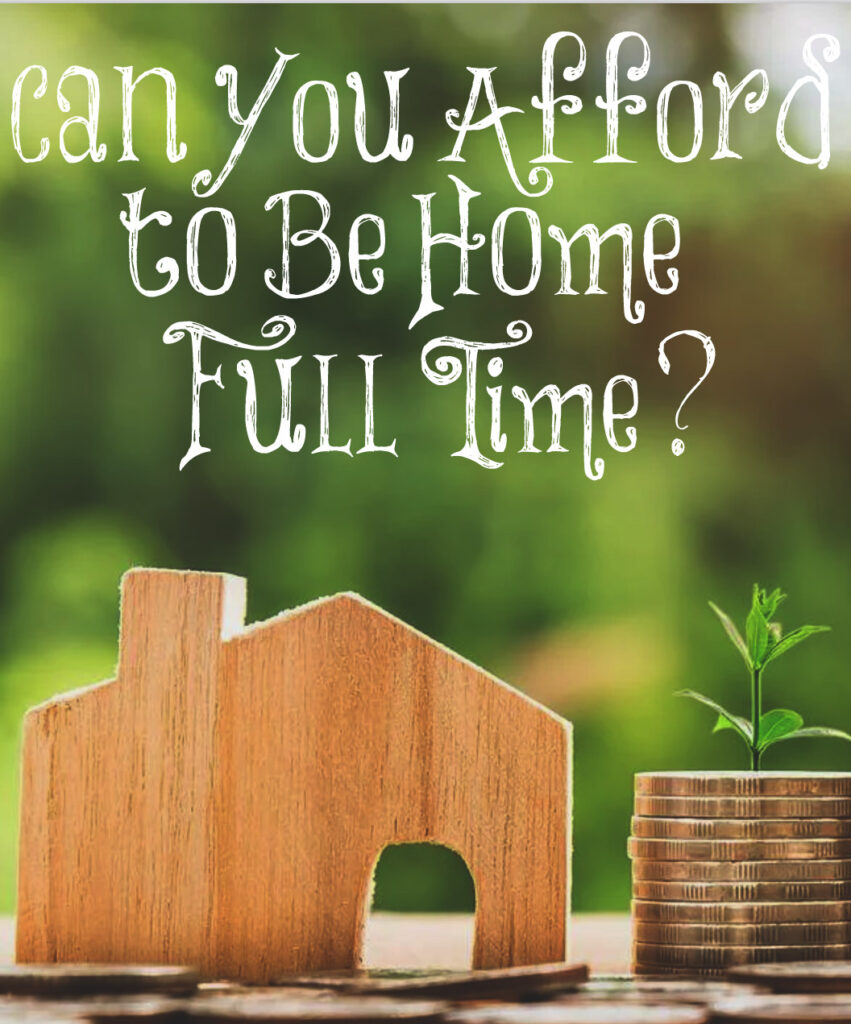 When the topic of women staying home is brought up, the most common argument against it is that women today have to work in order to pay the bills. That’s often true or at least they believe it is. Yet many of those bills exist because they are working outside the home.

For example, if the wife stays home, they don’t need daycare, a second car, her work clothes, gas money for her commute, eating out so often (because she’s not home to cook), most convenience foods, and other similar expenses. Those bills exist because of her job. So a second income brings in more money but also costs more money.

In addition, a lot of people spend more money because they have more money but if they had to spend less, they would. We tend to spend what we have. When you’re used to certain expenses and a way of living, it can look like you can’t afford to have a wife stay home. But that’s looking only at income and not how having two careers costs money too.

Sure, most people can’t afford to keep all their existing expenses and eliminate the wife’s income but that’s not the relevant comparison. Most families could have the wife stay home if they made it a priority to make it work.

The families with a stay-at-home mom aren’t some wealthy elite who just don’t need another income. They’re people who have learned to live on less money because having the mother at home with her children is important to them.