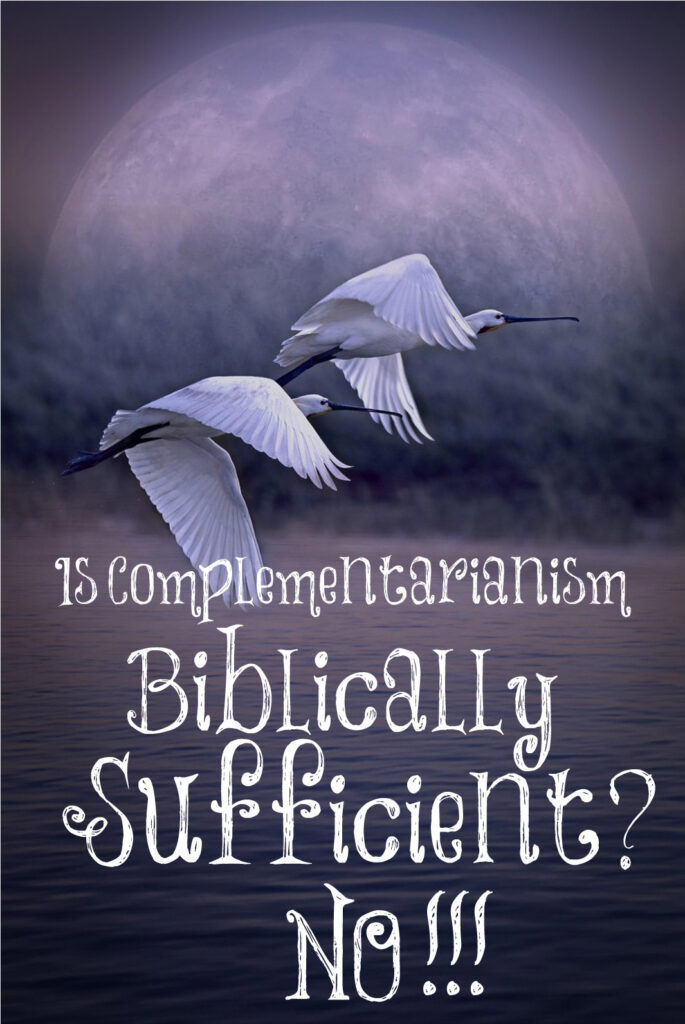 Is Complementarianism biblically sufficient? NO!!!

God is a Father, and we have no other choice but to live in the Father’s world. Therefore, we are all subject to the Father’s rules, whether we agree with them or not. God the Father has determined to work through fathers. He has appointed fathers in the home (husbands/fathers), fathers in the church (elders/pastors), and fathers in the state (civil magistrates).

***Remember that the phrase “complementarianism” was created by a woman along with John Piper because they didn’t like the term patriarchy.