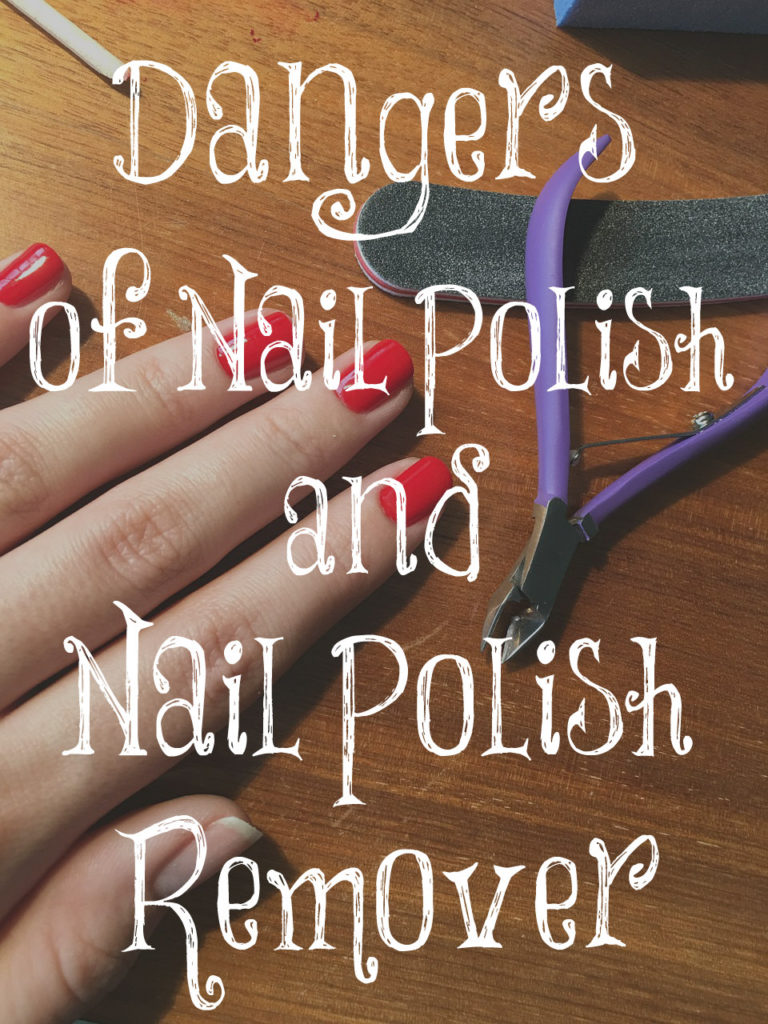 My mom was raised during and right after the Great Depression. Foods weren’t sprayed with toxic chemicals back then and the meat and dairy were from animals that ate what God created them to eat and lived how God created them to live (not crammed into small places). She grew up with four sisters and two brothers and my mom was the one who was most health conscious. She mostly ate organic food and was basically healthy all of her life until she was 80 years old.

A few years ago, she was diagnosed with multiple myeloma. It is a cancer that forms in a type of white blood cell called a plasma cell. Plasma cells help you fight infections by making antibodies that recognize and attack germs. Multiple myeloma causes cancer cells to accumulate in the bone marrow, where they crowd out healthy blood cells.

We’ve been trying to figure out how she got cancer since she lived to prevent it. Yes, we know there are no guarantees in life but after reading and studying about the dangers of nail polish and nail polish remover, we think we figured it out. She had her fingers and toenails done for probably 30 years on a consistent basis. From everything I have read about it, it is something we should all avoid due to how toxic and dangerous it is. Having pretty nails isn’t worth getting cancer and cancer is usually in one’s body many years before it is diagnosed.

“One of the most insidious routes of solvent exposure and toxicity is through fingernail polish and fingernail polish remover. Young girls are especially susceptible to the toxic and xenohormonal effects of solvents, and yet they are the ones most likely to have a dozen different shades of fingernail polish in their bedroom…In addition, solvents can damage a developing fetus in very small amounts and should be studiously avoided in any amount by pregnant women. It should be required by law (and is in some states) that labels on nail polish contain warnings to pregnant women, and that beauty salons have warning sings in areas where nail polish is applied and removed,” wrote Dr. John R. Lee.

“Then they tested participants’ urine for levels of diphenyl phosphate, or DPHP, a chemical created when the body metabolizes TPP. They compared the results to urine samples participants had submitted before the experiment and found that while DPHP levels didn’t change very much in the participants who used gloves and fake nails, levels of DPHP increased sharply in the women who had received nail polish directly on their nails.” (source)

“‘Big job’ employees are veterans, experts at sculpting false nails out of acrylic dust. It is the most lucrative salon job, yet many young manicurists avoid it because of the specter of serious health issues, including miscarriage and cancer, associated with inhaling fumes and clouds of plastic particles.” (source)

“Nail polish is likely the most toxic cosmetic there is. Polish includes poisonous substances such as formaldehyde, phthalates, acetone, toluene, and benzophenones. Phthalates, solvents for colors, are toxic to the nervous system; acetone and toluene, which keep the color in liquid form, evaporate quickly and fill the air with noxious fumes, putting your respiratory system at risk. The other substance we fingered, benzophenones, may cause cancer.” (source)

Here are some better choices of nail polish but even with them, the author of this article wrote, “I’ve shared our top picks below but it is important to note that even these safer options still have some chemicals in them and I wouldn’t use them all the time.” I have decided to never use nail polish again.

We all know how toxic it is just by how it smells. Whenever I did my nails, Ken would ask me to go to another room because of the toxic smell. It doesn’t take research to figure this out but too many of us care more about our nails being pretty rather than the long-term consequences of it. All those years my mom was getting her nails done, she never wore anything over her mouth and nose to protect her from the fumes. Even then, the toxic chemicals entered her blood stream through her nail bed. Do most men even care about or notice women’s painted fingernail and toenails??? It’s not worth the risk, women.

What? know ye not that your body is the temple of the Holy Ghost which isin you, which ye have of God, and ye are not your own? For ye are bought with a price: therefore glorify God in your body, and in your spirit, which are God’s.
1 Corinthians 6:20

***My mother doesn’t mind me using her as an example of what NOT to do. In fact, if it helps prevent others from making the same mistake, she is happy about it! She has had a good life and has many blessings. She gets teary-eyed just thinking about her family and all who love her. She is ready to go to heaven, though, and be with Jesus. In fact, she can’t wait!