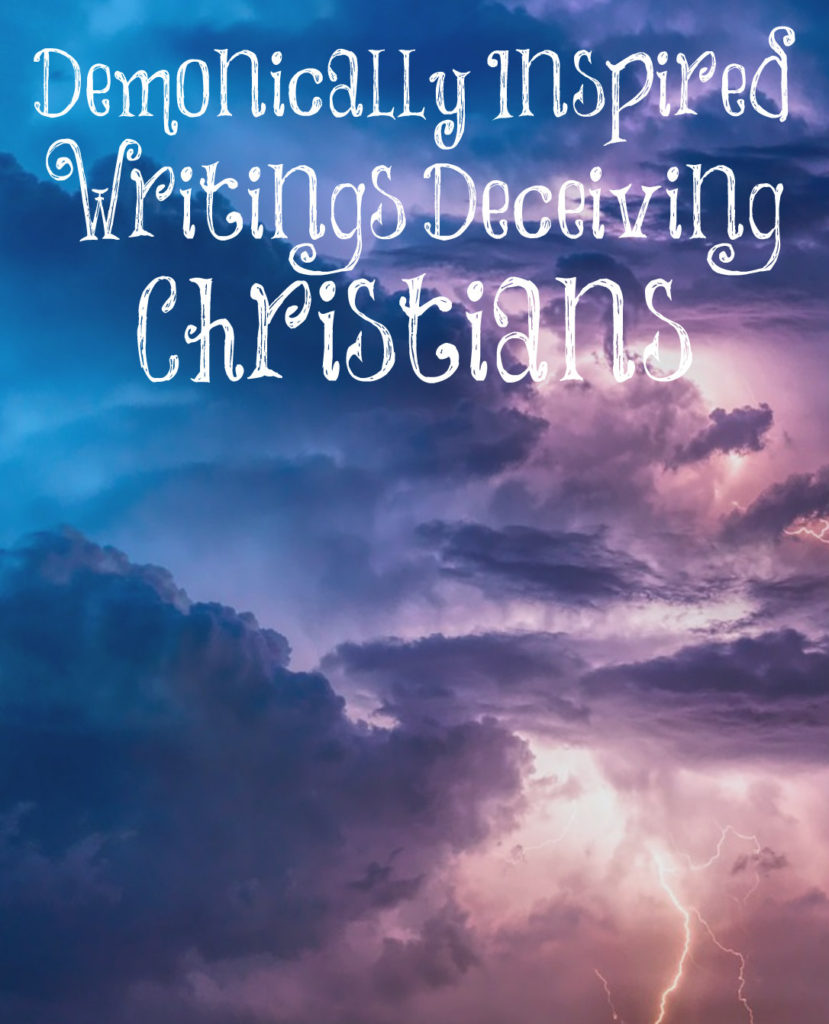 “Demonically inspired writings have been deceiving Christians for many years. God Calling, long regarded as a Christian classic and a perpetual best-seller in Christian bookstores, is another example. Tim Timmons has pointed out that although God Calling is full of good thoughts, much of what it teaches sounds as though it originated from the angel of light (“And not marvel; for Satan himself is transformed into an angel of light” 2 Corinthians 11:14) rather than the living Christ.

“The book came about as two apparently sincere women known as ‘the anonymous two listeners’ started to practice sitting down with pencil and paper, letting their minds go blank and then ‘writing down whatever flashes across the mind as God’s orders for the day…’” (Beyond Seduction: A Return to Biblical Christianity by Dave Hunt)

This is how the publishers of God Calling introduce this book on Amazon:

“Originally written in the 1930s in England by two anonymous women known only as The Two Listeners, God Calling is one of the best-selling devotionals ever written.

“Now, in time for its 80th anniversary, the language of God Calling has been thoroughly updated. The book’s timeless messages, however, remain the same. The God who created the universe who created you and loves you unconditionally wants to be in a relationship with you.

“Open this book to any page and you will hear God speaking directly to you. God longs for you to know Him personally, the way you know a dear friend. Don’t be satisfied by simply knowing about Him. He is calling to you today.

“Join the millions of readers who have drawn closer to God through this beloved classic now in today’s language!”

Sarah Young from Jesus Calling raved about this book and the two authors. She did the same thing in writing her book. The Bible wasn’t sufficient for her or these two women. They needed more.

NO, we don’t need more. Open God’s Word and hear God speaking directly to you. Draw closer to the Lord by immersing yourself into His Word. Throw away Jesus Calling if you have this book. Begin reading the book where Jesus literally is speaking to you through His Word! Then you won’t be easily deceived by all of these women who want to add or subtract to Scripture which is a dangerous thing to do (Revelation 22:18,19).