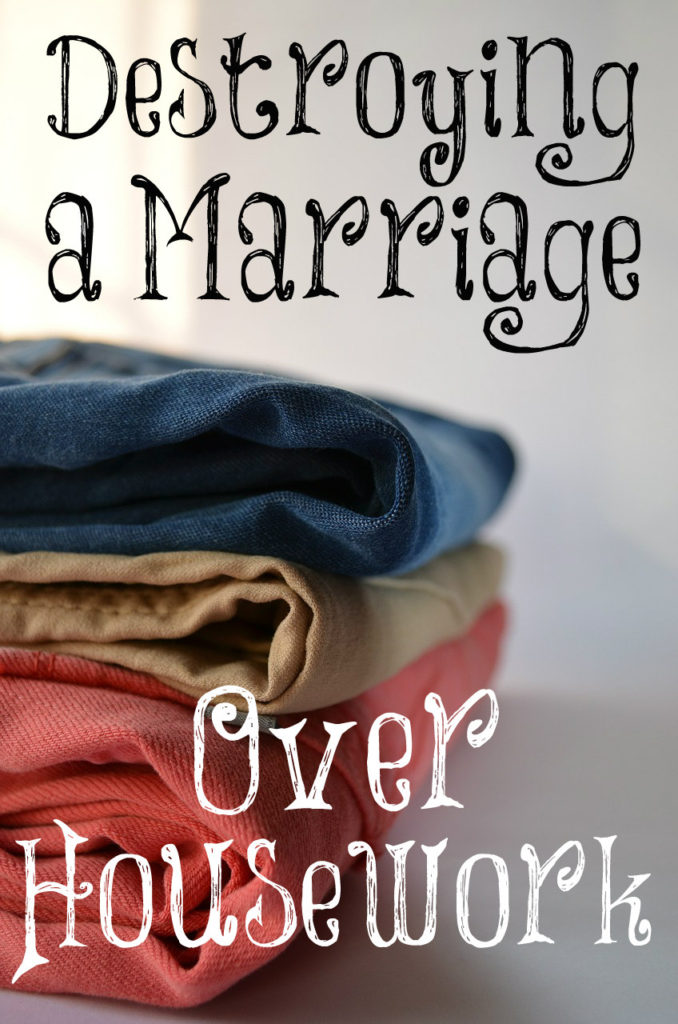 My post that has gone viral numerous times has been shocking to some of my friends and relatives considering some of the other more controversial things I have written. It’s on homemaking, for goodness sake! Women today have no clue that they were created to be their husband’s help meet and work hard serving them as keepers at home. No, the blurring of roles and the desire to be served instead of serve is as destructive upon marriage as anything else, in my opinion.

One woman shared an article with me that was written by a wife who made it clear that she was NOT going to pick or clean up after her husband. She admitted he was tired when he came home wearing scrubs so he probably was in the medical field and had a demanding job but this doesn’t matter to many women today. No, women are taught that men are supposed to help with the housework and if they don’t, they find another man. Since women have decided to take on men’s job of providing, they decided that men should take on their job of being keepers at home without men’s consent. This feminist mindset is terribly destructive since it causes discontentment and bitterness to settle in which defiles many, according to the Word of God.

The article I am referring to is called I Married a Man Whose Mother Did Everything For Him, And I Called It Out to Save Our Marriage. Yes, women, she believes that forcing your husband to clean up after himself is something you must do if you want to stay married. This is so far removed from what the Lord has called us to do if we are a believer in Jesus Christ; for the greatest of all is the servant of all.

If our Lord and Savior can get down on His knees and wash all twelve of His disciples dirty feet (yes, even the one who He knew would betray Him) and then be crucified to pay the penalty for our sin so that we can have eternal life with Him, we can certainly clean and pick up after our husband. You know, the man that you were specifically created by God to be his help meet. Neither was the man created for the woman; but the woman for the man (1 Corinthians 11:9). There is no such thing as a wasted life for one who lives to serve others.

I used to be like this woman and I was unhappy. I allowed my husband’s behavior to control my mood. I was not servant-hearted but selfish and wanted my own way. It’s not a happy way to live. No, it’s a much better way to live serving others and making their lives as good as you can. It’s not thinking about ourselves more, but thinking about ourselves less. Let nothing be done through strife or vainglory; but in lowliness of mind let each esteem other better than themselves (Philippians 2:3).

God created us to be the keepers at home (working hard at home) and the men to be the providers. When we follow these roles from the Lord, there is peace. If you have a husband who works hard to provide for you, take care of him at home as unto the Lord. We were created to work hard and do it unto the Lord. Pick and clean up after him heartily as unto the Lord. Don’t make him do housework unless he wants to do it. This is your responsibility and if you are physically able, take it seriously. Teach your daughters to delight in doing housework, cooking, and serving others as unto the Lord. Their future husbands will appreciate you!

26 thoughts on “Destroying a Marriage Over Housework”