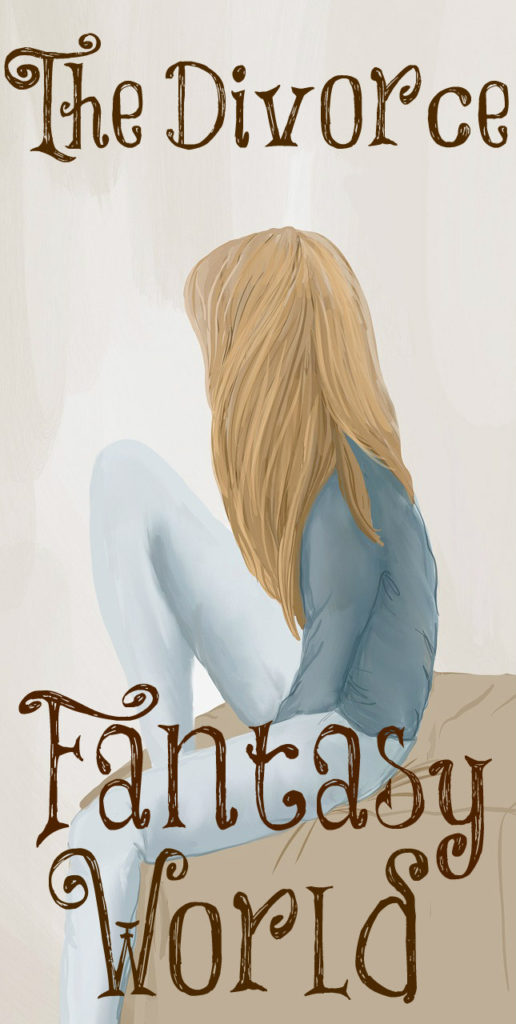 “The kids are socially invisible. If they have a problem, we take them to therapy. We put them on medication. But we never admit that maybe the adults should have worked as hard on their marriages as they seem to work on managing their divorce. And we certainly never tell the adults not to remarry,” wrote Jennifer Roback Morse in her article Divorce Enablers: The Liberal Fantasy World is Wrecking Children’s Lives.

“In the Divorce Fantasy World, the children are all better off if their parents split than if they stay together. The children are delighted that their parents are happy. They have no ill-feelings about being asked to move every other week, a fate that few adults would willingly endure. Children are ok with calling their mom’s new husband, ‘dad’, or seeing their dad in bed with another woman. Children have no feelings at all about their family photos being taken down. They never feel jealous of the children of the new union, children who absorb the attention of their parent and new spouse. No, my goodness, no: the children from the original union never feel like leftovers from a previous relationship.

“To keep the Fantasy alive, anyone who does not follow the Socially-Approved Divorce Script, must be silenced. This is bad enough for abandoned spouses. But for children of divorce, it is literally a nightmare.

“The kids are socially invisible. If they have a problem, we take them to therapy. We put them on medication. But we never admit that maybe the adults should have worked as hard on their marriages as they seem to work on managing their divorce. And we certainly never tell the adults not to remarry.

“The cultural elites love the Sexual Revolution and actively promote the Divorce Ideology. They provide a platform for happily-divorced people, jolly blended families and all the rest. They never mention the abandoned spouses or the shattered children. They need all this propaganda because that’s what it takes to convince people that biological bonds don’t matter either to children or adults.”

Why do you think I fight so hard to keep marriages together and even encourage Christian women to fight for their marriages? Nothing good comes from divorce. Nothing. Children live with scars the rest of their lives. I have seen couples divorce even after their children are raised and there is bitterness and scars the children and even grandchildren carry. Then I have seen my parents stick it out even though they weren’t happy together for most of their married lives but now they are deeply in love with each other and none of us nor my children or grandchildren have scars. Family gatherings are whole, complete, and full of laughter and fun.

I will never encourage a Christian woman to divorce her husband because of the long-term pain it causes to so many. I have witnessed myself, heard first hand, or read about too many women who have won back their husbands in extremely difficult situations to not believe that with God all things are possible and why should a believing spouse be the one to divorce?

There is too much in Scripture that points to Christians staying faithful until the end. Now, if an unbelieving spouse divorces the believing spouse and marries another, then there is no hope of reconciliation but until that time, there’s hope.

A woman in the chat room wrote about her parent’s divorce: “My parents got a divorce when I was six. It was an amicable one. They cooperated. They got along. They never put us in the middle. They were mature. They were friendly. They did the divorce thing ‘right’ according to the standards of the day (my father later said that was totally my mother’s doing because she was so forgiving!). And guess what? It still left gaping scars in their children’s lives and hearts. I was in my twenties before I had truly recovered from the sense of abandonment and brokenness. It did shape the way I view marriage and family life, though: I’m all in.”

This is why women need to fight for their marriages by following God’s clear instructions to them in 1 Peter 3:1-6 if they have a husband who is disobedient to the Word. They need to continue living in subjection to him – what? Live in subjection to a disobedient husband? Yes, this is God’s method of using you to win back your husband! (No, you don’t submit to any type of abuse or evil which is clearly against God’s Word.)

Then be quiet. Live a quiet, humble life in front of him. Don’t preach, scold, quarrel, or be angry with him for “love bears all things, endures all things, and hopes all things.” Don’t speak evil about him but give all of your hurts and concerns to the Lord; for He has the power to convict and change your husband. “For the eyes of the Lord are over the righteous, and his ears are open unto their prayers” (1 Peter 3:12).

Find support from godly women. There are groups on Facebook of women who are standing for their marriages and finding support from each other. You don’t need to do this alone. (These are a few groups but I can’t vouch for how theologically correct they are: Standers United, The BTG Standing for Marriage, Rejoice Marriage Ministries, and Mend Our marriage.)

Finally, live a godly life. Be in His Word daily and hide it deeply in your heart so you won’t sin against Him. Meditate upon it. Memorize it. Listen to godly preachers and learn from them. Become like Christ to your husband and you are able since Christ lives inside of you and works mightily through you.

But sanctify the Lord God in your hearts: and be ready always to give an answer to every man that asketh you a reason of the hope that is in you with meekness and fear.
1 Peter 3:15

23 thoughts on “The Divorce Fantasy World”