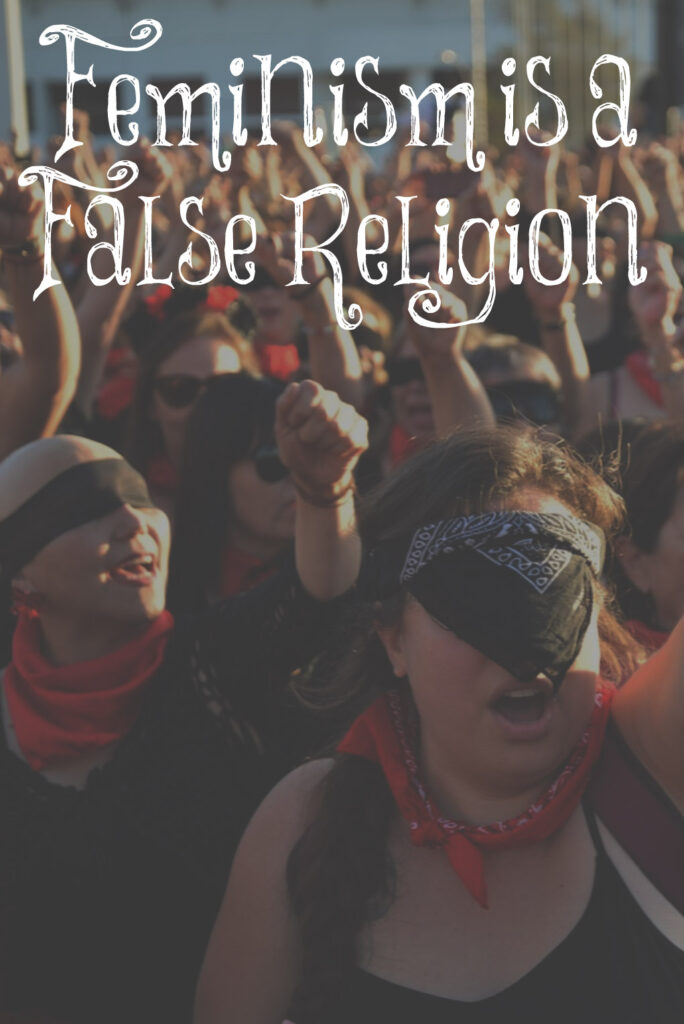 Did you all hear that several people got up and walked out during John MacArthur’s preaching this last Sunday? What was he preaching? On the woman’s role in submitting to her husband and how the husband provides and is the savior and protector of the wife.

This is hands-down one of, if not the most, offensive topics today even to many Christians. So many have been conditioned by the culture and had their thinking changed by them. Hence, this is why we fight this battle against feminism so often and so intensely.

It isn’t just a petty fight over some nitty-gritty frog hairs. Feminism is a false religion holding many captive, tricking many, and even deceiving many Christians (even if at a small level). It’s a great evil.

Like Luther said, if we want to be faithful soldiers we want to battle faithfully even where the battle rages hottest. And you know why many (not all, just many) aren’t fighting this battle? Because it’s raging too hot. It’s too controversial. The uproar is too much.

But we fight every battle for Scripture, and we can’t let up because the reaction is so awful. The Apostles didn’t. Jesus didn’t. The prophets didn’t. The patriarchs, church fathers, reformers, puritans, and preachers and believers and martyrs of history didn’t.

We’re in a long line of Christians, and if we fail to defend the faith where it’s being destroyed and attacked in our generation, then our generation will end up a weak, careless one in history, and the subsequent generations, godless and dark generations.

This fight is, therefore, for souls. For God’s glory. So, of course, we hate feminism. We don’t want women held captive by it. We don’t want our dear sisters in Christ being tricked by it. Some haven’t even seen how vile feminism is.

The strongest adherents to it are aggressive, dirty, and wicked beyond comprehension. But that’s why we tell the feminists the gospel. They too can be forgiven, cleansed, justified, sanctified and made new. They can join us, repent and believe Jesus and be saved

That’s what we want for them. We want their salvation. Even the most vile of them are no worse than us, and we know that. But Satan is the prince of the power of the air. So the one controlling the culture and this feminist movement is him.

And he knows what he’s doing too. He’s been manipulating for a while now. So why would Satan choose feminism as such a huge movement to capture unbelievers and destroy the church? Because it ruins marriages, destroys kids, murders babies, defies husbands and accuses pastors.

And it accuses other believers (really accuses anyone), leaves churches, ruins lives, mutilates the gospel and replaces it with legalism, replaces God with an idol, replaces Christianity with Phariseeism, and ruins all that is wise, true, beautiful and good. It’s all-encompassing.

It’s a nasty and terrible tool. So we won’t stop fighting feminism until it’s gone. We won’t stop proclaiming the truth about the patriarchy in Scripture until it reigns supreme. And trust me, the end of the Bible shows us that Christ will destroy even this movement.

In Christ’s reign, He will promote only righteousness and destroy evil so that includes destroying feminism (an enemy of Him) and promoting the patriarchy in godly marriages. So, if you’re a feminist reading, know that you’re being tricked by the world.

It doesn’t have the best interest of you or your loved ones in mind. It’s going to destroy you and your loved ones. In time you’ll regret ever adhering to feminism. But Christ offers a much better way.