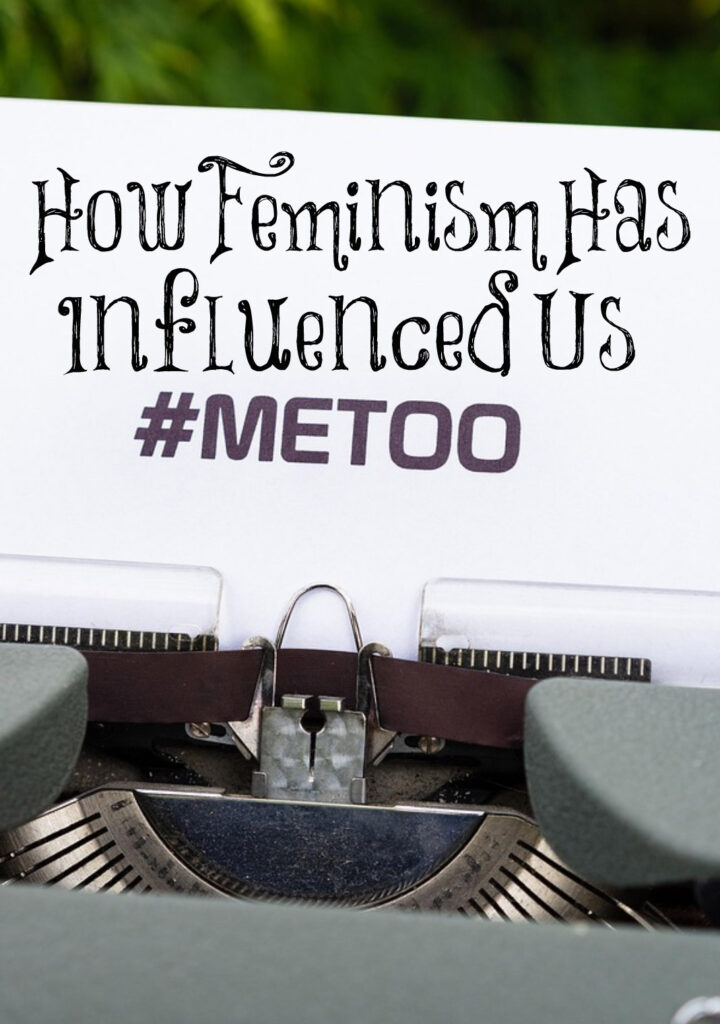 Last week, I asked the women on Instagram how feminism had influenced them. I shared how it influenced me: “I automatically expected my husband to help with housework and was mad when he didn’t. I expected him to meet my emotional needs. I wasn’t submissive towards him at all for many years. I thought we were all supposed to go to college and have careers since making money was more important than making and raising babies (even though I didn’t want to go to college nor have a career).”

When I was reading over these responses, I was thankful that they all had eyes to see the lies that they believed.

“It made me think that I should be doing more than taking care of my children, husband, and home.”

“I didn’t submit which killed my family unit, made life sour for my children, and more.”

“That my career was to come before having children.”

“Expecting him to romance me the way movie men do.”

“Expecting equal load in the home.”

“Feeling of shame for not contributing financially.”

“I had the false mindset that I was infallible and only my husband made mistakes.”

“Delayed marriage leading to living in sin beforehand and delayed having kids. I believe my biggest regret on my deathbed will be not getting married and having kids sooner. I’ll never get that time back, and I’ll always wish for more time with my family.”

“I wanted to prove to men that they didn’t need to open up doors for me or carry heavy things for me.”

“My value was in college, money, independence, and my place in church.”

“Thinking until my mid-20s that children were an ‘option’ and thought I didn’t want them for a long time.”

“I was on the pill for the first 17 years of our marriage. I went to university and was a teacher. We waited way too long to have babies. I was never taught to cook, clean, or sew. I put my first baby into child care at six months of age. Huge regret!”

“Yes, equal in housework, bringing in money, working, kids are a burden, and marriage is optional.”

“Made me embarrassed for ‘just’ being a SAHM.”

“Similarly, I was so proud to go to college, teach other people’s children, and institutionalize mine.

“Only in negative ways. Made me prideful. Arrogant. Toxic. But Jesus healed me.”

“Took out tons of debt for a career and put off having kids. God is redeeming my story now though.”

“Made me work outside the home.”

“I was immersed in feminism via public school growing up. I struggle daily with my expectations of my husband and myself. Doing my best now to undo but it’s hard.”

“Many things. The first I remember as a kid is feeling guilty for wanting to be a stay-at-home mom.”

“I was told I had to go to college, get a degree and have a career. I always wanted to stay home.”

“My self-defensive attitude may have cost me one of the best relationships I’ve ever had.”

“My mother made me believe having children would be a burden and ruin my life like it did hers.”

“It made me believe I had to depend on myself only. It was hard and very lonely.”

“I was disrespectful to my husband and had a hard time with submission. I even questioned God about it.”

“Basically your description. Since submitting to the Word, marriage is far better! God’s ways are best.”

“To be an independent women who doesn’t need anyone.”

“It’s engrained in my thinking but God is rich in mercy and is renewing my mind and heart.”

“Waited to get married for years so we could go to college.”

“Sadly, I chased my career and didn’t put the time into relationships and children.”

“Suffering from thousands of dollars in debt.”

“Husband has wanted me to work even though his salary is enough.”

“Disrespecting my husband and making fun of him in public. I used to think it was a way to be playful.”

“It made me hate men and be an egotistical Jezebel.”

“I used to not want kids and thought submission was terrible. I was SO wrong. It now influences me to want many babies and a godly marriage.”

“I thought being a wife and mother were slavery. Now, that’s all I want to be!”

“I went to college and it ruined my relationship with my boyfriend and parents! I highly regret it.”

“I went against my innate desire to have babies and waited way too long to meet a good man and start a family.”

“I went to college and have tremendous debt.”

“I felt the pressure to find my purpose outside of the home and marriage which gave me so much unneeded stress.”

“It made motherhood unattractive, and I still fight this in my flesh. I hate this fight.”

“Always thought that being a SAHM meant you were lazy, dumb, weak, and dependent.”

“Fully bought into it and even majored in Women’s Studies in college. Then, I woke to Truth!”

“Made me think abortion was okay until Christ found me, and I became a believer!”

“Thinking my opinions outweigh his. Learning to be submissive was the hardest.”

“I didn’t have kids until my mid 30s because of my career. Regret it. Wish I could have had more.”

“Made me lack joy first eight years of motherhood because I thought I should be doing something more.”

“Feeling my feelings trumped everyone else’s.”

“I thought that I should NEVER do something my husband wants me to do if I didn’t want to. LIES!”

“My family pushed college and career more than faith and motherhood.”

“It made me unsure of how to be a wife or even womanly. It made me argumentative and even fat.”

“Taught to prioritize achievement and to excel in the workplace but not as a homemaker.”

“I had two seven week abortions, and it was constantly putting me in the defense against my partner.”

“I was an entitled victim in my marriage early on: passive aggressive and very controlling.”

“That living together before marriage was necessary.”

“Raised by mom to think that women who don’t work outside of the home are worthless!”

“He should be my perfect prince, and I can be demanding and lazy.”

Stop listening to the lies of the enemy and our culture. Read and study God’s Word instead. His ways are perfect!