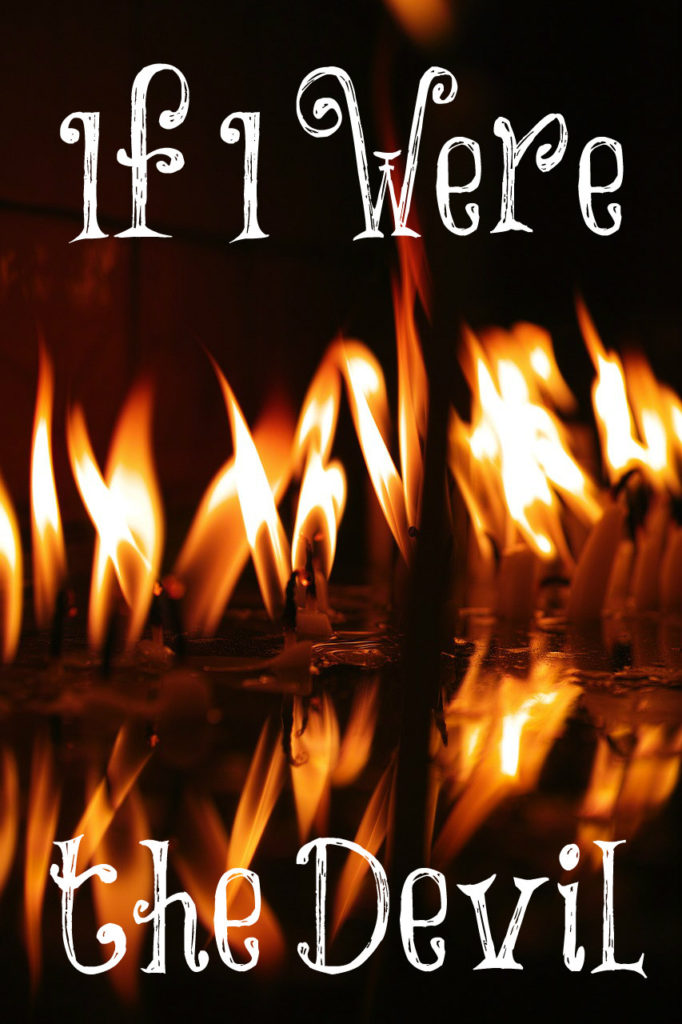 Written by Paul Harvey in 1965

“If I were the devil … If I were the Prince of Darkness, I’d want to engulf the whole world in darkness. And I’d have a third of it’s real estate, and four-fifths of its population, but I wouldn’t be happy until I had seized the ripest apple on the tree — Thee. So I’d set about however necessary to take over the United States. I’d subvert the churches first — I’d begin with a campaign of whispers. With the wisdom of a serpent, I would whisper to you as I whispered to Eve: ‘Do as you please.’

“To the young, I would whisper that ‘The Bible is a myth.’ I would convince them that man created God instead of the other way around. I would confide that what’s bad is good, and what’s good is ‘square.’ And the old, I would teach to pray, after me, ‘Our Father, which art in Washington…’

“And then I’d get organized. I’d educate authors in how to make lurid literature exciting, so that anything else would appear dull and uninteresting. I’d threaten TV with dirtier movies and vice versa. I’d infiltrate unions and urge more loafing, less work. Idle hands usually work for me. I’d pedal narcotics to whom I could. I’d sell alcohol to ladies and gentlemen of distinction. I’d tranquilize the rest with pills.

“If I were the devil I would encourage schools to refine young intellects, but neglect to discipline emotions — just let those run wild, until before you knew it, you’d have to have drug sniffing dogs and metal detectors at every schoolhouse door. I’d designate an atheist to front for me before the highest courts and I’d get preachers to say, ‘She’s right.’

“Within a decade I’d have prisons overflowing, I’d have judges promoting pornography — soon I could evict God from the courthouse, then from the schoolhouse, and then from the houses of Congress. And in His own churches I would substitute psychology for religion, and deify science. I would lure priests and pastors into misusing boys and girls, and church money.

“If I were the devil I’d make the symbols of Easter an egg and the symbol of Christmas a bottle.

“If I were the devil I’d take from those who have, and give to those who wanted until I had killed the incentive of the ambitious. And then, my police state would force everybody back to work. Then, I could separate families, putting children in uniform, women in coal mines, and objectors in slave camps. And what do you bet? I could get whole states to promote gambling as the way to get rich?

“I would caution against extremes and hard work, in Patriotism, in moral conduct.

“I would convince the young that marriage is old-fashioned, that swinging is more fun, that what you see on the TV is the way to be. And thus I could undress you in public, and I could lure you into bed with diseases for which there is no cure.

“In other words, if I were the devil I’d just keep right on doing on what he’s doing.

Woe unto them that call evil good, and good evil; that put darkness for light, and light for darkness; that put bitter for sweet, and sweet for bitter!
Isaiah 5:20

3 thoughts on “If I Were the Devil”