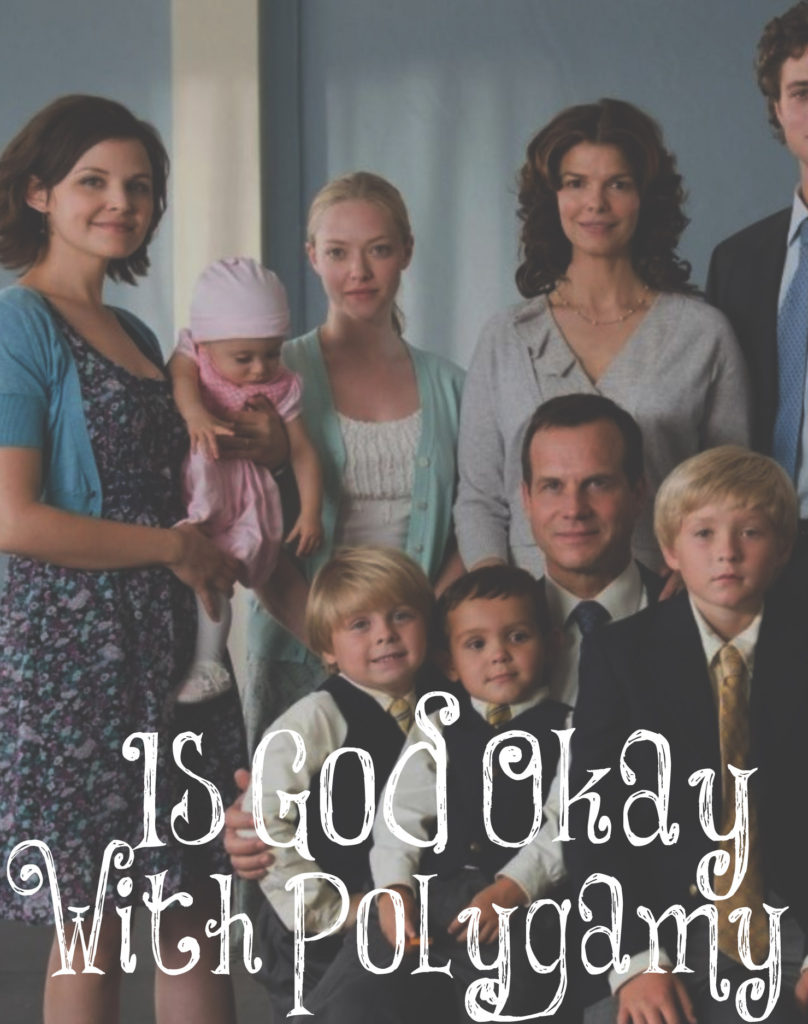 We can see it coming in our culture. Soon enough, polygamy will be accepted and celebrated. We must have good biblical arguments to defeat the wide acceptance of this practice. Yes, God did seem to allow it in the Old Testament, but is it God’s ideal? God allowed slavery, yet He never commanded, nor mandated it, and few would argue that slavery was in God’s perfect will.

Biblical scholars point to the fact that God made ONE wife for Adam, not two or more. A man shall cleave to his WIFE, not wives. Leaders in the churches are to be the husband of ONE wife. This alone should show the mind of God’s best in the Church. The apostle Paul writes, “Nevertheless, to avoid fornication, let every man have his own wife [one wife], and let every woman have her own husband [one husband]” (1 Corinthians 7:2).

“‘Well, how did polygamy get started?’ It got started in the reprobate line of Cain the murderer. Look at Genesis 4:23. One of the sons of Cain, the Cainite family, dwelled in the land of Nod in the east of Eden. Cain produced some family, and one of them was Lamech. Lamech was unbelievable. [He followed Cain’s disobedient and murderous ways.] Lamech said unto his wives, ‘Adah and Zillah’…that’s from A to Z. That’s his two wives, Adah and Zillah. This is the first occasion of polygamy in the Bible, and it is sin. Notice that is in the line of Cain, the sinful line. Monogamous marriage was always God’s will.” (John MacArthur)

Michael Pearl, one of my other favorite theologians, made a video called “Does God Support Polygamy?” He answered, “No” too.

The examples of the men in the OT who had multiple wives often suffered grief because of it. God even commanded King Solomon: “Neither shall he multiply wives to himself, that his heart turn not away: neither shall he greatly multiply to himself silver and gold” (Deuteronomy 17:17). His wives ended up turning his heart away from the Lord.

Abraham was promised a seed so instead of waiting on God with his wife, Sarah, he had sex with his female servant who became his second wife. Jacob also has two wives. It brought them all kinds of trouble. There was a lot of jealousy between the wives. These men of old abandoned the Creation narrative, yet God was at work creating the line of redemption of the Messiah through all of the mess.

My husband wrote the following on this topic: “The fact that the Church has never accepted polygamy and condemned it, that an elder is to be the husband of one wife, that the two are to become one flesh, and that there is zero need for multiple wives, all should lead us to conclude that it is not for the Church age.

“Imagine the harm that will come when polygamy is once again in vogue. I believe it is the next pillar to fall in the destruction of the nuclear family. Once the floodgates are opened, the better looking men and the wealthy men will pull even more women out of the marriage marketplace leaving more men hopeless to find a good wife. Selfishness will rule and marriages and families destroyed by something God granted as an exception, but condemned the kings of Israel for doing.

“This article answers this pretty well. I see no biblical or church precedence for opening up polygamy, yet great dangers as it is coming to further divide the church, society, and the nuclear family. Imagine a successful, great looking and wonderful Christian man in his late forties who is already married, now takes on two more younger wives in their twenties and thirties and robs a couple of young men their lifetime help meets. The thought to me is awful.

Any view of God’s allowing polygamy must be seen as very limited for specific purposes that never applied to, was condoned, or was practiced by the New Testament, or the Church. God allowed polygamy in the OT due to sin, just as He allowed divorce and slavery. His perfect will is one man and one woman until death do they part.

Therefore shall a man leave his father and his mother, and shall cleave unto his wife: and they shall be one flesh.
Genesis 2:24

***Eric Conn from “Hard Man Podcast” interviewed me a few weeks ago. Here’s the link to it! “In this episode, I talk with Lori Alexander from The Transformed Wife. Lori has active Twitter and Facebook accounts and gets a serious amount of hate for promoting patriarchy, wives loving their husbands and serving in their homes, and pointing out the lie that is feminism.”