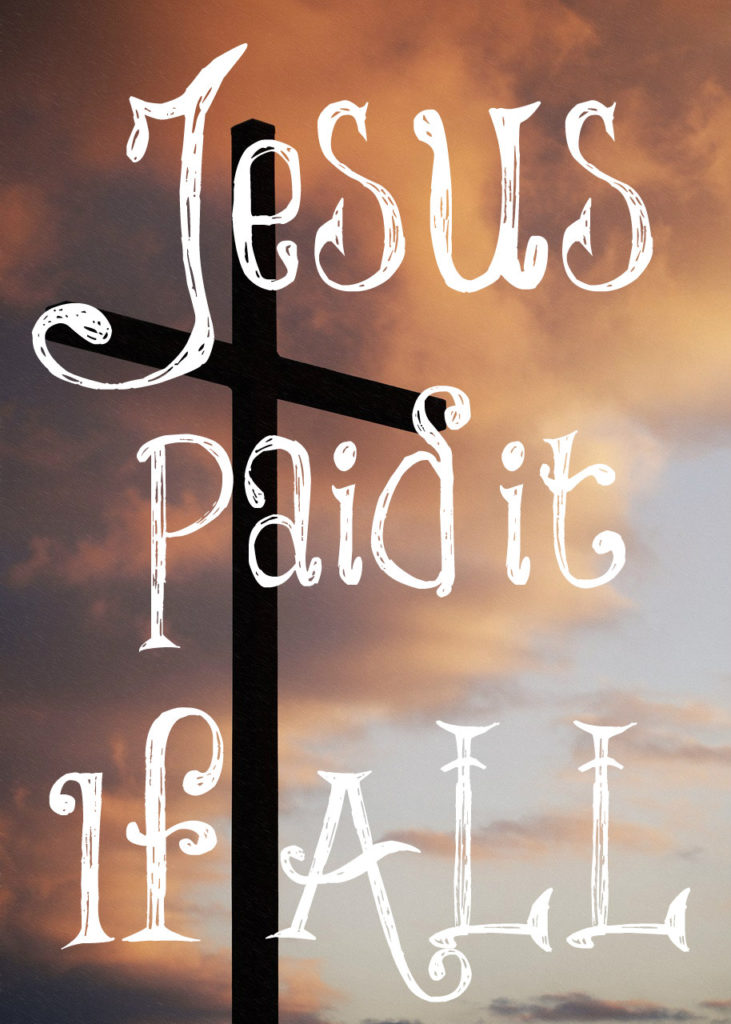 From No Greater Joy Ministries

Thank you for sending my order of Sanctification/Sin No More in good time. It was something I thought I should listen to, as I thought it was going to be another thing I would try in my 21 years of intensive, laboring search for that elusive spiritual life that never comes.

The words of the gospel that I was crucified, dead, buried, and now live in newness of life IN the Lord Jesus Christ hit home to my heart after hearing the whole message during hours of work and listening. I thought I would just go for a slow bike ride and think about all I had just learned, when the realization dawned that I am dead and therefore free. I shouted, “I am free, I am free, I am free!”

The dog looked at me a bit frightened that I had gone nuts. I returned to our yard and walked to the edge of the field and began again to proclaim these amazing words. It felt so good to shout it out with all of my body, soul, and spirit. I wished I could stand on my head or somersault when I realized I might look like a lunatic shouting to the wheat field, to the trees, and to the sky “I am free!” but I felt I had never been more in my right mind. It has been a long, long time since I have done anything that felt this good, glorying with exultation to God that I am free in Jesus Christ. I was completely exhausted when a quietness and wonderful peace came over me.

For the next few days, whenever my built-in magnet defaulted to negativity and condemnation, I would proclaim, “In the name of Jesus Christ I am dead to this. I am alive and I am free,” and let the character of Christ flow through me. After a week it felt like I had nothing to do! I had been full-time employed fighting all this negativity and condemnation, and now it is gone. Now I just have to speak out these words of truth and power very often. It always works and it works all the time. “The preaching of the cross is to them that perish foolishness; but unto us which are saved it is the power of God” (1 Corinthians 1:18).

I am grateful for my journey with God. The process was many times overwhelming and heartbreaking, but I have more understanding, and the Lord is more precious than ever before. He is great, mighty, and powerful, but meek and lowly too, and close to the broken in heart and the contrite ones. I feel like my journey has come to an end and a new one has begun. Sometimes I feel like “now what?” but it is always a reminder to praise and thank the Lord again for saving me from myself. The amazing thought is that it has always been there, always available, always fresh, and always new, but I just never knew.

Jesus Paid It All

Over the last 50-plus years we have seen pronounced trends. People, especially Christians, seem to have a need to go deeper into spirituality. It is the same fruit Satan offered Eve: “…your eyes shall be opened, and ye shall be as gods, knowing good and evil” (Genesis 3:5). This “deeper life” usually comes in one of three ways: First, by placing one’s self under the law of Moses, trying to act Jewish, keeping feast days and Sabbaths, etc. Second, through the doctrine of dying to self, suffering, and practicing self-denial. Or third, a movement that has just about run its course due to its poor track record, the doctrine of receiving the gifts of the Spirit in order to have power with God.

Shortly after God started working in the hearts of young people in the early ’60s, we saw two of these doctrines rise to prominence and steal from God’s truth. Those laboring under suffering doctrine, like the lady who wrote the letter, were rewarded with a contrite soul full of depression. Those who jumped on the wagon of the gifts movement lost sight of God’s full provision through Jesus for both justification and sanctification because they were so caught up in speaking in tongues and other lesser gifts. This doctrine seems to open the door to fleshly, self-centered sins as seen by the many leaders who fall prey to lusts of the flesh. Both doctrines relied on “correcting” the written Word of God. The bondage of “keeping the law” came later and is at its zenith right now. It too will fade with failure.

Over the years we’ve watched all those who jumped into these doctrines become disillusioned—nothing deeper, nothing worth keeping. Every few years a new generation believes that what they are learning is new, and that the rest of us just don’t know the fullness of God. It is sad that the truth of salvation and justification is so simple and so freeing, and yet people want to go deeper—just like Eve.

Jesus Paid it all, all to Him I owe!

Buried with him in baptism, wherein also ye are risen with him through the faith of the operation of God, who hath raised him from the dead. And you, being dead in your sins and the uncircumcision of your flesh, hath he quickened together with him, having forgiven you all trespasses; Blotting out the handwriting of ordinances that was against us, which was contrary to us, and took it out of the way, nailing it to his cross.
Colossians 2:12-14

3 thoughts on “Jesus Paid It All”