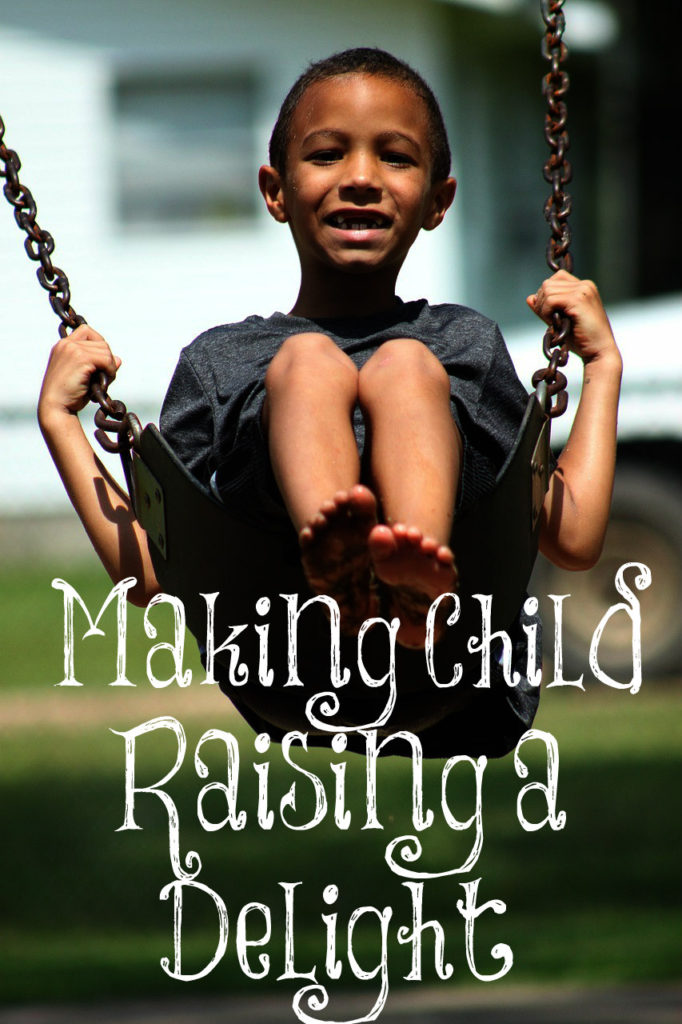 “The rod and reproof give wisdom but a child left to himself brings shame to his mother” (Proverbs 29:15).

“The rod and reproof give wisdom,…. Are the means of giving wisdom to a child, reproved by its parent with the rod; and of driving out foolishness from him, and of making him wiser for the time to come; he shunning those evils for which he was before corrected, Proverbs 22:15; So the children of God grow wiser by the corrections and chastisements of their heavenly Father, which are always for their good; and he is a man of wisdom that hearkens to the rod, and to him that has appointed it, and learns the proper instructions from it, Micah 6:9” (Gill’s Exposition).

I had previously thought that parents were not allowed to use anything but a hand to spank their children if they live in California but I was wrong. “Spanking your child with an object other than your hand is also legal, but it must not be excessive in relation to the circumstances which led to the punishment.” We are still allowed to use a “rod” on children anywhere in America as long as it does not physically injure the child. I pray this never changes since this is biblical! Spanking must bring short-term pain to a child in order to accomplish long-term gain.

“…but a child left to himself bringeth his mother to shame; a child that has the reins thrown upon his neck, is under no restraint of parents, but suffered to take his own way, is left to do his own will and pleasure; he does those things which his parents are ashamed of, one as well as another; though the mother is only mentioned, being generally most fond and indulgent, and most criminal in suffering children to have their own wills and ways; and so has the greater share in the shame that follows on such indulgences.” (Gill’s Exposition)

I have personally witnessed parents who do not spank and discipline their children. Their children grow up to have little to no self-control and live a life of destruction. They don’t fear sin because they weren’t taught to fear it as a child. Most of them have grown old with many regrets.

Yes, it’s usually the mother who doesn’t want to “harm” the child because women are more sensitive and emotional. I have also seen women interfere with their husbands’ discipline of the children and this is devastating for the children’s future. We must never be led by our feelings or emotions but live by the truth of God’s Word. The Lord knows that children need a rod when they misbehave because He knows the seriousness and the destructiveness of sin. The sooner parents nip this in the bud, the better for all.

“Correct they son, and he shall give thee rest; yea, he shall give delight unto thy soul” (Proverbs 29:17). We are commanded to chasten our children as God chastens us. Chasten means to inflict pain for the purpose of reclaiming an offender. We chastened our children with a “rod” when they were young and disobedient. It hurt and it worked! None of them would say they were physically abused and none of them are abusive as many proclaim of those who were spanked. Child raising was a pleasure for us since our children obeyed us and were pleasant to be around. They definitely brought delight to our soul!

“Correct thy son, and he shall give thee rest,…. Ease of mind, satisfaction and contentment, freedom from all anxious thoughts and cares; the correction being taken in good part, and succeeding according to wish and design;

“Yea, he shall give delight unto thy soul; by his tenderness to his parents, obedience to them, and respect for them; by his prudent behaviour among men; by his sobriety, diligence, and industry in his calling; by his fear of God, and walking in his ways; than which nothing can give a greater delight and pleasure to religious parents.”

The pain of a spanking has to be greater than the joy of their disobedience. “I believe one of the reasons the Bible speaks so clearly about child discipline is that it doesn’t come naturally to most mothers. We don’t like to see our toddlers cry, and we don’t like to be the cause of their tears. But firm, loving discipline at this age saves many tears and much heartache later on.” (Helen Aardsma)