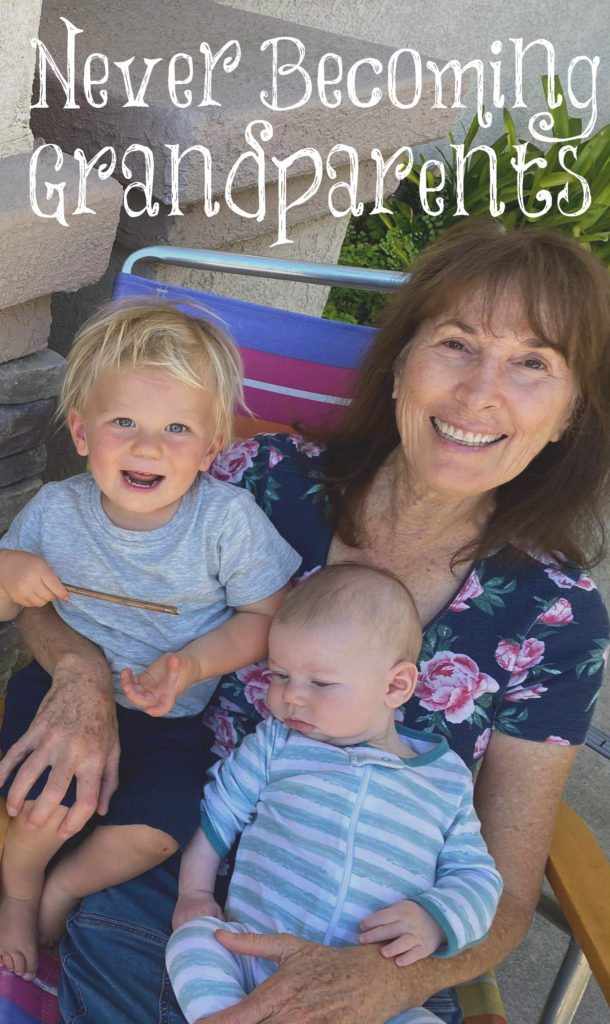 In an article called Thirty, Flirty, and (Not) Thriving, the author wrote about this situation. “Like Jenna Rink, millennials prioritized the superficial markers of achievement while disparaging the idea of marrying or having children in their twenties. Unlike Jenna Rink, they will not be able to turn back time and marry their first love, or have his babies, when they realize what they’ve sacrificed, knowingly or not.”

What does she mostly attribute this to? “This is one of the quiet tragedies of feminism and modernity: the disappearance of intergenerational female friendship. We are now reaping the bitter rewards of a total failure of older American women to convey the inescapable reality of female biology to their daughters and granddaughters. Instead of roadmaps corresponding to reality, millennials were silently handed birth control and college applications; screens took care of the rest. The transvaluation of femininity on the altar of material consumption has normalized a profound lack of charity between women that has been disastrous for us all.”

What is the end result for these women? “We are learning now that parents who outsource moral instruction to the television never become grandparents. In other words, this problem of disappearing parents emerges from a problem of negligent parents. No one was brave or honest enough to tell millennial girls that life isn’t like the movies. A significant chunk of these women will soon pass the point of no return for having kids, and they will face a litany of cascading social and emotional consequences of a lie long believed: namely, loneliness. Put simply, millennials are about to learn the hard way that this cost of endless flirting and thriving is biological denialism, and the cost of biological denialism is death.”

Women are exchanging deep lifelong relationships with one’s children, their spouses, and grandchildren for their careers and materialism. The good things in life aren’t stuff. They’re relationships. Yes, marrying, bearing children, and raising them takes a lot of self-sacrifice, time, and energy, but the fruit that we reap from it can’t be overstated. It’s magnificent!

We took a young couple out to dinner the other night. They knew each other all of their lives. They would have both loved getting married out of high school, but their parents wanted them to go to college, so they went. They married after college. Their parents have since apologized to them for making them wait.

Raise your children to want to marry and have children. Model the goodness of God’s ways. Teach them that sex is for marriage and to use their sex drive to find a godly spouse; “for it is better to marry than to burn.” Women are most fertile when they’re younger, and it wanes as they grow older. Don’t push your children into a future that they don’t want. Don’t make them postpone marriage for secular reasons and goals. Marriage is good, and it’s God’s plan for most young people who are His children.

Lo, children are an heritage of the Lord: and the fruit of the womb is his reward. As arrows are in the hand of a mighty man; so are children of the youth.
Psalm 127:3,4