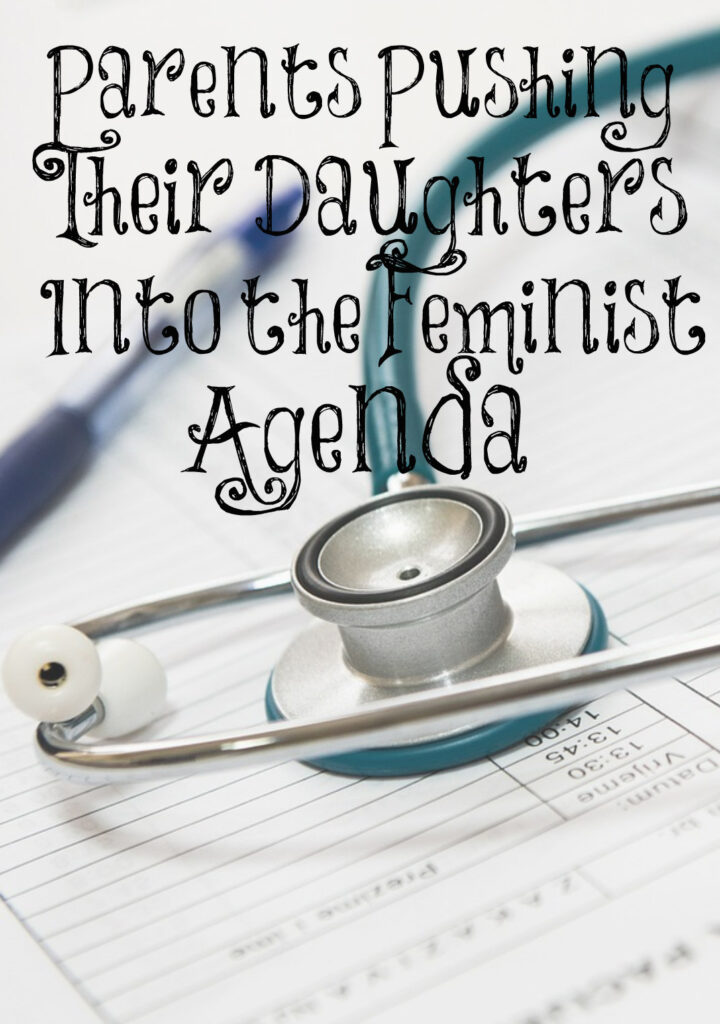 Many young women write to me and tell me that they no longer want the college and career route. They now want to be wives, mothers, and homemakers. Unfortunately, many of these women have parents who want them to finish college and get a career before marriage and child bearing. These parents have fallen for the feminist Kool-Aid and are pushing their daughters into the feminist agenda. It’s heartbreaking!

One young man wrote this on my Instagram: “I was dating a girl and we were headed towards a godly marriage, but her “Christian” parents changed and kept trying to break us apart because they feared she wouldn’t finish medical school or that she would get pregnant during residency. They succeeded, as it was too much for us, and we really needed their support.”

So instead of wanting marriage for their daughter to a godly man and grandchildren for them, these parents prevented this and continued to push the college and career trap onto their daughter. This, in my opinion, is insanity! It’s completely contrary to God’s will for young women. So this young woman will spend her youth and most fertile years in residency and then in a hospital. Maybe she’ll get married after a few years of working. She’ll be older. She may have a baby or two, but she won’t get to stay home with them after spending so much money, time, and energy to get her degree.

All of the female doctors I know personally have told me they regret becoming a doctor. They are now in bondage to their career. They can’t stay home and raise their own children. Their husbands like the money they make and don’t want them to quit. Besides, they have a massive amount of debt they must pay off. This is NOT God’s will for women! This is the enemy’s will. He doesn’t want young women getting married, having children, and being homemakers. He wants them far away from these.

It’s hard to know how to counsel these women who no longer want to be on the feminist hamster wheel, but their parents want them to stay on it. Children are commanded to obey their parents. Once these children are adults, they no longer must obey their parents, especially if they are asking their daughters to do something contrary to God’s will. Sometimes, I will suggest they try to compromise. Maybe attend a community college close to home and go to classes that won’t have godless, humanistic teachings in them such as higher math classes. It’s a tough situation. I am sad that young women are having to be put into these situations, thanks to feminism that has permeated our land, and sadly, most churches as well.

11 thoughts on “Parents Pushing Their Daughters Into the Feminist Agenda”