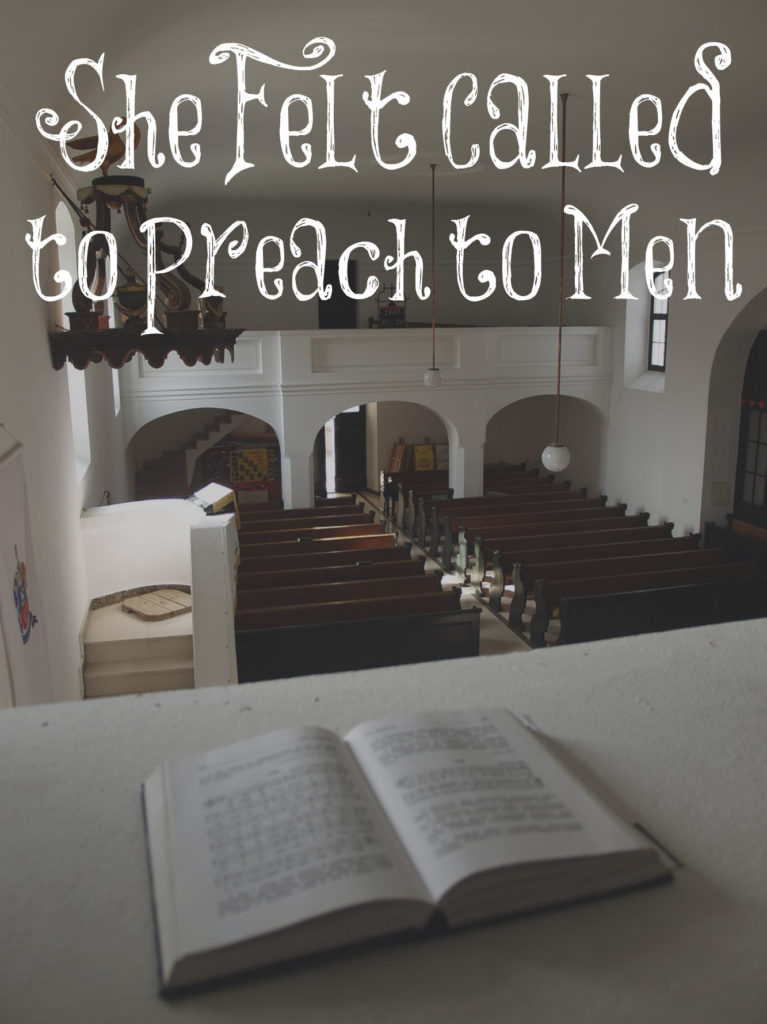 On a video put together by John Henry called “Voddie Baucham Provides Answers about Women Pastors, Teachers, and Elders in the Church,” John goes back and forth between an interview with Joyce Meyer and a sermon being preached by Voddie Baucham to show the fallacy that women make to justify preaching. (I summarized the video.)

A woman who works for Joyce asked her: “When you began your ministry in 1976, what God expected of women was very different from what God was calling you to do. How did you deal with that?”

Joyce answered: “I was so caught up in what I *felt* like God was calling me to do.”

Voddie: “Just because you *feel* like you were called to do something, doesn’t give you the right to overthrow biblical qualifications.”

Joyce: “I didn’t know women couldn’t preach until people started telling me. The church felt like I wasn’t supposed to be teaching. Dave should be teaching.”

Voddie: “‘But I suffer not a woman to teach, nor to usurp authority over the man, but to be in silence’ (1 Timothy 2:12). Because the Bible says so. No one gets to do everything they *feel* they are gifted at.”

Joyce preaching to a huge audience filled with men and women: “We’re all equal. God has gifted me to be up here.”

Voddie: “What if a man *feels* gifted to be a pastor but has several wives? God says he must have ‘one wife.’ Just because you *feel* gifted to do something, doesn’t give you the right to overthrow biblical qualifications.”

Voddie: “The office of the elder is to be a ‘husband of one wife.’ Pastors must be men!”

The author of the video, John Henry said, ‘The question asked to Joyce Meyer was Cultural Marxism, Feminism, and even Christian Progressivism. It wasn’t based on anything biblical. ‘I felt like…’ This is what happens when everything is based on our feelings.”

Then the video switched to an interview with Voddie on CNN after Sarah Palin was selected as Vice President candidate:

Voddie when asked about Sarah being selected as VP when women weren’t even supposed to preach in the churches: “Feminism has gained a foothold in many evangelical churches. Culture doesn’t dictate truth. The Gospel dictates truth.

CNN moderator: “What about Deborah?”

Voddie: “The fact that something happened doesn’t mean it’s normative for the Church. In Isaiah 3, we’re told a sign that a nation is under judgement is when women are in leadership.”

Another women on CNN used Ephesians 5 to claim that Sarah’s husband laid down his life so Sarah could run for VP, and that working class families must have two incomes to survive. She tried to justify what Sarah was doing.

Voddie: You are playing fast and lose with the text, since it states that the man is head of the wife. You are ignoring that Palin’s role is governed by Scripture, not by what we feel. My job isn’t to translate Scripture into working class families. My job is to be honest with the text. The text say that women are to be keepers of their homes. I will not violate the teachings of Scripture in order to sound more appropriate for the culture. I am a herald of the truth of the Gospel, and my job is NOT to teach the Gospel according to what I think the culture wants to hear.”

For God is not the author of confusion, but of peace, as in all churches of the saints. Let your women keep silence in the churches: for it is not permitted unto them to speak; but they are commanded to be under obedience as also saith the law.
1 Corinthians 14:33, 34