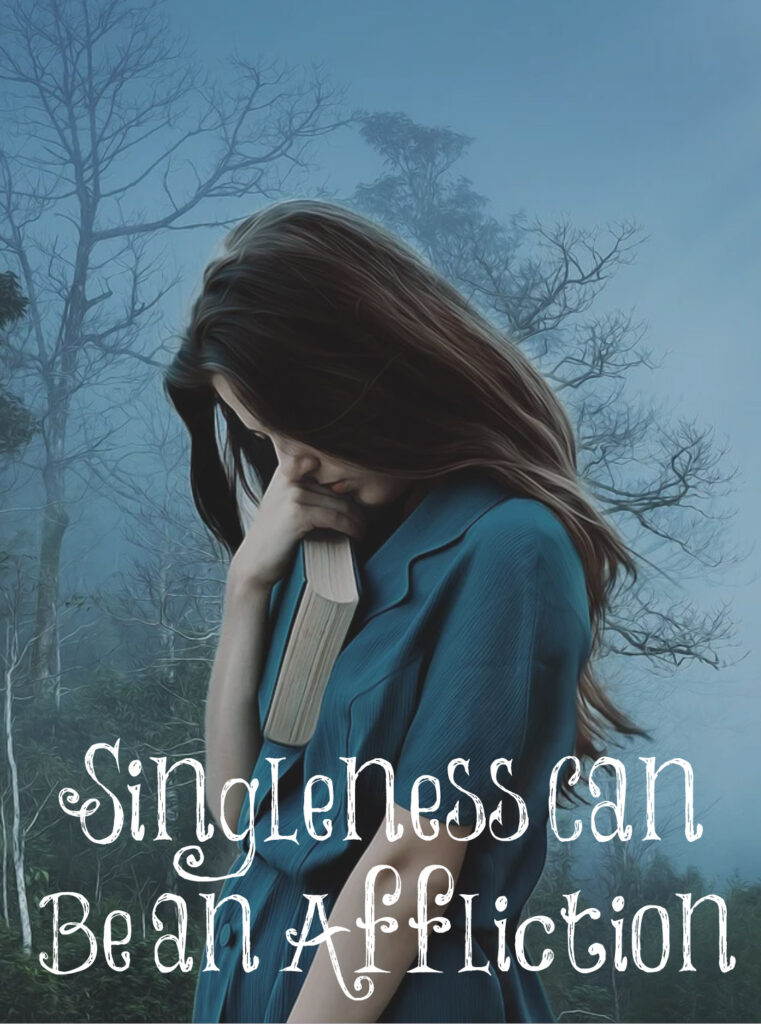 Recently, I listened to a sermon by Douglas Wilson called A Sermon to Unmarried Adults. It was fantastic! Many are trying to convince single adults that singleness is a gift. The Apostle Paul said that what he wrote about singleness was by permission, not commandment (1 Corinthians 7:6). He had the gift of singleness. He didn’t burn. He only wanted to live his life solely for the Gospel and spreading it as far as he could. Most singles don’t have this gift.

I took notes from the sermon, so I will summarize it here, but I encourage you all to listen to it! Before I begin, I liken it to married women who want a baby but are infertile. Their infertility is NOT a gift; it’s an affliction. It’s the same with those who want to be married. This is a normal and good desire. For them, this unfulfilled desire is an affliction, not a gift.

Douglas Wilson preached that marriage today is in crisis. Marriage is a creation ordinance established by God. He is the One who gave the first bride away. One man. One woman. The Fall affected marriage profoundly. Our culture is in a full scale revolt against marriage now. The sad thing is that what culture accepts, the Church eventually accepts. Instead of standing strong against culture, it straggles at the tail end of the Devil’s will. Then righteous living seems odd to most.

In 1950, the average age of marriage for men was 23 and for woman 20. In 1975, it was 23 for men and 21 for woman. However, in 2019, the average age for men to marry was almost 30 and for women 28. This is an enormous shift. Why? There is a revolt against maturity. Our culture delays when young people must grow up. The young people now want to stay perpetually young.

Feminism brought in entitled egalitarianism. They wanted an equality of outcome. Feminists then created soft complementarianism. They’ve turned men into beta males “servant leaders.” (Men are to lead by serving rather than serve by leading.) They want to take the edge off of men, make them more gentle, and say, “Good, you’re a girl.” They want to turn men into women! This has been a corrosive disaster across the board. Men have wimped out.

Why aren’t men getting off the dime and marrying? Why are they so reluctant? This massive civilization crisis has caused a hate towards genuine masculinity. Biblical, loving masculinity (Patriarchy) is called toxic. Our culture hates men! The world and even the churches treat men with contempt. Why do you think so many men no longer want to go to church and marry?

This was the end of the notes I took. He has two more sermons on this topic I encourage you to listen to: Young Men and Their Strength. To Think Soberly.

Watch ye, stand fast in the faith, quit you like men [show oneself to be a man], be strong.
1 Corinthians 16:3

One thought on “Singleness Can Be an Affliction”