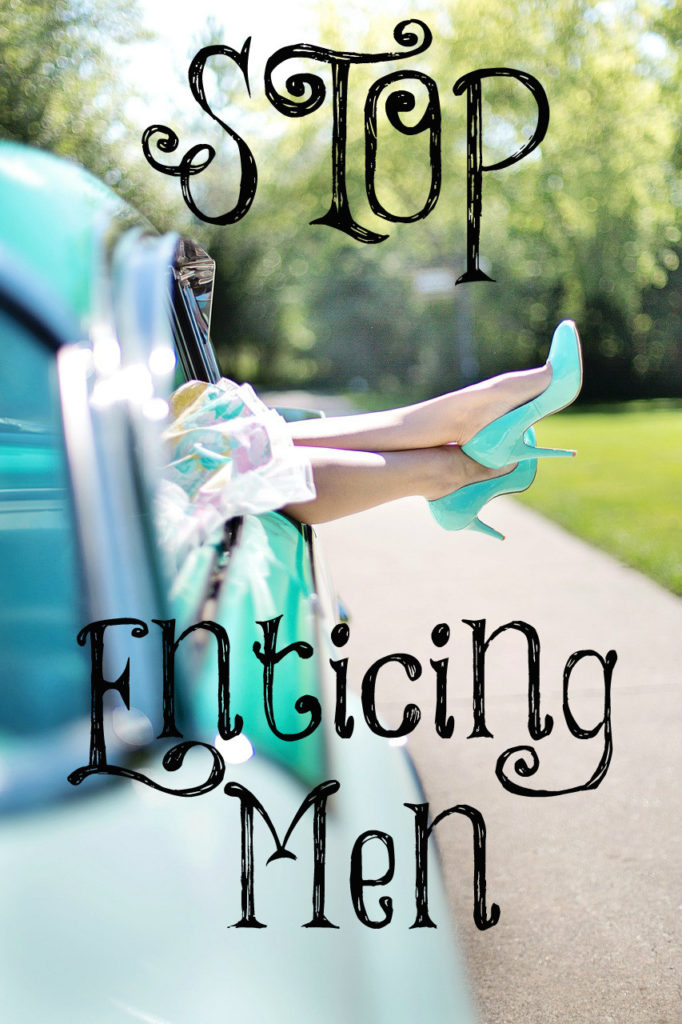 God hates unlawful nakedness. Practically speaking, this is why God gave us clothes: to cover our nakedness. Hence, God was the first tailor, clothes were His idea.

Modesty is especially important for women. Men and women are different. They think differently and are tempted differently in regards to the opposite sex. Generally speaking, men are more enticed by what they see, whereas, women are more moved by how they are treated.

“And it came to pass in an eveningtide, that David arose from off his bed, and walked upon the roof of the king’s house: and from the roof he saw a woman washing herself; and the woman was very beautiful to look upon” (2 Samuel 11:2).

“But I say unto you, That whosoever looketh on a woman to lust after her hath committed adultery with her already in his heart” (Matthew 5:28).

This is why Job said…

For example, the pornography industry is infinitely more successful selling its filth to men than to women. Many women fail to take this in account when they consider how they dress. They don’t see it as a problem because they have no experience in the difficulties it can cause.

This, I believe is why women were addressed specifically in the New Testament concerning dress. All of the apostolic admonitions concerning apparel are directed toward women. This is not because Paul was a chauvinist, as the liberated women would have us to believe. Nor is it because men are free from the obligation to dress modestly, because they most assuredly are not. It is rather because immodesty in attire is more ingrained in the female carnal nature than in that of men.

Without a doubt, the minds of women are more taken up with fashions of dress than any other pleasure. This is clearly manifested by the billions of dollars spent every year on fashions and cosmetics. Dress designers make fabulous sums dreaming up new and exotic ways to reveal the female form in order to attract and stimulate the male passions. How else can one account for the absurd and even grotesque outfits that women gladly wear?

The strongest carnal drive in the man is the desire for power. The spirit of physical and mental competition begins very early in boys. That is why they push and shove and fight from their very childhood. However, as a result of the curse, a woman’s greatest carnal desire is to be desired by men. Thus, apart from grace, the moment that a girl enters puberty the opposite sex dominates her thoughts.

From that point on almost everything she does is, in some way, directed to entice men. Although there are exceptions, this is the general rule. And women instinctively know that men are easily lured by sex. Thus, Paul seems to be saying that all Christian women should be possessed of a certain sense of shame with respect to their bodies and that this shame should, in turn, produce a bashful and modest attitude toward attire. The woman who truly possesses this “shamefacedness” will be conscious that normal men can easily be tempted and that her body, if exposed will possibly be the instrument of eternal perdition to them.

Remember, harlots dress in a specific manner for the sole purpose of drawing attention to their bodies. Ladies, you should seek not just to be adequately covered but should also avoid clothing that accentuates the shape of your body.

You can read the rest of the article HERE.