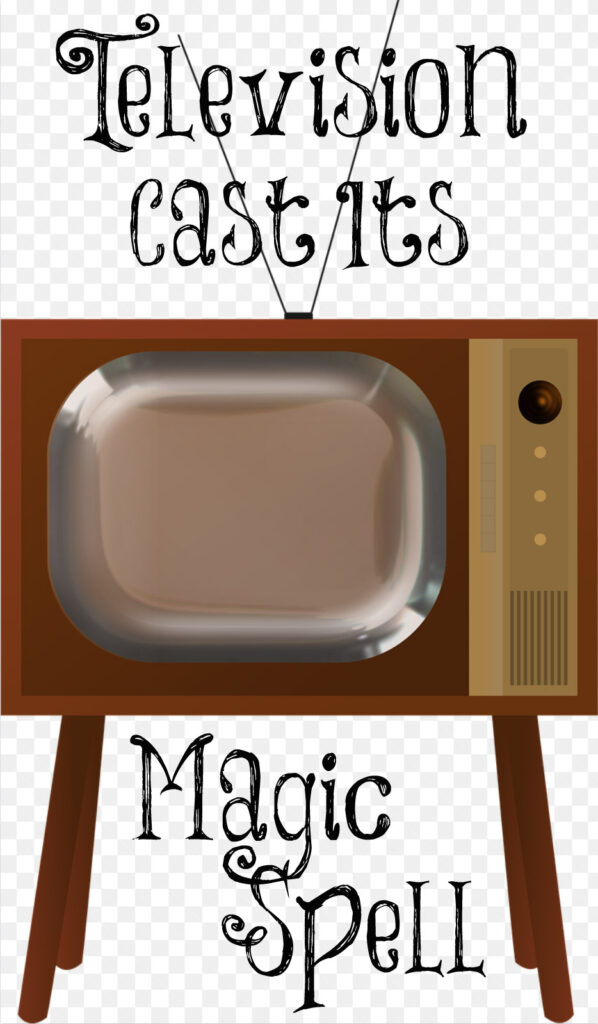 “Like the sorcerer of old, the television set casts its magic spell, freezing speech and action, turning the living into silent statues so long as the enchantment lasts. The primary danger of the television screen lies not so much in the behavior it produces – although there is danger there – as in the behavior it prevents: the talks, the games, the family festivities and discussions through which much of the child’s learning takes place and through which his character is formed. Turning on the television set can turn off the process that transforms children into people.

“Christians should be particularly concerned about television’s interposition between parents and children. We have the responsibility to train our children in knowledge of God, in His character, in obedience to His laws. We carry out that duty most effectively in the natural course of things – eating together, running errands, working around the house, traveling, playing, visiting with friends. Television competes with this process of natural instruction. While children are watching television, they are not receiving training from us. They are not gaining experience in obeying their parents, relating to their peers, serving people, or anything else.

“Parents who, consciously or unconsciously, use television to withdraw from active child rearing will likely suffer the consequences. Children who are not disciplined properly grow more willful and harder to handle with every passing year. Parents who substitute television for training can expect that their children will grow more rebellious and less disciplined. Television may be an effective narcotic for undisciplined children; but the temporary peace brought by television may have long-range side effects as children grow less compliant and parents less confident to deal with them. ” (Written in an article by Kevin Perotta “Watching While Life Goes By” in Christianity Today, April 18, 1980. The words are psychologist’s Urie Bronfenbreners.)

These words from 1980 are still applicable today, but now they include computers, iPhones, iPads, and all of the other different screens that are stealing our time away from doing what’s most important with the people you love. Store your treasures in things that are eternal rather than in things on this earth that will decay and burn.

One thought on “Television Casts Its Magic Spell”